The Warriors appear to be on a collision course with the Oklahoma City Thunder in the first round of the NBA playoffs, and Russell Westbrook is heating up.

in a postgame interview with TNT’s Jason Terry, Westbrook said he had one person in mind during his historic performance: Rapper Nipsey Hussle, who was shot and killed in Los Angeles on Sunday. 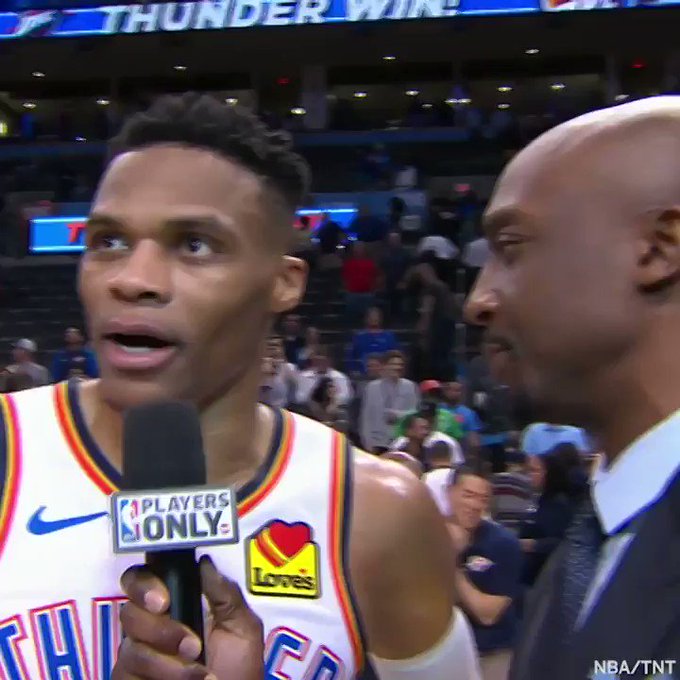 “That wasn’t for me … that’s for my bro man. That’s for Nipsey.”@russwest44 dedicates his historic performance to Nipsey Hussle.

Tuesday was only the Thunder’s third win in the last 10 games, but Westbrook’s second consecutive triple-double. Could this be the performance that gets the Thunder back on track?

The Warriors would still feel confident about Durant’s first postseason matchup with his former team, but that doesn’t preclude Westbrook from giving Golden State problems.