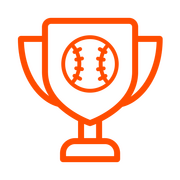 Looking to find out more information about the Los Angeles Angels? Well, you have certainly come to the right place! Here at SportsTips, we are obsessed with all things sport, and this includes what many believe to be the greatest sport of all; MLB. Read on below, we have all the information you need!

Have a read on below at some quick stats and facts on the Los Angeles Angels to get you started:

While the Los Angeles Angels have only one World Series to their name in 2002, they also created history when along with the Washington Senators (now the Texas Rangers), they became the first-ever teams to be awarded an expansion license in 1961 to enter the MLB.

The Los Angeles Angels, had a horrible debut season when they finished eighth in the American League, while it got slightly better the next year as they finished third, but then dropped down between fifth and eighth spot the following years.

A new name ahead of the 1965 season as they were now known as the California Angels (which lasted until 1996), couldn’t spare them any joy as they had another losing season managing 75 wins.

Fast forward to the 70s and the Angels made an audacious trade ahead of the 1972 season where they gave away Jim Fregosi for Nolan Ryan in return, who would spend seven years at the Angels, even with the addition the Angels didn’t even move up as they finished in fifth place.

After letting Fregosi go ahead of the 1972 season, he returned to the franchise this time as a manager for the 1978 season. In his debut season as manager the team finished second, however, it did set up for the season ahead.

In just his second season in charge of the team, Fregosi led the Angels to their first postseason appearance in 1979 after the team had finished first in the American League West with 88 wins (one more they had the year before).

With the Angels finishing first meant they went straight to the American League Championship Series (ALCS), where they would face the Baltimore Orioles (who finished first in the National League), their maiden showing is one to forget as they lost the series.

They made the ALCS again two more times in the next seven years as the team was up and down on form and made the ALCS in the 1982 season (where they lost to the Milwaukee Brewers 3-2), and the Red sox in the 1986 season losing the series 4-3.

That was the most joy they would have for the next fourteen years and the Angels were not competitive in the 90s. Since their 1986 ALCS defeat, the only time they got close to the postseason was in 1995 where they managed to finish in second place.

Two years later they had a new name and this time they were playing as the “Anaheim Angels”. After finishing second for two consecutive years for the 1997 and 1998 seasons the Angels dropped off and finished in fourth and third for the next two years before the 2002 season.

The Angels defied belief when they won the 2002 World Series in their first-ever World Series appearance after finishing the regular season in second spot with 99 wins. Their opponents in the ALDS and in the ALCS didn’t seem to trouble the Angels as they defeated the New York Yankees 3-1 and the Minnesota Twins 4-1 respectively.

However, they faced a tough contest against the San Francisco Giants in the World Series as by game 4 it was a 2-1 scoreline. The Giants won games 4 and 5 and they had a 3-2 advantage, but the Angels hit back in game 6 to tie the series and to make sure they would go to the decider and force a game 7.

The Angels won the decider as they claimed their maiden World Series in their first appearance. The next year the Angels suffered a bit of a hangover, they didn’t make it to the 2003 postseason. However, they returned to postseason action in the 2005 season but fell to the Boston Red Sox in the ALDS.

By 2005 they were once again under a new name this time they were the Los Angeles Angels of Anaheim and had a pretty decent five-year burst and they made the postseason four times, starting with an ALCS defeat to the Chicago White Sox.

They made the ALDS back-to-back in the 2007 and 2008 seasons where they crashed out to the Red Sox on both occasions. To round out the mini postseason spurt, they managed to once again find their way to the ALCS in 2009, this time falling to the New York Yankees.

Despite falling to the New York Yankees in the ALCS, the Angels delivered one of their best pieces of business, when they drafted Mike Trout with the selection of the 25th pick in the MLB draft.

After spending two years in the minor leagues, Trout got his debut in 2011, and showed glimpses but it wasn’t until a year later when he started turning heads, and he claimed the 2012 Rookie of the Year award.

Since then Trout has been a major component to the Angels organization as he is an eight time All-Star, eight time Silver Slugger award winner (his most recent in 2020) and two time Hank Aaron award winner. They returned to the postseason again in 2014 when they fell to the Kansas City Royals in the ALDS, however, that was the last time the Angels have made it to the postseason.

Two years later, they were back under the Los Angeles Angels name tag and since 2016 the highest the team has finished is in second spot which occurred in the 2017 season. The Angels, despite it being a shortened season, finished the 2020 season with 26 wins placing them fourth in the American League West.

As soon as more information about the next season comes to light, we will provide our expert MLB picks and preview for the Los Angeles Angels in the 2021 season, so make sure you stay tuned!

August wasn’t particularly kind for the Angels either, which saw them have three wins in their opening five games and by August 4 they were at +4667. From there, their odds moved up ever so slightly as their form fluctuated and between August 12 to August 19 the team only won once, by August 20, they reached +15000 odds.

A few days later, on August 27, the Angels were valued at their highest odds of the season when they were at +20000, however, it just got higher and higher when they entered September.

At the beginning of September they suffered a defeat to the San Diego Padres, but they responded by winning their next five games (which included two wins in one day), but even that wasn’t enough to lower their value as by September 8, they were at +50000.

Two days later, they were valued at +75000 following two defeats in three games, but between September 20 and September 25 the Angels won three consecutive games, but even that wasn’t enough to influence the market and they finished with +150000 odds on September 25.

When looking at the run line, the Angels were placed 27th in the MLB for the overall record, and they finished the season with 26-34-0. When they were the home team they jumped into the MLB’s top 20 as they were 18th with a record of 14-17-0. They slipped back down the rankings this time to 24th when they were the away side and they had a record of 12-17-0.

Still got some burning questions about the Los Angeles Angels? Well, we have answered some of the most common questions people have, hopefully, you will find the answer you are looking for below!

Where do the Los Angeles Angels play?

Who owns the Los Angeles Angels?

Have the Los Angeles Angels won an MLB World Series?

The Los Angeles Angels have only won one World Series which occurred in 2002.

Who is the Los Angeles Angels general manager?

Perry Minosian is the general manager of the Los Angeles Angles.

What is the Los Angeles Angels record?

Fans of the Los Angeles Angels are all wanting to know if they won the game last night. You can find more information in relation to the team’s recent form in games on the page at the top.

How much are the Los Angeles Angles worth?

According to Forbes Magazine, the Los Angeles Angels are worth $1.975 billion.

Who do the Los Angeles Angels play tonight?

Like a lot of things in the MLB, things change pretty quickly. So, if you are looking for more information about who the Los Angeles Angels play tonight, you have come to the right place. We have all this information for you in detail, you can find these details for upcoming games at the top of the page.

How to watch the Los Angeles Angels?

You can watch the Los Angeles Angels games on Fox Sports West and on MLB.TV.

Will the Los Angeles Angels make the playoffs this year?

The Los Angeles Angels did not make the playoffs in the 2020 MLB season as they finished in fourth place in the American League West Division with a 26-34 win-loss ratio.

Will the Los Angeles Angels get the 1st pick in the MLB draft?

The Los Angeles Angels have the ninth pick in the 2021 MLB draft.

When do the Los Angeles Angels play?

Where did the Los Angeles Angels finish the season?

The Los Angeles Angels finished the 2020 MLB season in fourth place in the American League West.

How many games did the Los Angeles Angels win?

The Los Angeles Angels won 26 games during the 2020 MLB season.