Don't miss our picks for the MLB today. Check them out below! 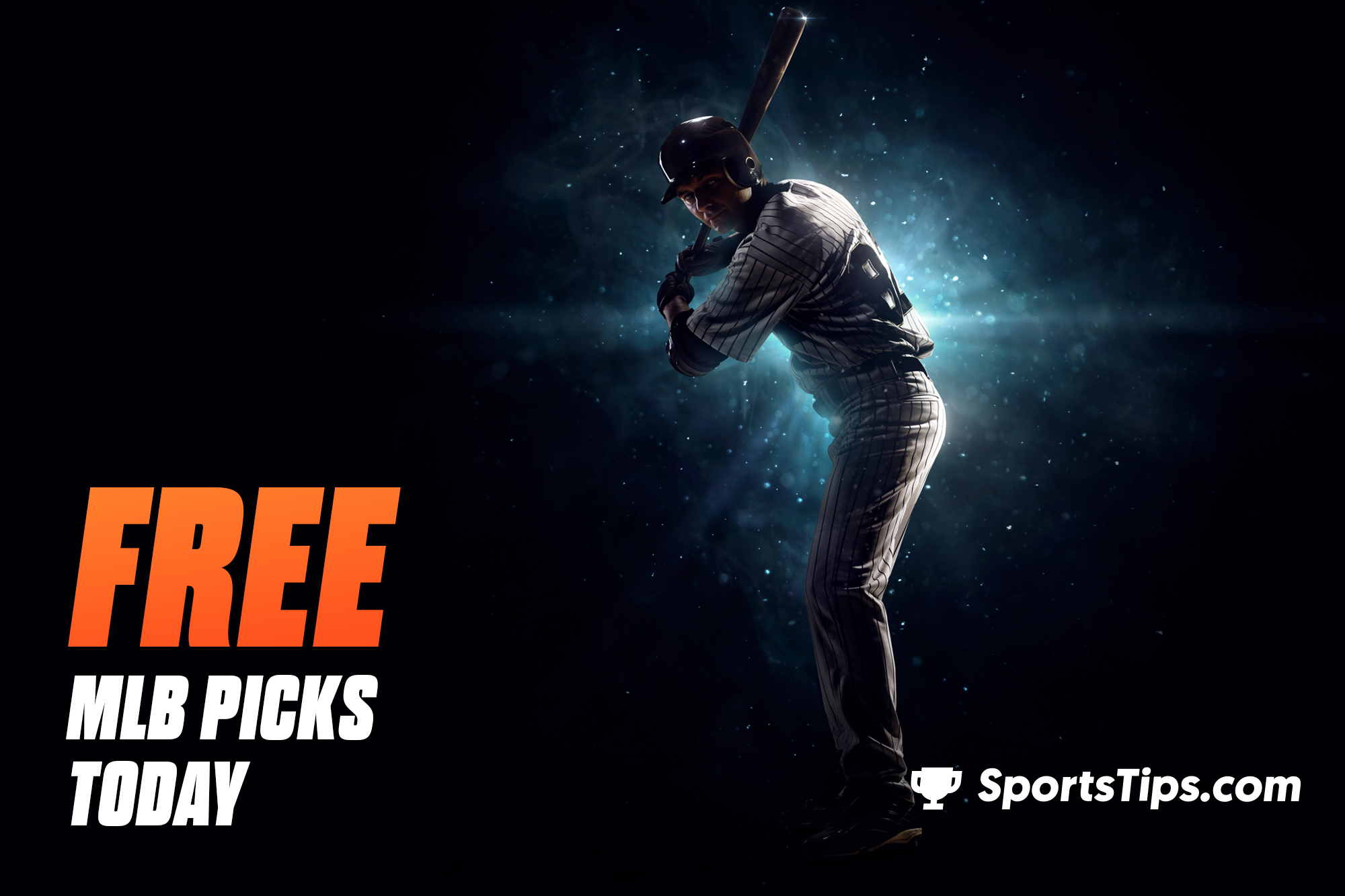 The weekend is almost here, and what better way to kick things off than with five free moneyline picks for today’s MLB action!

Two NL Central division rivals will face off on Friday afternoon, when the Chicago Cubs host the Milwaukee Brewers at Wrigley Field.

Milwaukee have a division leading 11-7 record thanks to their most recent 4-2 victory over the Padres in San Diego on Wednesday. The win completed a three game road series sweep for the Brewers, who outscored the Padres 13-3 in that time.

Omar Navarez matched it with San Diego off his own bat, recording two runs, two hits and two RBIs from his four at bats on Wednesday, however it was Milwaukee’s bullpen depth that was the key to their success.

After Milwaukee’s starting pitcher (Adrian Houser) left the mound with five hits, two earned runs, two walks and just two strikeouts in 4.2 innings, the remainder of the Brewers rotation collected 11 strikeouts and allowed just two hits and zero runs for the rest of the game.

As for the Cubs, they have recently won three consecutive games for just the second time this season, finishing their three game set against the Mets with a 3-0 sweep.

Kris Bryant, Anthony Rizzo and Javier Baez all scored three runs in Wednesday’s 12 run demolition, as the Cubs scored 10+ for the second time in four games, despite entering this week with the fourth fewest runs scored in Major League Baseball.

Baez scored again on Thursday, however it was Trevor Williams’ strong pitching performance that led the Cubs to their first series sweep of the 2021 season.

The Brewers on the other hand, have been one of the best and most consistent teams in the league this season, having already swept the Cubs earlier this month and recently sweeping the Padres in San Diego.

With that in mind, we like Milwaukee to continue their solid early season form, getting a win on the board in game one of their three match series in Chicago.

Two sides that flipped the script on their early season form will face off on Friday night, when the Baltimore Orioles host the scorching hot Oakland A’s.

Since their 1-7 start to the 2021 MLB season, Oakland have won their last 11 games, improving to a 12-7 record, which giving them the equal second most wins in the league.

The A’s recently completed a three game sweep over the Twins, winning the third and final game of their set in a 13-12 shootout. Despite allowing Minnesota to score 12 runs on Wednesday, Matt Olson, Seth Brown and Elvis Andrus all scored twice, leading Okaland’s talented lineup to an impressive three run 10th inning that secured the A’s the victory.

Contrastingly, the Orioles have regressed since their 3-0 start to the season, winning just five of their past 15 games, resulting in a 8-10 record.

In their last outing, Baltimore suffered a 0-3 shutout loss against the Marlins in Miami. The Orioles have now been shutout three times this year, as their lineup is ranking in the bottom 10 teams in the league when looking at runs scored and team batting average.

Not only are the A’s coming into this matchup with a better record and better form, but Oakland will also have an advantage at the mound on Friday with Cole Irvin making his fourth start for the year. In his last outing, Irvin threw a six scoreless innings and struck-out seven Detroit batters in the A’s 7-0 victory.

Looking for their 12th consecutive victory, Oakland are undeniably the hottest team in the league right now. Their lineup is averaging the ninth most runs per game in the MLB (4.74), while their bullpen has allowed two runs or less in five of their past six games and will be welcoming back the in-form Cole Irvin.

As well as that, Baltimore has given Jorge Lopez the ball for Friday’s clash. The A’s lineup should be licking their lips with Lopez at the mound, as the right hander has a 8.56 ERA and a 1.32 WHIP from his two starts this season.

The Tampa Bay Rays will host the Toronto Blue Jays on Friday night for the first match of a three game set between these two AL East division rivals.

Friday will be the seventh match of Toronto’s nine game stint on the road, currently 2-4 in their previous six games after recently defeating the Red Sox in the final game of their two match set in Boston.

The Blue Jays won Wednesday’s game 6-3 at Fenway Park, outscoring the Red Sox 4-0 in the opening two innings of the match to set up the three run victory. Seven pitchers were active in Toronto’s rotation on Wednesday, however only Tommy Miltone conceded multiple runs against Boston’s No. 1 ranked offense.

As for the Rays, they have won five of their past six games, sweeping the Yankees and winning the first two games of their series against the Royals. In that time Tampa Bay won each of their games by an average of 4.2 runs.

However, the Royals ruined the Rays quest for back to back series sweeps on Wednesday, defeating Tampa Bay 8-9 in Kansas City and subsequently ruining Tampa Bay’s perfect road trip with a walk off hit at the bottom of the ninth inning.

Tyler Glasnow will be taking the mound for the Rays on Friday, for what will be his fifth start of the 2021 season. Glasnow has a 0.73 ERA and 0.65 WHIP in his 24.2 innings pitched this year, having given up just two runs on nine hits with 36 strikeouts.

Although the Blue Jays have been the superior pitching team when looking at ERA this season, the inclusion of Glasnow will give Tampa Bay the advantage at the mound on Friday. As well as that, the Rays are the equal third best offense in the league when looking at runs scored this season, which should be enough to get them over the line at home in this series opener.

After kicking off their four game series in Boston on Thursday, the Red Sox and the Mariners will face off again on Friday night.

As a result of Thursday’s head to head, Seattle improved their record to 12-8 after a 7-3 10th inning victory, while Boston now has a  12-8  overall record this season.

In Thursday’s game, scores were tied at 3-3 at the bottom of the ninth inning after solid pitching execution from both bullpens.

However, Boston elected to bring Darwinzon Hernandez to the mound instead of bringing back Matt Barnes, who had only thrown 12 pitches in the ninth. This proved to be a game deciding error, as Hernandez was hit twice for three earned runs and a walk, allowing the Mariners to get out to an unassailable 7-3 lead.

At the top of the 10th for Seattle, Taylor Trammell’s bunt moved the extra inning runner to third base, before Sam Haggerty hit a double into left field to give the Mariners the lead. With two runners on base, Mitch Haniger’s 10th inning homer was enough to secure the four run lead and subsequent victory for the Mariners.

With both Martin Perez (Boston) and Yusei Kikuchi (Seattle) boasting +4.70 ERA’s so far this season, this match has the potential to be high scoring.

With that in mind, we like Boston to return to the winners list at home in this encounter. The Red Sox are the No. 1 ranked offensive team in Major League Baseball, having scored the second most runs in the league at the highest team batting average.

Another two sides in the loaded NL Central division will close out our Friday night schedule, when the Cardinals host the Reds for the first game of their three match set in St Louis.

After starting the season with a flurry of strong offensive performances, Cincinnati recently suffered their first series sweep of the 2021 seasons, going down to the Diamondbacks in Arizona.

The Reds lost game one on Tuesday 4-5, game two on Wednesday 5-8 and most recently game three on Thursday 11-14.

Power hitting and poor pitching tells the tale for Cincinnati in their most recent loss, allowing Arizona to pile on six runs at the top of the 10th inning, essentially putting the game out of reach.

Having scored a league high 111 runs through 18 games this season, the offensive firepower is still clearly there, having scored 20 runs in their recent three game set against the Diamondbacks. However, the Reds bullpen will need to improve if they are going to be contenders in 2021.

As for the Cardinals, they will also be coming into this matchup with losses behind them, having recently dropped their last two games against the Nationals in Washington.

After winning the opening game of their recent series against Washington 12-5, St Louis failed to recreate their batting exploits in the two following games, scoring just two runs combined across both losses.

It has quite literally been hit or miss for the Cardinals in 2021. Having scored seven runs or more in six of their eight victories, St Louis have scored the equal ninth most runs in the league. The Cardinals bullpen on the other hand has been one of the worst in the majors, as their 4.67 team ERA ranks them 24th in the league.

As both pitchers are coming off their season debuts last week, we like the Reds to get a win on the road in this matchup. Cincinnati are the superior team offensively, as was evident by their six home runs in Thursday’s loss to Arizona. While the inclusion of Sonny Gray will provide the Reds with an experienced pitcher at the mound, which is what they desperately need