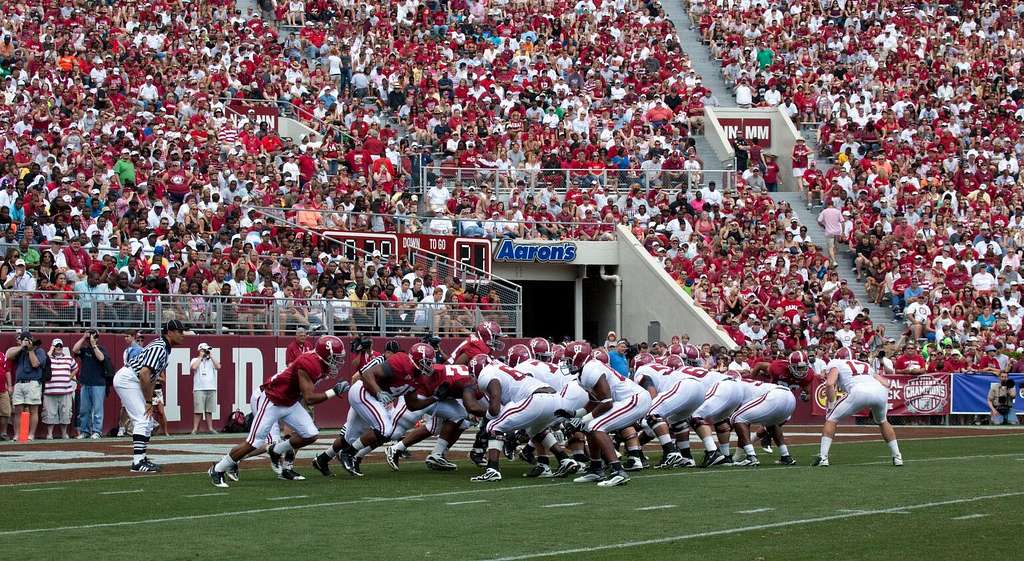 As a result of Notre Dame’s 47-40 double-overtime upset victory over Clemson, the race for college footballs ultimate prize is starting to heat up.

Here are the top three contenders for the 2020/21 NCAA National Championship:

Despite not taking the field this weekend, Alabama has become the favourite to win the 2020/21 College Football National Championship as a result of Clemson’s loss to Notre Dame. Even without their star wide receiver Jaylen Waddle, Alabama’s offense has scored 40+ points in their past five games to remain undefeated this season.

Since allowing 24+ points in three consecutive matches (including 48 points vs Mississippi) the Crimson Tide’s defense has also found form, only allowing a combined 17 points in their past two matches. Including most recently holding Mississippi State scoreless last weekend.

With Trevor Lawrence sidelined due to Covid-19, Buckeyes quarterback Justin Fields is doing everything possible to close the gap as favourite for the Heisman Trophy. Fields threw for 315 yards with a completion percentage of 87.3 to go along with six total touchdowns (five passing, one rushing) in the Buckeyes 49-27 win over Rutgers.

On defense the Buckeyes have been better than their recent scores suggests. Despite allowing 25 points (vs Penn State) and 27 points (vs Rutgers), the Buckeyes have given up a combined 30 points in their last two fourth quarters performances alone. This is a habit that they would like to eradicate, however only allowing 22 points in the other six quarters, Ohio State’s defense is getting the job done when the game is on the line.

However, Uiagalelei was sacked twice on the double-overtime possession. It took a variety of injuries, a positive Covid-19 test to their Heisman favourite quarterback as well as clutch play after clutch play from Notre Dame to beat Clemson, with the Tigers still forcing the game to 2OT. If Clemson and Notre Dame should meet for a rematch in the ACC Championship Game next month, I’d be surprised if the outcome were the same as Saturday night.