March Madness is finally here, kicking off with the First Four! Who will punch their ticket to the actual tournament? We have the best March Madness predictions for you to cash your bets! 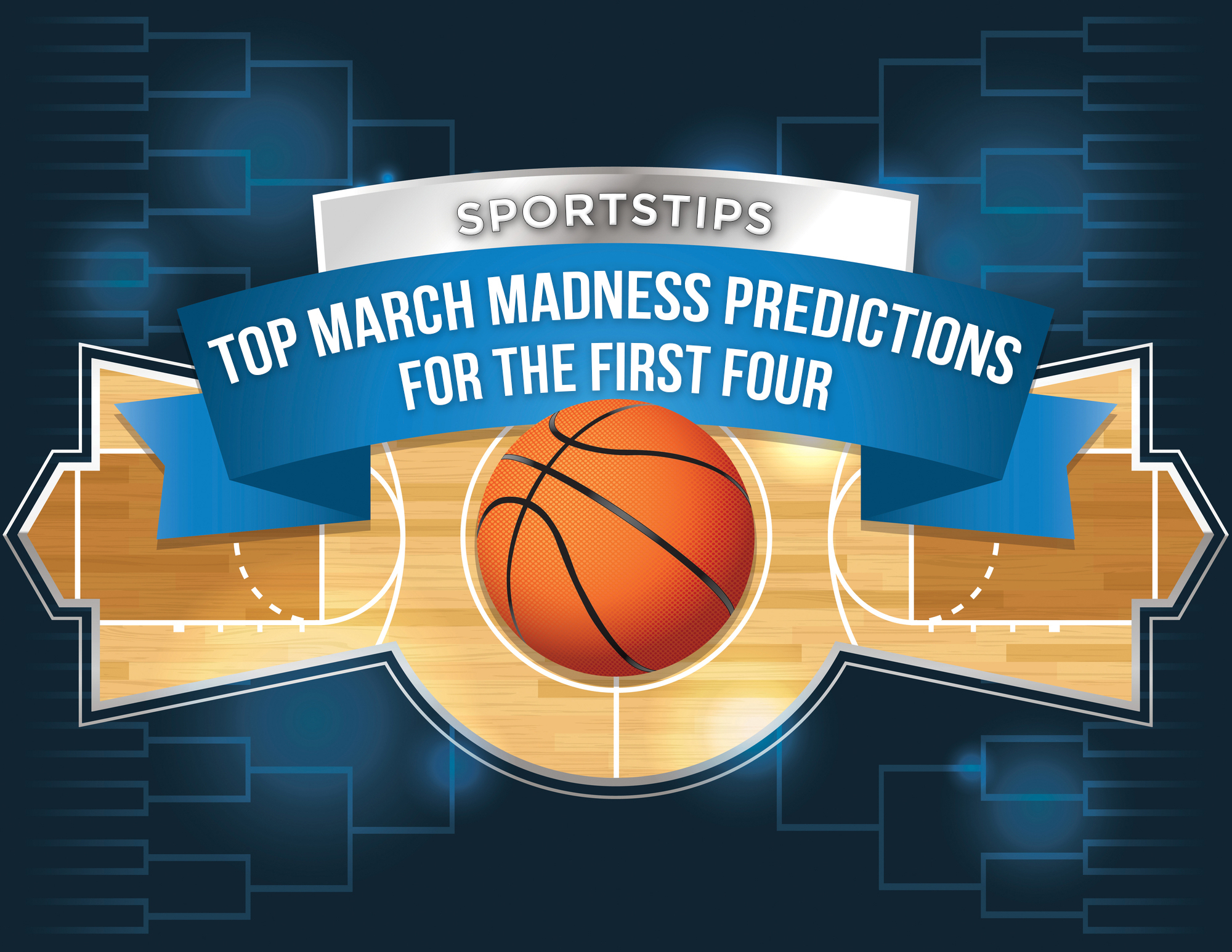 Texas Southern enters the tournament as the winners of the SWAC conference tournament, finishing 16-8 overall. They beat both Jackson State and the Prairie View A&M, both of whom had finished undefeated during the regular season.

The Tigers are 36th in the country in points per game at 80.7 and are allowing 65.7 points per contest. They are a quality shooting team, hitting 48.9% of their shots, 47th overall. They have also been great on the glass, 12th in the nation in rebounds per game at 40.7. The Tigers are led in scoring by Michael Weathers, averaging 16.2 ppg. John Walker III is second in scoring (12.1) and in rebounding (5.3).

Texas Southern knocks off Prairie View A&M for the SWAC Tournament Championship and a trip to the Big Dance! #MarchMadness pic.twitter.com/rOe38rdYlH

They are shooting 43.7% from the field and are 31st in rebounds at 38.0 per game. Jalen Gibbs leads the Mountaineers in scoring at 16.5 ppg. Damien Chong Qui is second at 14.9 points per contest. These teams have not played each other before. Texas Southern has won four straight games as has Mount St. Mary’s.

Drake enters at 25-4. They lost to Loyola-Chicago in the Missouri Valley Conference tournament finals, earning an at-large bid from the NCAA. Drake is averaging 78.1 points per game, 43rd in the country, while allowing 64.1 points per contest.

The Bulldogs are shooting 49.8% from the field, 10th overall in the country. They are averaging 33.8 rebounds per game. Drake is led in scoring by ShanQuan Hemphill at 14.1 ppg. He is listed as probable for Thursday’s game. Joseph Yesufu is second at 11.6 points per game. Daniel Brodiie leads in rebounds at 7.0 per contest.

Wichita State lost in the AAC tournament to Cincinnati, 60-59. They also earned a trip to the tournament as an at-large bid. They finished 16-5 overall. The Shockers are averaging 73.3 ppg while allowing 67.8 points per contest. They are an outstanding rebounding team, 85th in the country at 34.3 per game.

However, the team is shooting just 41% from the field, ranked in the bottom 40 in the country. Tyson Etienne leads the team in scoring at 17.1 ppg. However, he is only shooting 38.2% from the field. Alterique Gilbert is second on the team in scoring at 10.1 points per game, but he is not any better as a shooter, hitting 34.4% of its field-goal attempts and just 30.4% of three-point attempts.

The last time these teams met was February 2017 when Wichita State defeated Drake 77-69. The Shockers have won the last 10 meetings between these teams.

Appalachian State finished 17-11. The Mountaineers earned an automatic bid by winning the Sun Belt conference tournament, defeating Georgia State in the finals, 80-73. Appalachian State is averaging 70.8 ppg while allowing 64.1 points per contest, 48th in the country.

They are shooting 42.1% from the field and 31.2% from three-point range. The Mountaineers are led in scoring by Adrian Delph at 12.4 ppg. Donovan Gregory is averaging 11.6 points and 5.3 rebounds per game, shooting 52.5% from the field.

THE STAGE IS SET!

We will take on Norfolk State in the NCAA Tournament on Thursday!#TakeTheStairs pic.twitter.com/fhvHkOx8Oi

Norfolk State finished 16-7. They won the MEAC tournament, defeating Morgan State 71-63. The Spartans are averaging 74.9 ppg, 87th in the country, while allowing 70.0 points per contest. They are shooting 43.5% from the field and 36.4% from three-point range.

Appalachian State is led in scoring by DeVante Carter at 15.9 ppg. He is second on the team in rebounding at 5.0 per contest. These teams have not faced each other before.

The Bruins are led in scoring by Johnny Juzang at 14.2 ppg. Chris Smith is second in scoring at 12.6 points per contest and is the leading rebounder at 6.4 per game, however, he is out for the season.

Michigan State finished 15-12, losing to Maryland in the conference tournament, 68-57. They earned an at-large bid as well. Michigan State is averaging 69.5 ppg, while allowing 70.7 points per game.

They are shooting 42.5% from the field and 32.2% from three-point range. The Spartans have been a little bit better from the free-throw line, connecting on 72.9% of their attempts. Aaron Henry leads the team in scoring at 15.5 points per game and is second in rebounding at 5.5 per contest.

These teams have faced each other four times, with Michigan State winning the last two, including a 75-62 victory in November 2019.