College basketball continues this Tuesday, with 6 massive match-up’s slated for the day! 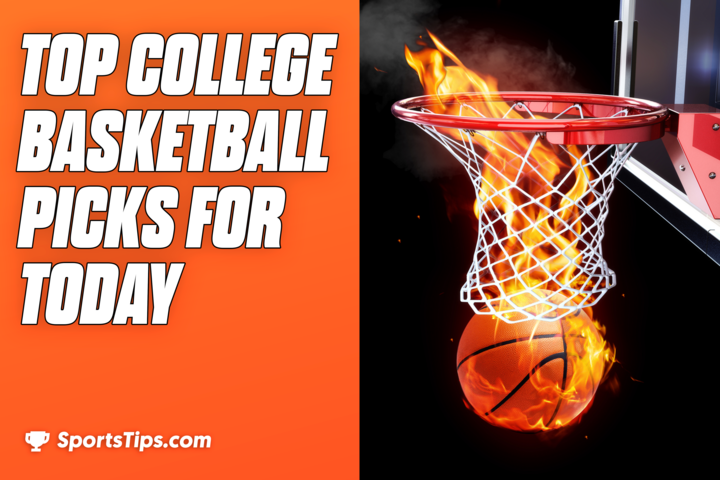 It’s set to be another huge week in college basketball.

After last week’s upset loss to San Francisco, Virginia will be out for revenge this Tuesday against St Francis PA. The loss catapulted the side out of the top 5, breaking their nine-game hot streak which had dated back to early February.

Virginia are now desperate to find some form, dropping from a 51.7 percent (15 of 29) behind the arc, to missing nine out of their 12 shots from 3-point range against the Dons last week.

While St Francis already has one win on the board against an ACC Opponent, opening the season with an 80-70 win against Pittsburgh; the side also hit a downward slope, losing 80-65 against Maryland Baltimore County in their home opener.

Both teams are coming off a loss, but the match is in Virginia’s favour currently being played on their home court. The Red Flash will pack their bags and head to the home town of the Cavaliers, in Virginia’s home opener in Charlottesville, VA.

#9 Creighton returns to action on Tuesday with its first regular-season meeting vs. Nebraska-Omaha in 25 years.

Creighton are desperate to continue their winning streak, coming off a 69-58 home victory against North Dakota State on Sunday. Meanwhile, Omaha look to break their initial slump, after falling 70-58 to Abilene Christian on Saturday.

Creighton must ensure they shut down Omaha’s Marlon Ruffin – who has connected on 30 percent of the last 10 3-pointers he’s attempted. The star guard/forward has also made 94.7 percent of his foul shots this season.

It shouldn’t be hard for the defensive unit, however, with Creighton holding 12 of its non-conference opponents to a meagre average of 69.1 points per game last year. Creighton are looking too strong at home currently, and Omaha’s losing streak will continue.

The Blue Devils just crossed the line against Coppin State in their opener on Sunday, following an up-and-down performance which saw the side snag the win 81-71. Now, they come up against a much more seasoned, and difficult, opponent in Michigan State.

Duke will host Michigan State in the 2020 State Farm Champions Classic – where Michigan State will enter the match with a 2-0 record, dominating over both Eastern Michigan and Notre Dame. Their margin wins are also nothing to frown about, with the Spartans taking home their first victory by 16, following up with a 10-point win over the Irish.

Went on a 26-0 run en route to a W over Notre Dame 📽️ pic.twitter.com/SYW8StJX7B

Duke will look to Jalen Johnson to lead the team – after his terrific performance on Saturday. The key forward recorded an astounding 19 points, 19 rebounds, 5 assists and 4 blocks, while also not missing a shot. Teammate DJ Steward was along for the ride, taking home a career high 24 points, also pulling in 9 rebounds to assist the side offensively.

But, the Blue Devils still have some pre-season jitters to work out, and if the 22-turnover performance rears its ugly head again, it will result in a certain loss to the Spartans.

Head Coach, Will Ryan, and the Green Bay ensemble are set for a difficult matchup with in-state rival Wisconsin on Tuesday night. The Badgers are looking to continue their winning streak against the Phoenix side, with a 2-0 start slating them as early favourites.

Wisconsin also astounded the league, leapfrogging the ladder by 3-points, to move from No. 7 to No. 4, after beat downs against Western Illinois and Arkansas Pine-Bluff.

It’s looking like a tough challenge for Green Bay, who haven’t held a torch to Wisconsin for over a decade – their last win against the side was in 2009, and with the match being played away from home for the Phoenix team – things just got a little bit tougher in terms of the W.

Villanova will host Hartford in an early season scrap – where both teams will be looking for their first win of the season.

Hartford came up just short against UConn on Friday, losing 69-57; while Villanova also took home a loss, 81-73 in overtime to Virginia Tech on Saturday.

However, Villanova will have a high-density team on court, with Collin Gillespie, Caleb Daniels and Jermaine Samuels combining to score 48 percent of all Wildcats points this season.

Hartford will be looking for a leader in Moses Flowers, who has connected on 28.6 percent of the seven shots behind the arc he’s attempted. Flowers has also hit 75 percent of his free throws this season.

It’s looking to be a close match-up between the pair, which will come down to key forwards; but Villanova should take home the victory in their home stadium.

The Cats face one of their toughest challenges in the new season – heading into the Champions Classic. The Kentucky outfit have already suffered a premature setback Sunday against Richmond – with Tuesday’s clash against Kansas giving them little time to dwell on their mistakes.

Both sides will enter the game with a 1-1 record, but Kansas is the side who is leading the way in scoring this season, with Sophomore Guard Christian Braun torching St. Joe’s with a whopping 30 points. The star now sits on a season average of 19 points per game.

After 2 matches, Kentucky is up there defensively, sitting 30th nationally in three-point defence – so Braun should challenge the side’s perimeter defence.

Pushing Kansas in the paint is seemingly Kentucky’s best strategy for winning this match – though Bill Self will run a fair play at zone, and force the Cats to make shots from deep, with the side currently ranking 207th nationally in three-point percentage. Kansas are looking, now, to have a slight edge over the Kentucky side.