It is the Divisional Round of the NFL postseason and we have our NFL best bets for all four games! 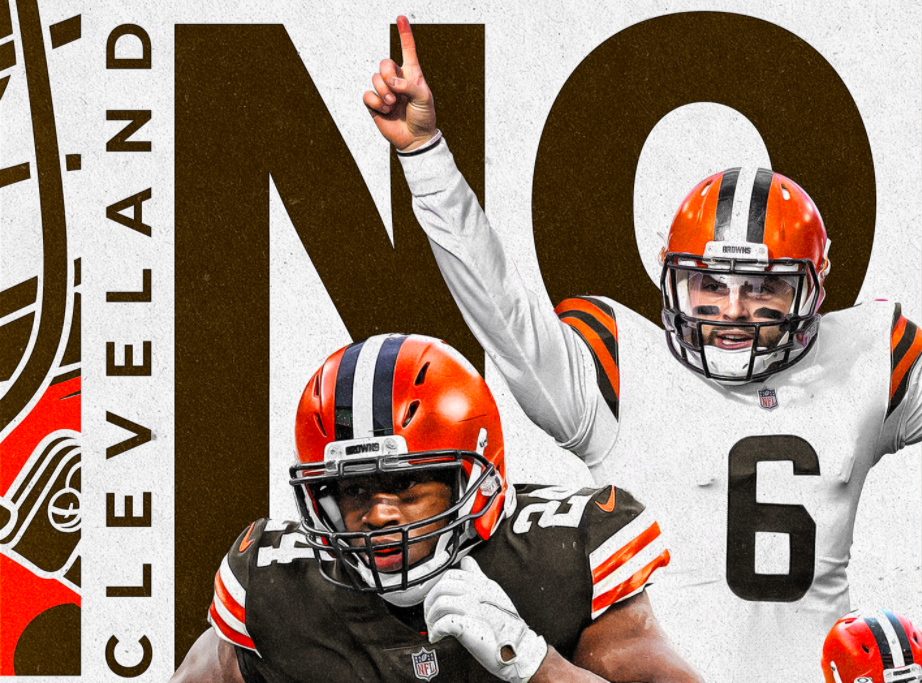 In last weekend’s Wild Card Round, underdogs covered the spread in four of six games and our NFL Best Bets have studied the form and the trends and we think that we will see very similar results this weekend.

The Divisional Round always has close contests and our NFL best bets have underdogs covering in three of four games this weekend! Will the Bills streak continue against a red hot Baltimore Side? Can Tom and the Bucs get their revenge in New Orleans?

Find out below in our NFL best bets for all four games this weekend.

This is a pretty big spread considering that the Rams have the best defense in football this season, but we are backing Green Bay to cover anyway.

This game couldn’t have been scripted any better with the number one offense against the number one defense, but unfortunately for the Rams, they come into this one severely banged up. Sean McVay stated that Jared Goff’s thumb wasn’t ready to go, but when Wolford went down in the first quarter, Goff was inserted into the game and seemed to play fine and free of worry in regards to his thumb. Goff played just over three quarters of game time and completed only 9 of 19 passes for 155 yards, along with one touchdown.

McVay still hasn’t named a starting quarterback for this Saturday, even though it isn’t confirmed whether Wolford can play, as he is still listed as day-to-day. The other injury worries for the Rams include Cooper Kupp, who was diagnosed with bursitis and McVay has said he is good to go, and Aaron Donald, who has torn rib cartilage and is expected to play through the pain.

Torn rib cartilage is apparently a really painful injury and considering that the Packers have one of the best offensive lines in the league, know about the injury and the weather in Green Bay is going to be near freezing for the game, Donald is going to have a tough evening.

The shining light for the Rams is rookie running back, Cam Akers. With the Rams struggling on offense, Akers exploded for 131 rushing yards and a rushing touchdown, along with 45 receiving yards. The Seahawks had no answer for him and the Packers’ defense has struggled at times to control opposing running backs. He could be the X-factor for LA.

The loss of David Bakhtiari is going to be tough for Green Bay to cover, especially with Leonard Floyd, who had 10.5 sacks during the regular season and two last Saturday, attacking the edges. However, they have had to overcome injuries and move pieces around all season and Aaron Rodgers was sacked just 20 times during the season, the second lowest total of the remaining quarterbacks (Drew Brees was sacked just 13 times but also missed four games).

Aaron Rodgers had a season for the ages, throwing 48 touchdowns and just five interceptions, while leading the Packers to the second best record in the league. For his career, Rodgers is 119-84-5 against the spread and when at Lambeau Field, that improves to 61-35-4. Coming off a bye, Rodgers is 10-5-1 against the spread and has had plenty of time to rest and prepare for a bruised and battered Rams defense.

The battle between Jalen Ramsey and Davante Adams is going to be the best of the night, but Rodgers is that much better than the injured duo of Goff and Wolford, while the Packers have too many weapons for the Rams to keep up.

The Buffalo Bills are winners of seven straight, including Josh Allen’s first career postseason win last weekend, and are now hosting a team that may be just as in form as they are, the Baltimore Ravens.

Lamar Jackson has led the Ravens to a six game winning streak, including two against postseason teams, with an average winning margin of 17.33 while restricting opponents to 14 or less in four. Last week, Jackson became the fourth youngest quarterback to lead his team to a double digit comeback in NFL playoff history while completing 70% of his passes and rushing for 136 yards and a touchdown.

The running is where Baltimore can break things open. Jackson’s 136 rushing yards were just part of the Ravens’ 236 total and that has been the pattern all year. Baltimore was the only team in the league to average more rushing yards than passing yards per game, and that is worrying for a Buffalo defense that ranked just 17th against the run. Just last week the Bills allowed Indianapolis to rush for 163 yards, led by rookie running back Jonathan Taylor who had 78 yards and a touchdown. Between Jackson, J. K. Dobbins and Gus Edwards, the Ravens come at you frequently and hard.

In their careers, Josh Allen and Lamar Jackson have combined for 88 Pass TD and 0 INT in the red zone.#BillsMafia x #RavensFlock pic.twitter.com/qSe7OFeo4N

On the other side of the ball, Josh Allen is playing at an MVP level right now and that was highlighted in his history making performance last Saturday. Allen became the first player in NFL postseason history to throw 300+ yards while completing 70%+ of his passes and also rushing for 50+ yards. Over their seven game winning streak Allen has averaged 285 passing yards per game, while completing under 70% of his passes just once. He also threw 18 touchdowns and just three interceptions while adding another four touchdowns on the ground.

The issue for Buffalo is their lack of a running game. Allen’s 54 rushing yards on Saturday was more than the Bills’ two running backs combined and Baltimore’s defense is even better than the one they just faced. The Ravens defense is the sixth best against the pass and eighth best against the run, and with Buffalo having minimal impact from their running game, Baltimore can focus solely on Stefon Diggs and the other Buffalo receivers.

To be getting points with Baltimore, given this game should be closer to a pick ‘em and the Ravens could easily win, we will be taking that every day of the week.

While not the Baltimore v Kansas City clash we were hoping for and expecting, this is a very very interesting clash. Cleveland comes into this one with very good form on both sides of the ball, but they are travelling to Kansas City to take on Patrick Mahomes and the 14-2 Chiefs.

Kansas City enters this weekend as the best team in the NFL after finishing on top of the AFC and had a 10-game winning streak throughout the season. They were the only team to average over 400 yards of total offense per game whilst also averaging nearly 30 points. Mahomes led the league in passing yards per game while Travis Kelce and Tyreke Hill, who both finished in the top 10 for receiving yards, are both tougher than anything Cleveland faced last weekend.

With that being said, the Browns forced five total turnovers against the Steelers last weekend and Mahomes has actually thrown four interceptions in his last three games whilst also having three fumbles, losing one of them. Since their week nine bye, the Browns have gone 7-2 and have forced 12 turnovers over that span.

In the Browns win over the Steelers:

48 points is the most Pittsburgh has ever given up in the playoffs.

Baker Mayfield had the 4th highest QBR ever in a playoff debut.

The Browns stopped the Steelers record of 73 straight games with a sack. (4.5 YEARS)

Browns is the Browns. pic.twitter.com/MbOljRO6kS

The Browns did allow Ben Roethlisberger to throw for 501 yards and four touchdowns and now face a much better quarterback and much more dynamic and threatening offense, but some of the Kansas City players won’t have played in 21 days by kick off on Sunday. Mahomes, Hill and other Chiefs starters sat out their week 17 matchup and then had the Wild Card Round bye, meaning they haven’t played since week 16. Over the last 10 years, teams that have the first round bye who rested players in week 17 have a winning percentage of just 33.33%.

We don’t doubt that Kansas City is an incredible team, but to be getting 10 points with the Browns, who had a great game this weekend and the Chiefs collecting some rust over the last three weeks, is something we would take every day of the week and twice on Sunday.

The matchup we have to wait all weekend for: round three between Tom Brady’s Buccaneers and Drew Brees’ Saints.

While New Orleans dominated the two matchups during the regular season, Tampa Bay come into this game with some incredible form, specifically on the offensive end, and there is a lot of feeling around the league that this will be third time lucky for them.

Since their week 13 bye, the Buccaneers are 5-0 with an average winning margin of 16.2 and they haven’t lost by more than three points, how much the spread is for this game, in over two months, when they played the Saints last. Brady, over their five game streak, has averaged 343 passing yards while throwing a league leading 12 touchdowns and just one interception.

Things will be a lot tougher this weekend. In his two games against New Orleans, Brady has thrown five interceptions whilst being sacked six times and was held to just three points in one of them. The Saints finished the regular season in the top five in the league for total defense, pass defense, rushing defense and scoring defense.

With that being said, the Buccaneers defense is strong as well, finishing in the top eight for total defense and scoring defense while being the best against the run. That will be extremely important against Alvin Kamara who led the league in total touchdowns during the regular season, including his six rushing touchdown performance against the Vikings in week 16.

While Kamara played against Chicago and Michael Thomas returned from his ankle injury, the Saints scored their fewest points in a game with Brees playing, while also averaging less yards per rush and less yards per play than during the regular season.

This is a tough one, as there are two very different formlines for this game. The Bucs have been playing so well lately and the offense seems to be jelling very nicely while their two games against the Saints were completely different.

Looking statistically, Brees is 9-8 in the playoffs while Brady is 31-11 in a matchup that has the highest combined age for starting quarterbacks in NFL history. Also, last weekend there was two games between divisional rivals and the underdog managed to, not only cover the spread, but win straight up.

While the Saints have the best roster, top to bottom, in the entire league, we can’t bet against Brady, especially seeing as he is getting three points in the postseason.

If you need more news, information and NFL predictions, head over to our NFL hub page for all your football needs.