The 5 Most Surprising Teams of the NBA Season So Far

Who has been the most surprising NBA team for you this season? 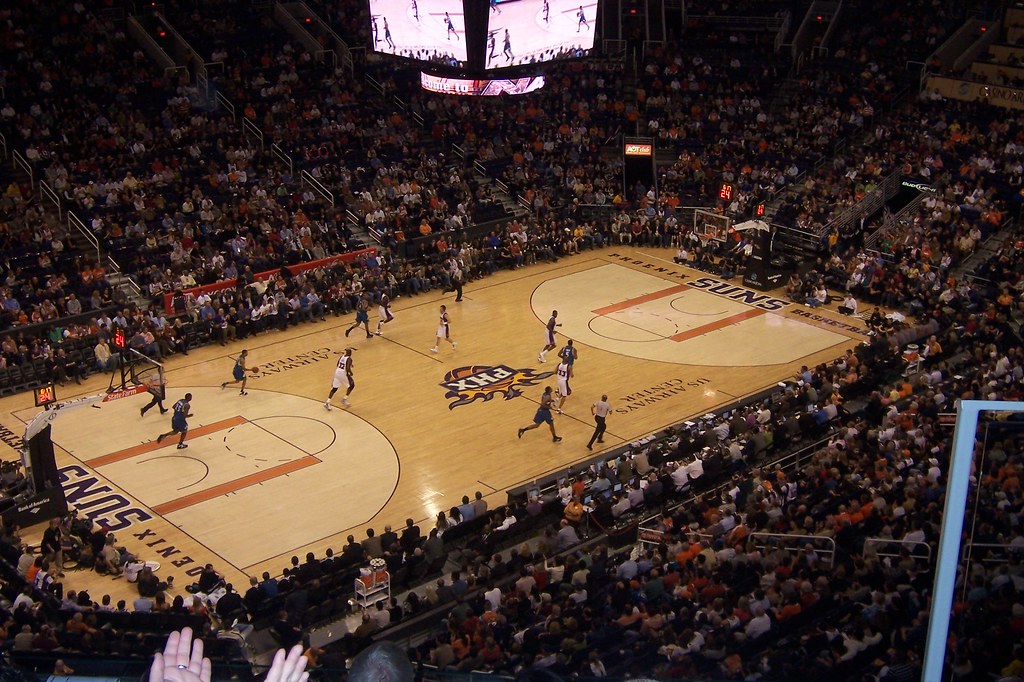 In a flash, we’re already more than 10% of the way through the 2019 NBA season. With most teams having played at least 9 games, the time for “way too early hot-takes” and “don’t speak too soon predictions” are just about over; we officially have enough of a sample size to start making near-definitive calls on which teams are good, and which ones suck hard.

Hint: the Knicks don’t fall within the first category.

But it’s no fun watching teams we all expected to contend for the championship – like the Lakers or Clippers – go about their business, or perennially awful franchises *ahem* Knicks *ahem* continue their supposedly intential stockpiling of lottery picks.

No, the real entertainment lies in seeing unexpected gems with underrated young talent make rapid rises to the top. Or, alternatively, the hot preseason favourites suddenly starting to realise that their carefully-crafted rosters might not be quite as cohesive as had been hoped in the offseason.

Firstly, a couple of clarifications. We aren’t surprised that the Minnesota Timberwolves have started the season off like they have. It should never be a surprise to anyone that a team with the transcendent talent of Karl Anthony-Towns and Andrew Wiggins is starting to figure out how to play consistent basketball.

Similarly, if you couldn’t see 3 months ago that the Miami Heat had sneakily built the nucleus of an Eastern Conference defensive powerhouse right under the rest of the league’s noses, then we have to question your basketball knowledge. We’re still not sold on their offensive capabilities – there’s no way Kendrick Nunn, Goran Dragic and Tyler Herro keep this level of shooting up – but the Heat have been a lock playoff team since they acquired Jimmy Butler.

There’s also nothing surprising about Philadelphia’s early-season struggles on offense. The fit of Joel Embiid, Tobias Harris and Ben Simmons was weird enough without adding in Al Horford and Josh Richardson just to complicate everything. They’ll figure it out; but consider us nonplussed at the fact that their offensive sets can sometimes look like a high-school free-for-all.

With those caveats out the way, let’s get in to the nitty-gritty. Here are our top 5 most surprising NBA teams to start season 2019.

While it’s not a complete surprise to see the Raptors remain competitive in an open Eastern Conference – it was kind of accepted that they’d remain around the playoff mark – it is shocking to see just how competitive they’ve remained.

If anything, Toronto have somehow managed to improve in the absence of Kawhi Leonard. Before fracturing his thumb, the veteran Kyle Lowry – who many thought might finish the season playing in a different country, as an obvious piece of trade-bait – was averaging 21.8 points and 6.5 assists, while shooting a career-best 47.8% from the floor.

It’s not Lowry that’s been the key, though. That’s Pascal Siakam, who’s emerged from the shadow of Leonard to prove himself not only as a legitimate top-tier superstar, but also a sneaky MVP candidate through 11 games. The 25-year-old Cameroonian forward is averaging a ridiculous 27.2 points (9 more than his career-best), 9.2 rebounds (career high) and 3.8 assists (career high), while shooting 49.1% from the field, 37% from three and 84% from the free throw line.

If ever someone was going to win Most Improved Player for two years running, this is the year Siakam might be the one to do it.

It’s not just been Spicy P and Lowry; the Raptors are getting massive contributions out of guys like OG Anunoby, Serge Ibaka and Marc Gasol, while Fred VanVleet’s scorching shooting seems to have carried over from last year’s finals (17.1 points per game on 41% three-point shooting).

While some will say Toronto’s hot shooting is unsustainable (they’re second in three-point accuracy), it’s telling that currently they’ve played the second-hardest schedule in the NBA, and wins against the Lakers in L.A. (without Lowry, Ibaka and Anunoby) and Trail Blazers in Portland (missing the same players) are no joke.

In fact, Toronto’s only three losses this season have come against the Celtics (in Boston), the Bucks (in Milwaukee) and the Clippers (in L.A.). They are a legitimate threat.

Bulls fans are getting frustrated with this team, and rightfully so. Many – including ESPN’s Zach Lowe – had the Bulls making the playoffs in the East, but at the moment they look like a lottery team at best and one of the worst teams in the NBA at worst.

The Bulls are 4-7 at the time of writing, and likely to fall to 4-8 with a loss to the Bucks. Their four wins for the season have come against the Blake Griffin-less Pistons, the Trae Young-less Hawks, the rebuilding Grizzlies and the all-round disgraceful Knicks, while they’ve already lost to the aforementioned Knicks, the Pacers, the Cavaliers and the Hornets to name just a few.

Young players like Lauri Markkanen, Wendell Carter Jr., Otto Porter Jr. who were expected to take significant steps forward in their progressions this season, and all have either stagnated or gone backwards.

Rookie Coby White has shown flashes of brilliance, but his overall field goal percentage of less than 37% is a concern for a guy who doesn’t do much else apart from score (2.3 assists, 3.3 rebounds per game). Zach LaVine – a sneaky preseason pick to win the scoring title – is averaging just 20 points on 17 shots per game, and seems to have made no progression towards making smarter decisions with ball in hand.

Tomas Satoransky – nominally the team’s starting point guard after making the – is taking just 6.6 shots per game and dishing out a little over 5 assists.

Nothing is going right in Chicago, and this team can barely afford another wasted season. Lottery picks will not satisfy a rabid fan base who haven’t tasted success since the MJ era.

We’ll keep saying it until people start taking it seriously; Luka Doncic and Kristaps Porzingis are already close to being the most exciting duo in the NBA.

That being said, even the most optimistic of Mavericks observers wouldn’t have been able to predict this level of success this quickly and, not to denigrate Porzingis – who is still returning from a series of debilitating injuries – it’s largely thanks to Doncic.

The second year guard is nearly averaging a triple double, is shooting a ridiculous 35% on his trademark step-back threes and is putting together the sort of career highlight reel you’d expect from a 33-year-old veteran, not a 20-year-old sophomore from Slovenia.

The Mavericks have also managed to build a surprisingly efficient bench, which rates as the league’s best in the point differential per 100 possession category. Maxi Kleber has made a leap, Seth Curry has proved himself an invaluable heat-check guy, Delon Wright was a fantastic addition at both ends and when Jalen Brunson gets hot there’s no one in the league that can stop him.

While it’s been a friendly schedule to start the season – they’ve currently faced just three teams .500 or better – Dallas proved they’re more than capable of mixing it with the big boys, taking the Lakers to overtime in an instant classic, and remaining competitive with the Celtics at their TD Garden fortress.

Until we see something to suggest otherwise, it’s time to start thinking of the Mavericks as playoff contender in the West.

After a surprise trip to the Western Conference Finals last season, things are starting to get a little hairy in Portland.

The Trail Blazers have lost six of their last seven games to begin this season, and currently sit 13th in a Western Conference which seems to be in a state of flux. Only four teams –  the Wizards, Pelicans, Knicks and Warriors – have worse records, and their point differential and net rating are both 18th in the league as well.

Probably of most concern for a team which built a large part of its identity on the “clutchness” of guys like Damian Lillard and C.J. McCollum, currently the Blazers have a fourth-quarter defensive rating of 122.8 – unsurprisingly (and by a long way) the worst in the NBA. In nine “clutch” games – defined as a five-point game or less with less than five minutes left in the game – Portland are 3-6 overall.

Injuries are an excuse, sure – and Jusuf Nurkic and Zach Collins are both enormous losses – but there’s no justification for why McCollum is shooting just 31% from three, or why highly rated acquisition Kent Bazemore is averaging just 8 points per game.

Things have become so dire with Portland’s forward stocks that apparently they’ve decided to sign Carmelo Anthony in some kind of break-glass-in-case-of-emergency Hail Mary.

Things aren’t disastrous; Anfernee Simons – long talked up as the best prospect no one has heard of – has been excellent, and Hassan Whiteside has probably been better than expected after being acquired from the Heat for a packet of crisps.

They’d want to turn around quickly, though.

When expectations are literally 0, it’s not hard to exceed them. At this point, though, it’s impossible not to give the Suns their due credit as the most surprising team in the NBA to start 2019.

Remarkably, after playing one of the league’s hardest schedules, Phoenix are unbelievably sitting with a top-four net rating, a top-three offense and a top-12 defense. They’ve been all-round excellent, and have already chalked up statement wins against the Clippers, 76ers and Nets. One of their losses came to Denver in overtime, another was to the Jazz by a single point and another was to the Lakers in a thriller.

Put simply, it’s hard to argue on our current sample size that the Suns won’t make the playoffs from here. Suddenly, they appear to have built a well-rounded roster. Ricky Rubio has been a revelation to replace Devin Booker at point guard, Aron Baynes is putting together a Most Improved Player worthy season, Dario Saric is a perfect fit at the offensive end and even Tyler Johnson has shown flashes of the talent that drove the Heat to offer him one of the most insane contracts in league history.

In essence, the added playmaking stocks have allowed Booker to take on less of the offensive workload, which has in turn led to his shooting efficiency improving in leaps and bounds

All of this has basically been achieved without last year’s number one draft pick Deandre Ayton, who is currently serving a 25-game suspension, and without any real indication of how good youngsters Mikal Bridges and Cameron Johnson actually can be.

All things considered, we’re cautiously optimistic that this level of basketball out of one of the least successful franchises in the NBA may be sustainable, in at least some form. Rock on, Suns.