Who are the winners and losers of day 2 of NBA free agency? 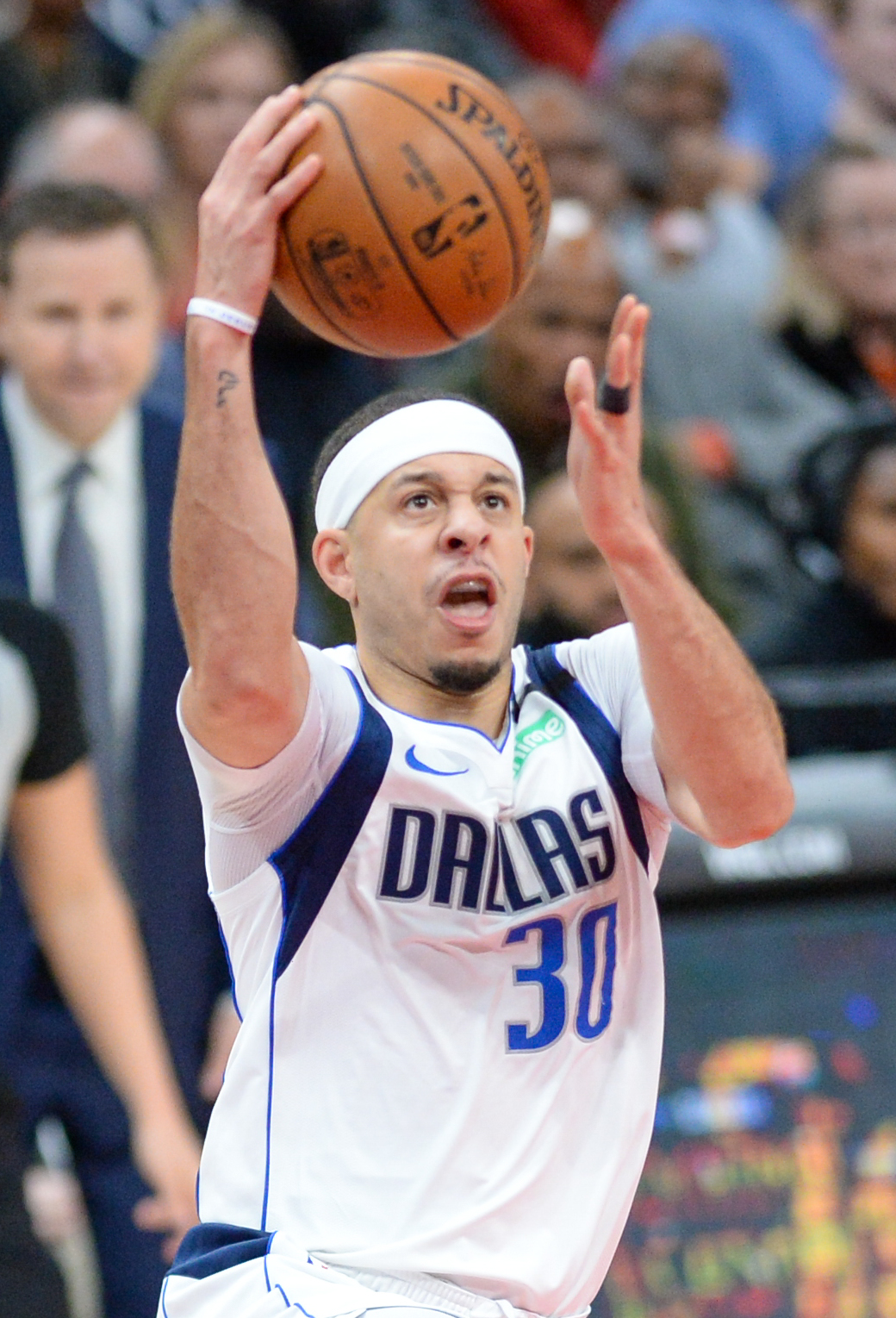 Whilst nothing was ever quite going to live up to the unfathomable drama of Sunday, it’s fair to say day 2 of 2019 free agency was the Ghostbusters 2 of sequels – an enormous letdown.

That said, there were still plenty of deals done. Just not the one we’re all waiting for. 23 of the league’s not-so-best and not-so-brightest found their forever homes, but despite rumours swirling about a Lakers Big 3 with LeBron and Anthony Davis, the ultimate destination of Kawhi Leonard remains a complete mystery to all but uncle Dennis.

Until we know for certain where the current best player in the world is going the true winner of 2019 free agency remains an open race between the Lakers, Clippers and Raptors.

But there were some teams, players and executives who had good and bad days despite the lack of drama. Here are the winners and losers from free agency day 2.

At heart, no matter the player or team, we all love to see a feel-good story in sport.

The long-forgotten star given one last chance to show their worth. The ageing, championship-winning veteran on a young squad going around one more time. The all-heart hustler grinding away for another payday. The younger brother finally getting the chance to step out of the shadows

That’s why it was so great to see the likes of Isaiah Thomas, JJ Barea, Richaun Holmes and Seth Curry all find themselves in surprisingly-favourable positions at the end of day 2.

Thomas is moving away from the guard-loaded Nuggets to the John Wall-less Wizards, where he should receive a whole lot more than the 15.1 minutes per contest he got last year behind Jamal Murray, Monte Morris and point-Jokic. Wall will likely miss most of next season, and it’s fair to say the likes of Chasson Randle and Tarik Phillip (who?!) are not really in contention for many reps at the point guard position.

Washington did sign Ish Smith to a two-year $12 million deal, which likely gives him the starting role by default, but IT is every chance of starting the year playing 25+ minutes per contest off the bench on a team with almost no offensive options. A one-year deal on the minimum is not great financially, but if Thomas can show even glimpses of his Boston form he’s every chance of signing one more decent contract to end his career.

35 year-old JJ Barea is a Mavericks fan-favourite, and the organisation showed him the respect he deserves with one more one-year deal at the veteran’s minimum to finish his career. Barea provides veteran, championship-winning experience to a young team looking to break out in season 2019. This is a perfect move for both parties.

25-year old Richaun Holmes has bounced around the league since turning pro, spending time last year in Philadelphia and Phoenix. He’s all heart and hustle out on the floor, and has been rewarded by Sacramento with a two-year $10 million deal. With the inexperienced Marvin Bagley III and Harry Giles III, and the unbelievably average Kosta Koufos all that’s ahead of him on the depth chart, Holmes is every chance to get some meaningful action at some point next season.

Seth Curry proved his worth for Portland in the playoffs, and fully earned his four-year $32 million payday from the Mavericks. He may never reach the heights of his brother Steph, but in Dallas in a good system and plenty of shot-creators he is likely to show his true worth. Nicely done, Seth.

Just when you thought 2019 free agency couldn’t get any worse for New York, they went and signed Elfrid Payton to a two-year, $16 million deal.

When you go in expecting Kyrie and KD and end up with Julius Randle, Taj Gibson, Bobby Portis and Elfrid Payton, I am afraid you’ve failed spectacularly.

Believe it or not this is not a knock on Payton. The dude can actually ball and is brilliant distributor, it’s just by now there’s no denying that the Knicks are clearly anathema to the rest of the stars in the league. With no genuine stars coming out of contract in 2020 it’s now all about Giannis in 2021. Yeah. Right.

The Knicks are dreadful and there doesn’t seem to be an end in sight. Well done, James Dolan.

Ugh. Can this team just go gently in to the long night already?!

Just when you thought there was no hope for Golden State next season, they go and sign D’Angelo Russell to join Steph Curry in the league’s most weirdly fascinating backcourt and somehow cling on to Kevon Looney.

How did they get away with paying Looney $15 million over 3 years. Anyone? Anyone at all? Surely there was a team out there willing to throw $25 million over 3 years for a guy who quite literally put his body through hell in the playoffs for a shot at a championship, and has sneakily developed some post moves.

These Warriors are incredible. At this point we wouldn’t even be surprised if they managed to find a way to sneak Kawhi under the salary cap. They couldn’t, could they? (No. They can’t.)

Something smells a little bit in Portland.

Enes Kanter signed with the Celtics on Monday, reportedly after being given 6 minutes to choose whether to stay with the Trailblazers or not. Damian Lillard later openly refuted that claim by Kanter on Twitter, but by then the damage was done.

In losing Kanter the Blazers threw away a handy offensive asset (reportedly in favour of keeping Rodney Hood), but also slightly let slip their aura of everyone’s second team. The NBA is openly a business, but, as much as they clamour for it, fans often don’t seem to like being allowed to look behind the curtain.

$10 million over 2 feels about about right for Kanter; kudos, Boston. Without him, Portland are left with just Zach Collins and Skal Labissiere to fill the void at PF, with the untrustworthy Hassan Whiteside and injured Jusuf Nurkic at centre. They need to make a move, and they need to do it quickly.

Philly (maybe just behind Brooklyn) have been this year’s biggest overall winners.

They made another shrewd move today by signing veteran Kyle O’Quinn to a one-year, $2.1 million deal.

The wily 29 year-old PF/C had an underwhelming, injury-affected year in Indiana, but has shown glimpses over his 7-year NBA career of being a decent roleplayer and glue guy.

Philadelphia’s depth was its Achilles heel last year, and any half-decent player they can get for 15 minutes off the bench is a massive win for them. O’Quinn won’t set the world on fire but he will give solid minutes and is a handy backup big-guy to the oft-injured Joel Embiid and ageing Al Horford.

Elton Brand has had an excellent offseason.

Loser: Those Waiting on Kawhi

This goes for all of us who were frantically refreshing Twitter all afternoon waiting for the Woj bomb to end all Woj bombs, but particularly those of us working at the Lakers, Clippers and Raptors.

Because of their cap situations, the Raptors and Lakers will be forced to wait until finding out about the Klaw’s 2019-20 movements before making any other moves. The Clippers have shedloads of cap space but only seem to want to use it on Kawhi, and haven’t shown any signs of having a Plan B.

With every passing hour all three’s chances of signing anyone else should Kawhi stay or go elsewhere are becoming slimmer. The list of remaining free agents looks increasingly sub-par and it isn’t getting any better from here. The Lakers signed Troy Daniels today for Pete’s sake.

Maxi Kleber: We like big Maxi, but a four-year, $35 million deal from the Mavs is a wild overpay for a guy who averaged 6.8 points and 4.5 rebounds in 21 minutes per game last season. Whoever his agent is just worked a miracle.

Frank the Tank: Kaminsky had probably the worst year of his NBA career last year on a horrendous Charlotte team, and was getting just 16 minutes per game behind the likes of Marvin Williams and Bismack Biyombo. Somehow Phoenix saw fit to pay him $5 million a year.

Crappy Organisations: This has not been a good offseason for the likes of Orlando, New York and Phoenix. While the rest of the league gets better they’re adding guys like Kaminsky, Payton and Michael Carter Williams. If they had any fans they’d be deserting in droves.