Where will the Los Angeles Kings finish in the upcoming NHL season? Read on below to see our expert NHL predictions! 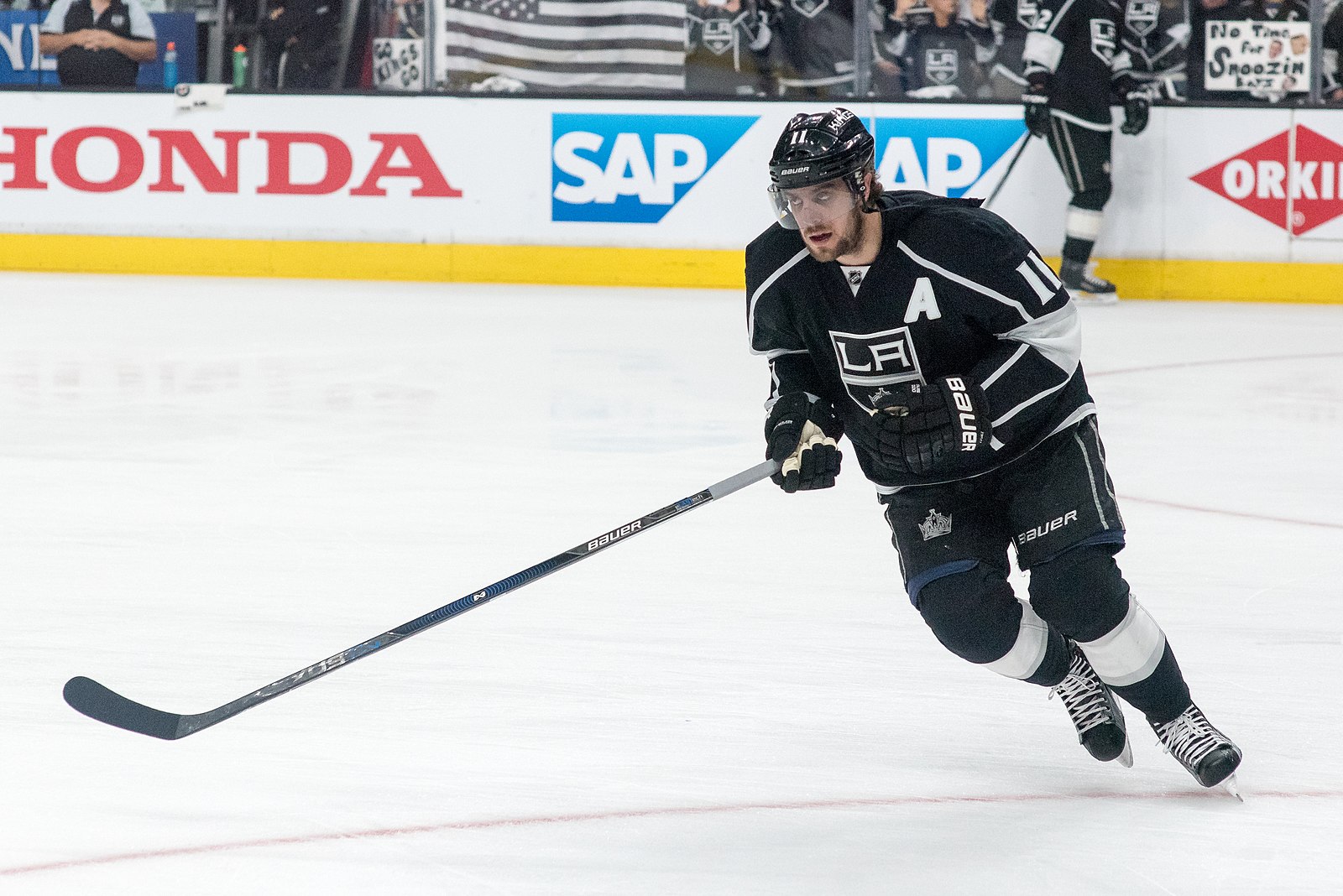 The Los Angeles Kings have some positives to watch in 2021, but it would take a while for the team to be competitive in the NHL. The team has a few young players to watch, but the problems on the roster are too plentiful.

Here’s a look at our NHL predictions for the Los Angeles Kings for 2021, which show that the Kings don’t have a real shot of going anywhere in the coming season.

The Kings have a few talented players like Anze Kopitar and Dustin Brown, plus defenseman Olli Maatta is joining the team from the Chicago Blackhawks. But second-overall draft pick Quinton Byfield will be the most valuable player to watch this season.

Byfield will be one of the top players on the Canadian team in the World Junior Championship before joining the Kings. His great skating skills and significant size make him one of the best rookies to watch this season.

Young players like Adrian Kempe and Alex Iafallo will be great players to watch. Gabriel Vilardi has also shown promise and could be a second-line player at center, but he doesn’t have as much experience as others on the roster. The team’s roster doesn’t have substantial depth, making it harder for the Kings to have a full all-around game.

But the most substantial concern surrounds how well the goaltending will work. Jonathan Quick has a significant slump last season, going 16-22-4 with a 2.79 ERA. There has been a consideration that Jack Campbell or Calvin Petersen could become the next goaltender for the Kings, although much of this would be based on whether Quick can improve this season.

He did go 5-0-1 in the team’s last six games, so there is a chance he might maintain his momentum. But with such a layoff from the last time the Kings played, that point might not be possible.

The Kings are likely to aim for a younger team very soon. Kopitar, Dustin Brown, and Drew Doughty are among the best players on the team, but they are all substantially older than the rest of the roster. The team might consider moving forward from some of these players, as they might be on the trading block close to the deadline this year.

Where Will the Kings Finish in the Pacific Division?

We predict the Los Angeles Kings will finish in eighth place in the Pacific Division. The Kings are too young of a team, and they aren’t very established at the moment. Quinton Byfield will be an exciting rookie to watch, but he will need to move forward in being a leader of other young players.

“There’s a lot of winning going on right now with the Dodgers and Lakers so hopefully we can repeat that.”

Quinton Byfield is pumped to come to LA. pic.twitter.com/NCs3SA3CVK

The goaltending situation is questionable as well, as Jonathan Quick may not be the team’s leading goaltender for much longer. The Kings will likely be dealers during the trade deadline, and Kopitar could see his way out.

Will the Kings Make the Playoffs?

The Kings will not reach the playoffs in 2021, with them finishing in last place in their division. The other teams in the division are too competitive, and the Kings will require extra help in their rebuilding campaign. The team will still have some intriguing young players to spot this season, but they aren’t going to be worthwhile for your NHL predictions.