There are 12 massive games of NHL on today, and we've got them all covered in detail below 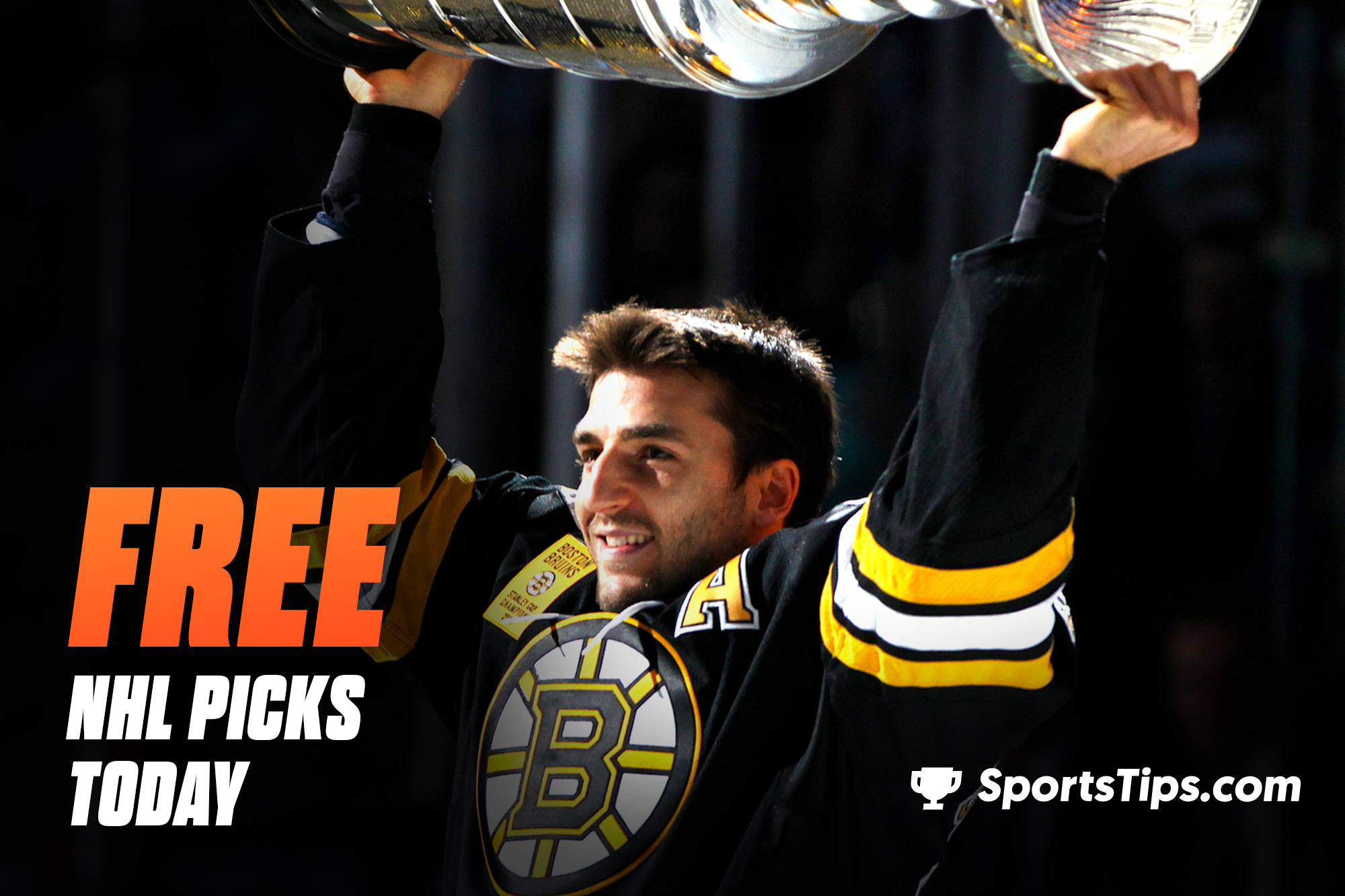 Saturday’s are for NHL, and with 12 huge games on over the course of the day, we have been working tirelessly to bring you the finest  NHL picks so that all you need to do is relax, and hopefully watch your team win.

The Sabres were defeated 5-2 by the Islanders on Thursday night, the match was the first in a 3 game series between the two teams. After conceding 2 unanswered goals in the first term, the Sabres never really looked like coming back into the match.

The loss marks the 5th straight for the Buffalo based team, bringing their record to 6-12-3 for the season, last place on the table with just 48 goals scored.

The Islanders put on a dominant performance, earning their 3rd consecutive victory, putting them 7-2-1 over the last 10 games, 2nd place in the East Division.

Matt Martin picked up 2 goals in the victory, and Islanders point leader, Mathew Barzal grabbed an assist, bringing his season total to 20 points. With 2 more games to play against this weak Sabres side, the Islanders will be expecting to grab the maximum points.

The Rangers defeated the Devils on Thursday night, winning 6-1 away from home, completely outshot by the Devils 36-19, the Rangers were clinical in front of goal.

Chris Kreider scored a hattrick on their way to victory, his second in just 5 games, bringing his total to 13 for the season. Igor Shesterkin was immense in net for the Rangers, making 32 saves for the night before an injury to the groin forced him to hobble off the ice. The injury is not severe, however, he will be out of action for the match today at the very least.

The Shesterkin out is good news for the Devils though, who they couldn’t break down on Thursday night. The loss marks their 4th straight, putting them in 2nd last place in the East Division, with a record of 7-10-2. Once again struggling to finish when on offense, the Devils have scored the fewest goals in the league.

The Flyers edged out the penguins on Thursday with a hard fought 4-3 win, coming back from a 2 goal deficit in the first term, winning late in the third thanks to a goal from Claude Giroux.

The inspiring victory puts the Flyers 12-5-3 for the season, on 27 points, previously tied with the Penguins on 25. Both teams have won a game a piece in the 3 game series, heading into the final match today.

The Penguins scored 3 goals in an impressive first term, which was the 2nd fastest time to score 34 goals this season, however, they were unable to sustain that level of play over the full 60 minutes.

The loss brings the Penguins to a record of 12-9-1 for the season, 5th place on the table, with 3 more home games to play.

The Panthers defeated the Nashville Predators in a 9 goal thriller on Thursday, the first of their two game series on Thursday. Aaron Eklbad spearheaded the win, providing 2 goals and 2 assists.

The win puts the Panthers 14-4-4 for the season, looking like a team in form to make playoffs.

The defeat was the second in a row for the Predators, who went home bitterly disappointed after nearly staging an impressive comeback against the Panthers.

After a goalless first term, the Panthers uncharacteristically scored 2 goals in the second term, before bringing the deficit to just 1 goal in the final term. The loss takes the Predators to 10-13-0 for the season, 3rd last place, with playoffs looking increasingly unlikely.

It took the Winnipeg Jets overtime to get the win over the Montreal Canadiens in the first of their 2 game mini series. The Jets are undefeated against the Canadiens from 3 games this season, with the last 2 games being decided in overtime.

Paul Stastny scored 2 goals in regulation time for the Jets, and Pierre Luc Dubois stepped up in the 4th minute of overtime, scoring the winning goal.

The Canadiens worked hard to force the overtime, with Corey Perry scoring the equalising goal deep into the third term, however, they couldn’t get the win, bringing their overtime record to 0-4 for the season.

Despite the defeat, the Canadiens are looking stronger under the guise of new head coach, Dominique Ducharme, who has only had 4 games in charge, with a record of 1-3.

Minnesota went big against the Coyotes in Arizona yesterday, winning 5-1 with a dominating performance right out of the gate, scoring 3 unanswered goals in the opening term.

The win was well needed, coming off the back of consecutive defeats to the Golden Knights, giving up 10 goals across the two. The Wild had 3 people scoring double points, and Kaapo Kahkonen stopped 24 of the 25 shots that came his way in net.

While the Wild played well, the Coyotes put up a forgettable performance, making numerous defensive errors, of which some were capitalised on.

One of the few teams that are allowed to have fans back in their stadiums, there is not much explanation for why the Coyotes are failing to perform at home.

The 1st place North Division Maple Leafs were defeated 3-1 by the Canucks on Thursday, the defeat was quite a surprise considering how theys rolled over the Oilers in the days before, and brought an end to their 4 win streak.

The Maple Leafs didn’t have much go their way, outshooting the Canucks 32-28, however, they were outplayed in all other aspects by a very prepared Canucks side.

“We didn’t do enough to generate more chances.”

For Vancouver, the win was a much needed confidence boost as they sit in 2nd to last place in the North Division, with the most games played.

Jake Virtanen scored the two decisive goals to give the Canucks the win, those goals will be very important to the young winger, just his 3rd for the season. Thatcher Demko kept the Maple Leafs from coming back in it, making 31 saves, with a .969 save percentage.

The Ducks suffered another crushing defeat yesterday, losing to the Avalanche in the first game of a 2 match series. The Ducks were 2-0 up in the second term, but gave away 2 goals in the space of 3 minutes, sending the match to overtime, where they conceded the decisive goal 3 minutes in.

The loss extends the Ducks streak to 9 games, just 3 away from their all time loss record of 12.

The Avalanche picked up their second win in a row, getting their 9 game homestand off to a good start. The win didn’t come easy for the Avs, who were playing in the absence of their star man, Connor MacKinnon, and Cale Makar in defense.

Valeri Nichushkin stepped up to get the victory, providing the Avs’ first goal, and the overtime winner. The two teams go into todays’ match with just one day of rest under the belt, which will test the legs of both sets of players.

The Blue Jackets beat the Dallas Stars on Thursday, holding them out in the last term to win 3-2 in a somewhat nervy victory.

The win gives the Blue Jackets their second in a row, the longest they’ve gone all season, in what has been a very shaky campaign. Currently sitting in 5th, the Blue Jackets have won just three from their last 10, and have failed to build any consistency.

Torts is happy with the win, but knows there’s still work to be done.#CBJ | @pedialyte pic.twitter.com/TyLWrL4OU8

For the Stars, it was their 4th consecutive defeat, with just 1 win over the last 10 games, the Stars sit on the bottom of the Central Division. They put up a fight against the Blue Jackets though, ending their 2 match goal drought also thanks to goals from Jason Robertson and Miro Heiskanen.

The Stars have a lot of work to do behind the scenes if they want to make the playoffs again, they have 4 home games remaining in their 6 game series, and so far they are yet to claim a point.

The Blues picked up a massive overtime win against the Los Angeles Kings yesterday, winning 3-2 via a goal just 90 seconds into the extra term.

The goal came from Mike Hoffman, put on a platter for him thanks to a delicious assist from Torey Krugg. The hard fought victory bumps up the Blues’ streak to 4 games, with their last defeat coming against the Kings, who they have played 3 times in 7 games, the Kings have won 2 of those 3.

The Kings are going through a rough patch at the minute, since winning 6 consecutive games over February, they have now lost their previous 4. Through most of their defeats, the Kings have remained competitive, losing 3 of the 4 games by just 1 goal.

The Calgary Flames defeated the Ottawa Senators on Thursday night in the final game of their 4 match series, with the two teams winning 2 games each.

The 7-3 victory was much needed for the Flames, who are trying to break their way into the top 4 of the competitive North Division, sitting just 2 points off 4th with a record of 11-11-2.

It was a special night for Flames Center, Dillon Dube, who scored his first career hat trick to guide the Flames to victory.

Edmonton go into this match after a third straight defeat to the Toronto Maple Leafs, losing across the 3 games with an aggregate score of 13-1, with the only positive for the most recent game being that they managed to score a goal.

Sitting in 3rd place in the North Division, with a record of 14-11-0, the bad run of form has been quite surprising, given that they went into the Maple Leaf series on a 5 win streak.

The Oilers boast some serious stars on their side, players like Mcdavid and Draisaitl, it is only a matter of time before they are performing at their best again.

The Golden Knights got the win in leg 1 of their 2 game series away to the San Jose Sharks, it took overtime to decide the victor in a 9 goal thriller.

After a third term equaliser from the Sharks, Max Pacioretty was the saviour for the Knights, firing home the overtime winner, giving him 2 goals on the night.

The clutch win was the 5th in a row for the Las Vegas team, helping them retain their place on top of the West Division, with a record of 15-4-1 for the season.

The Sharks showed great character, coming back from a 3 goal deficit in the second term, and then coming back once again in the third to force the overtime.

The one point was very well earnt, however, it doesn’t change their position on the table all that much, still in second last with a record 8-10-3.