Four games tonight means four free winners for our followers, so don't miss out on all of the action! 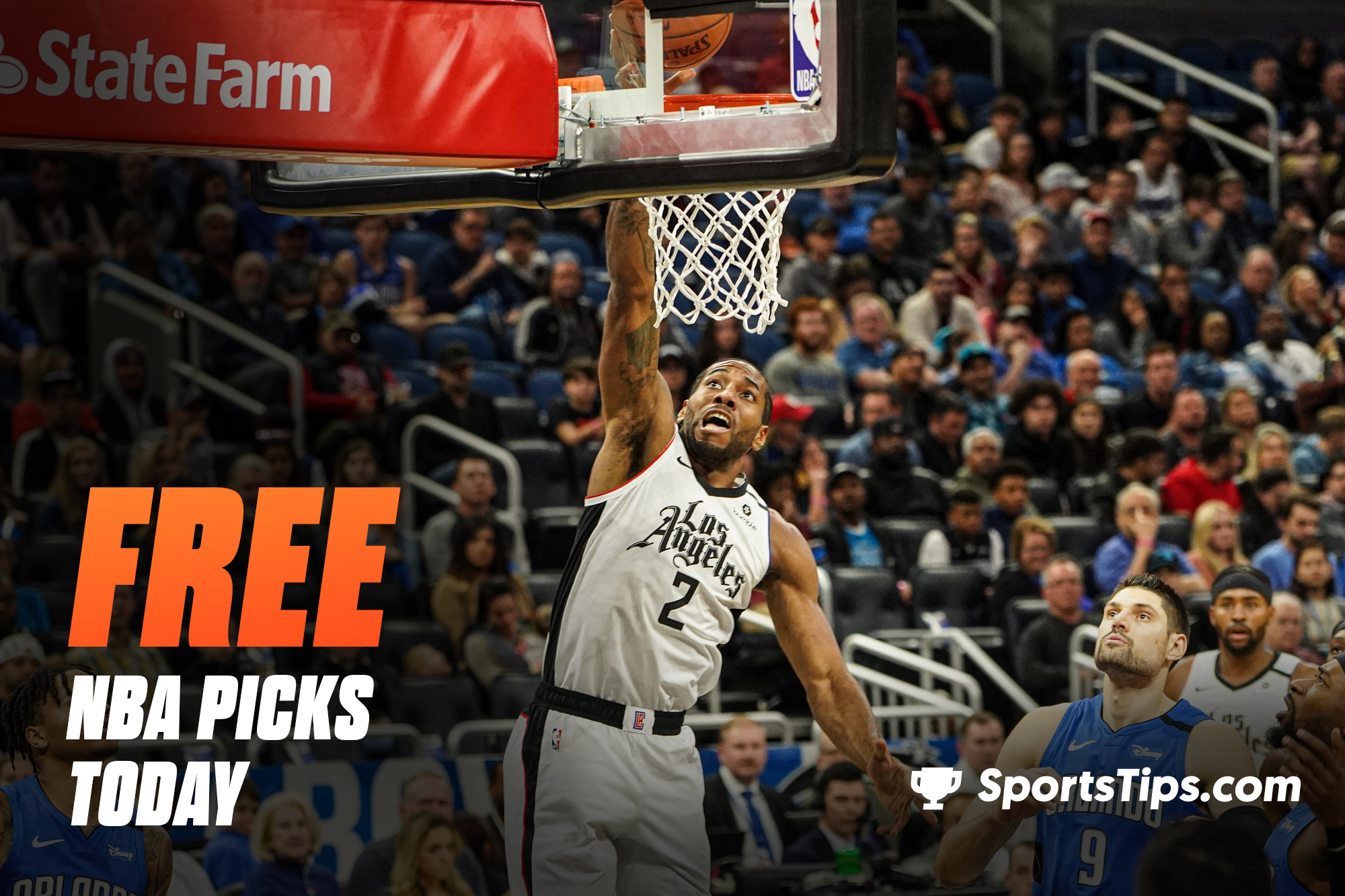 Our NBA picks started the week off well, going 6-5 in the moneyline and 7-4 in the spread. With four games tonight that means we have more picks for our followers, so don’t miss out.

We don’t just get free picks for our followers, we also get incredible deals. If you are yet to sign up to FanDuel, BET365 or PointsBet, do so using the links and you can get hundreds of dollars of free bets to make some cash using our picks.

If you are ready to go and start becoming a winner, read on below for our in-depth analysis and picks for each of the four games tonight.

A Southeast Division clash between two exciting teams that are in some pretty nice form at the moment, as the Charlotte Hornets get on the road to face the Washington Wizards tonight. Despite having their three game winning streak snapped, the Hornets weren’t embarrassed with their narrow overtime loss to the Suns on Sunday night while the Wizards have won two straight at home and are rolling right now.

Bradley Beal sat out on the first night of a back to back situation last night but that unleashed Russell Westbrook to will the Wizards to victory. The former MVP had a massive night with 35 points, 21 assists, 14 rebounds and two steals, helping his team erase a narrow halftime deficit to run over the top 132-124.

With Westbrook setting the table, the Wizards shot an incredible 55.6% from the field and 52.6% from deep and they should only improve with Beal expected to be back for tomorrow night. Charlotte may have difficulties keeping up with the Wizards, however Terry Rozier has been balling for them and has earned himself Eastern Conference Player of the Week.

His 22 points and 10 rebounds, along with Devonte’ Graham’s 30 points weren’t enough as the Hornets ran out of legs in the overtime period against Phoenix. Charlotte used a 23-14 fourth quarter to tie up the game and give themselves some extra time but managed just seven points in the extra period, going down 97-101.

The Hornets shot just 40% and 30% from the field and from three respectively whilst also committing 20 turnovers in their loss. They will be hoping for a much better performance against a terrible Washington defense, in an attempt to keep up with their offensive powers. However, with Beal back in the lineup the Wizards may be too much to handle and they should pick up a third straight at home.

The Philadelphia 76ers may be playing some very good basketball without Joel Embiid but they found their match against the Clippers last time out. They now have to travel Mile High to take on the Denver Nuggets tonight and it might be another tough clash for them.

In Aaron Gordon’s first game with the side, Denver easily took care of Atlanta, winning 126-102. All five starters scored in double figures but JaMychal Green top scored for the team with 20 points off the bench.

The Nuggets shot the lights out in that clash but may find it more difficult against the second best defense in the league. Philly have been playing great on both ends of the floor lately but have been even more impressive defensively.

Prior to their matchup with the Clippers, the Sixers had kept nine straight opponents under 110 points, but that wasn’t the case on Saturday night. Despite 29 points, seven rebounds and six assists from Tobias Harris, Philly still fell 112-122.

With Embiid out of the lineup, the Sixers don’t have a clear matchup for Nikola Jokic in this clash, unless they plan on doubling Dwight Howard’s minutes. That should allow The Joker to put up a monster night and help the home side get over the line here.

The Phoenix Suns return home after a four game road trip where they went 3-1 and are primed for a matchup with the Atlanta Hawks tonight. While Phoenix impressed on their road trip, the Hawks are about to play their sixth straight on the road and have gone just 2-3 so far, not quite the form to bring into the game against one of the best teams in the league.

Trae Young had an efficient 21 points, seven assists, five boards and two steals on Sunday night but the Hawks managed just 102 points in their 24 point loss. John Collins, who had been lighting the world on fire, managed just 11 points on 33.3% shooting while Clint Capela managed just 10.

Phoenix meanwhile did it a little tougher than expected, needing an extra five minutes to pick up the victory in Charlotte. Devin Booker played incredibly with 35 points while Deandre Ayton had a 14 point, 14 rebound double double in the win, but there were some worrying signs for the Suns. WIth the game on the line and a nine point lead heading into the last, Phoenix managed just 14 points in the last quarter.

It was the end of a tough four game road trip, but that sort of performance is unacceptable from a contending team however we think it won’t be much of a worry here tonight. Phoenix is one of the best home teams in the league and the Hawks are just 12-14 on the road and struggling right now.

One night after dominating Milwaukee, the Los Angeles Clippers have to back it up again tonight when they host the Orlando Magic. That win was LA’s sixth straight and they should have it easy against an Orlando side that dropped two straight and been seriously struggling since the trade deadline.

Dwayne Bacon has been one of the winners of the deadline for the Magic, getting increased opportunities and making the most of them. In Sunday’s 93-96 loss to the Lakers, Bacon ended with a game high 26 points and a team high eight rebounds but little known Chuma Okeke was their second best performer with just 14 points.

Orlando managed to lose to a depleted Lakers side and this Clippers team is far better than that. Paul George joined Serge Ibaka and Patrick Beverley on the sidelines for last night’s clash with Milwaukee but the Clippers still managed the 129-105 win. Four different LA players scored 20+ points, led by Marcus Morris Sr’s 25 points.

Morris hit four of the Clippers’ 19 threes, as they shot 55.9% from deep for the game and should be able to keep that up against a struggling Orlando side. The Magic have managed just an average of 99 points since the trade and LA is one of the best offenses in the league. We are expecting multiple players from the Clippers to sit out this one but they should still be too good here.