With the NBA Draft just two days away, there is still speculation for who will be taken with the first overall pick. 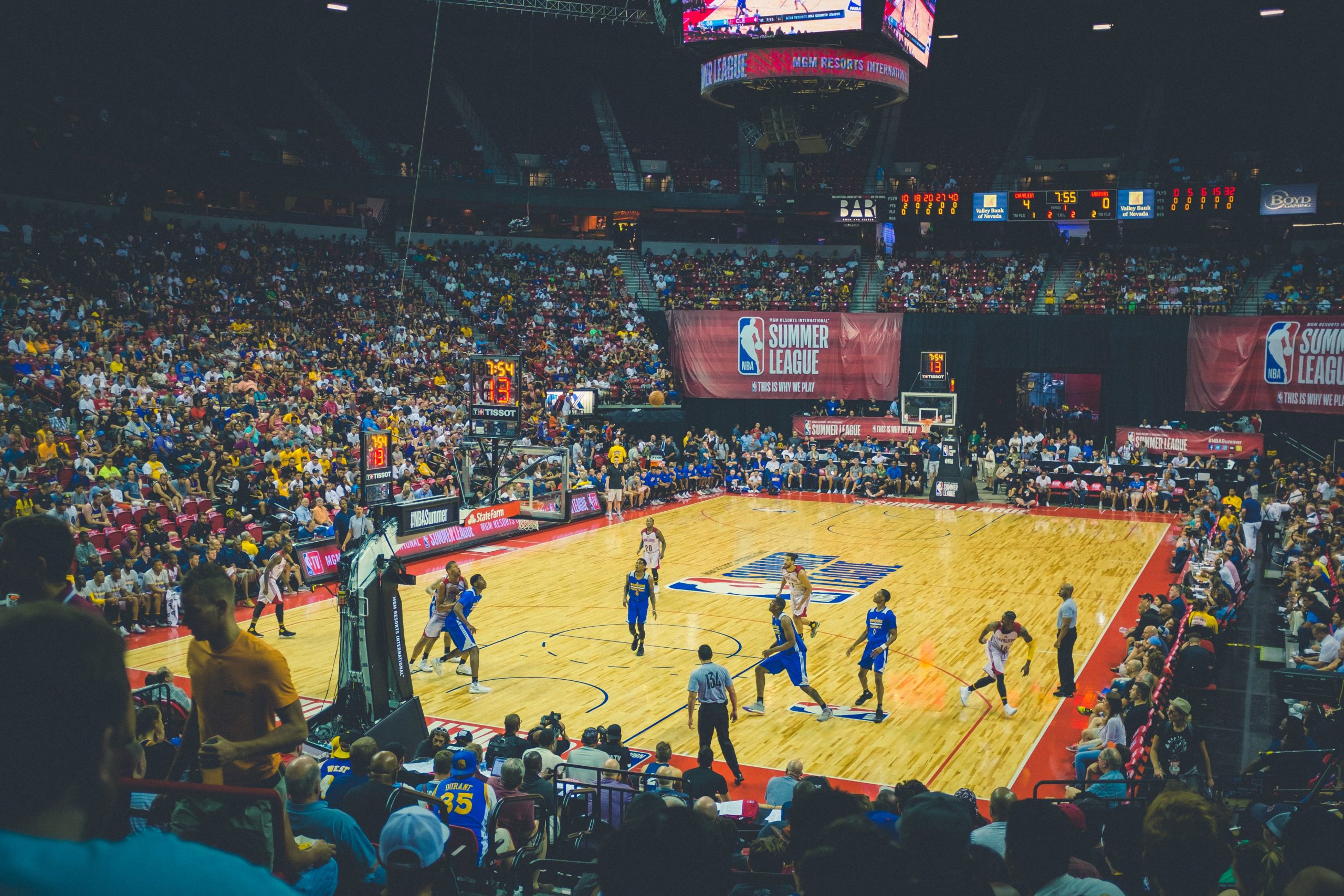 The Minnesota Timberwolves were awarded the first pick of the 2020 NBA Draft and there is no clear option for the Wolves who are looking to add to their All Star duo of D’Angelo Russell and Karl-Anthony Towns.

Another route Minnesota could take is trading the pick and to get help that is ready to impact straight away rather than taking time to adjust and develop.

This article analyses five prospects at the top of the betting odds to be selected with the first pick and predict where they might be selected:

After bursting onto our screens at Chino Hills High School by making highlight play after highlight play, Ball had an unconventional journey to the 2020 NBA Draft.

Travelling to Lithuania under the guidance of his father, Ball opted against attending college. After Lithuania, Ball ended up in Australia to play in the National Basketball League where he shone as one of the most exciting players, before his season ended early due to injury.

Multiple NBA front offices are “under the assumption” that LaMelo Ball is going No. 1 to the T-Wolves or a team trades up to take him, per @DraftExpress pic.twitter.com/iIXMXsDaKo

Ball is an eccentric point guard with slick ball handling and passing ability, and confidence that is well above his rivals. Whether in high school or in the pros in Australia, Ball would pull up from well beyond the three point line, always keeping the defense honest.

The fit in Minnesota is an interesting one, with Ball having a very similar playing style to their current point guard, D’Angelo Russell. You could potentially play the pair at both guard spots, but both play better with the ball in their hands whilst also needing help on the defensive end.

If the Timberwolves keep this pick, they could pick Ball due to him having the highest ceiling out of all prospects, but the fit is less than ideal. Ball could easily slip to the Charlotte Hornets at three or Chicago Bulls at four.

Don’t be surprised if the pick is traded however. Many teams lower in the draft have expressed interest in Ball and could trade up to the first pick to ensure they get him.

The clear best prospect to come out of the NCAA, Anthony Edwards has a perfect combo of size, skill and finesse that makes it hard for defenders to keep control of him.

A monster in transition, Edwards uses his speed, frame and explosiveness to get to the rim at will whilst having the ability to pull up and knock down the occasional jumper.

Edwards led all qualified freshmen in scoring with 19.1ppg, however this didn’t translate to team success with Georgia who finished just 5-13 in conference play.

Spending most of the last few months as a clear favorite to be selected number one, Edwards has drifted in recent weeks as Ball has risen to the top of sportsbooks markets. His fit in Minnesota is the best of anyone available for selection, with his skills and defensive ability fitting in nicely along Russell and Towns.

Despite the drift in his odds, Edwards is still our clear pick to be selected number one by the Timberwolves due to his athleticism and fit alongside their stars.

If the pick is traded and Edwards isn’t selected, he would also fit with the Golden State Warriors with the second pick and Hornets with the third pick, but he won’t go lower than three.

Wiseman was the centre of an eligibility scandal that saw him suspended for 12-games to begin the 2019-20 NCAA season. He then returned for three games before withdrawing from Memphis in preparation for the draft.

With his 7’1 frame, 7’6 wingspan and 9’6 standing reach, Wiseman has all of the physical tools to become a dominant big man in the NBA.

Despite the small sample size, his stats were nothing short of outstanding, averaging 19.7 points on 76.9% shooting with 10.7 boards and 3 blocks in just 23 minutes per contest. Wiseman could slot into any team that needs a big and be able to impact on the defensive end while being the perfect roller and finisher for teams with elite driving guards.

A team that has elite guards and needs a big to finish plays and help out defensively is none other than the Golden State Warriors with the second pick.

James Wiseman could be the NBA’s next unicorn 👀 pic.twitter.com/aItyrKKqlr

The Warriors should be trading the pick for more ready-now help for the aging Steph Curry, Klay Thompson and Draymond Green, but if they don’t, Wiseman is the perfect fit to accompany those three and is able to help them win now.

If the Warriors do trade the pick, with Ball and Edwards being preferred, Charlotte is in desperate need of an upgrade over Cody Zeller. Wiseman’s fit alongside Terry Rozier, Devonte’ Graham and PJ Washington would be seamless and help take that young group to another level.

Barring a trade, Wiseman won’t be selected with the first pick, but fits in perfectly with both the Warriors and Hornets. Don’t expect to see Wiseman on the board after the third pick has happened.

After the clear top three come off the board, international Deni Avdija seems to be the best of the rest. With the size of a forward but the skill set and passing ability of a guard, Avdija brings professional experience from Europe that has seen success for many prospects previously.

Avdija is a strong playmarker who thrives in transition and the pick and roll, using his height and IQ to make smart basketball plays. With the potential to end up being one of the best players out of this draft class, Avdija’s main let down is his shooting.

After going just 33.6% from 3 and 52.0% from the stripe last season for Maccabi Tel Aviv, it is the biggest hole in his game. But if improved, could be the difference between him turning out to be a starter or an All Star.

With the clear top three prospects in Ball, Edwards and Wiseman, paired with the Chicago Bulls, who own the fourth pick, needing playmakers, it seems like fate that Avdija would end up getting picked at four.

With so much uncertainty outside of the top three, Avdija could go anywhere from four to ten, but his upside should keep him no lower than five.

Seen as the potential number one prospect coming out of high school, Hampton chose to skip college and travel to New Zealand to play in the National Basketball League, much like LaMelo Ball.

The international experience wasn’t quite as good for Hampton as it was for Ball, with RJ getting injured and impacting his ability to learn, grow and develop while playing against grown men and athletes in a professional league.

It is actually a surprise to see Hampton with the fifth best odds to be selected at number one, as most NBA analysts and experts do not have him in their top 10.

Despite this, Hampton brings size and athleticism as a combo guard. He has an exceptional burst and first step whilst having above average dribbling skills and playmaking ability that could see him slot into most lineups.

Despite his struggles in New Zealand, Hampton is said to have changed some of his shot mechanics that have vastly improved his jumper. If teams are willing to take a chance on this improvement, with his athleticism being a big plus, Hampton could blossom into an exceptional player out of this draft.

The Cleveland Cavaliers have the fifth pick and have drafted Collin Sexton and Darius Garland, both guards, in the last two drafts. A player like Obi Toppin (+6600) might be better suited to the Cavs, while Hampton could see himself slip down the board.

There have even been some recent mock drafts that have Hampton being picked in the 20s. Hampton has a high ceiling due to his skill, size and athleticism, but a selection between 10-20 seems most appropriate.

There are three clear top prospects in this draft, with a lot of uncertainty behind them. With talk of the top two picks being involved in trades, it is impossible to make a definitive prediction on who will be selected where, as one trade completely changes everything.

With that being said, the top five could very well end up looking like this:

For more NBA news and information, check out our NBA hub, and be sure to check in to our twitter for live updates on draft day!