The UFC Fight night is back this time two Brazilians steal the show as Thiago Santos takes on Glover Teixeira. 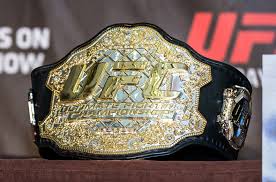 The UFC Fight Night returns this week when 41-year-old Glover Teixeira takes on Thiago Santos in the octagon for the main event in the UFC light heavyweight bout.

The fight is set to take place in the UFC Apex building which is based in Las Vegas with the bout between the two fighters taking place on Sunday, November 8 at 3.00 pm (ET).

It has somewhat been a long time in between drinks for these two fighters as Santos’s last fight came in July last year, where he fought Jon Jones in UFC 239 for the light heavyweight title with the latter proving to be too strong for the 36-year-old. To make matters worse he also collected an injury which meant he was out of action for a while.

Meanwhile, Teixeira’s last fight was a lot more recent than his opponent, where he fought American Anthony Smith in another UFC Fight Night earlier this year in May, in a fight that he would eventually win via a knockout.

Santos’s fight against Teixeira sees the Brazillian return to the octagon after overcoming his injury he suffered last year. It is an all Brazilian match-up, but what is more intriguing about the fight itself is that they have both lost seven matches, and they have both won four out of their last five matches.

Teixeria’s overall record is slightly better than his fellow countryman as he has an overall win-loss record of 31-7-0, while Santos has an overall record of 21-7-0. In their last five fights, Teixeira has only lost once which came in June 2018 and since then he has responded with four wins in a row, while his last title fight came in 2014 where he lost to Jon Jones in UFC 172.

The veteran of the game!

Meanwhile, Santos’s last five fights have also seen him win four fights in a row dating back to August 2018, however, he lost his recent outing against Jones last year. Both opponents have a 4-1 record in their last five fights, heading into this bout.

“My goal and my dream is to become the champion.”

🔨 @TMarretaMMA is back and up against the streaking @GloverTeixeira 🇧🇷

In Santos’s last five fights he has targeted the head 10% against Jones, 36% against Blachowicz, 47% against Manuwa, 60% against Anders, and 38% against Holland.

Meanwhile, he targeted the body 33% against Jones, 50% against Blachowicz, 93% against Manuwa, 76% against Anders, and 82% against Holland.