Enjoy our picks and predictions for Day 10 of the 2021 Australian Open! 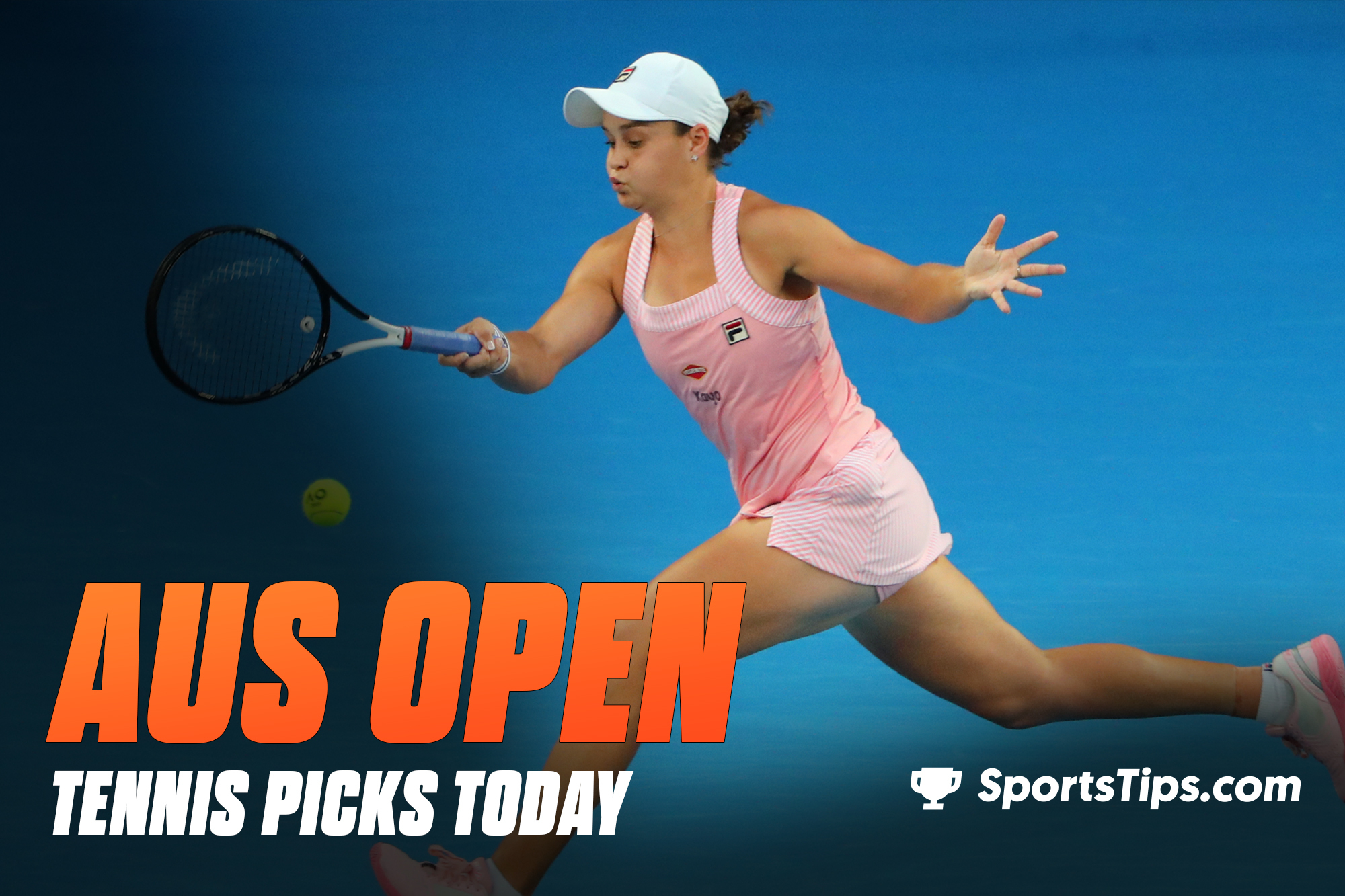 Only one top 20 seeded player in action today on the women’s side of the draw, as Ash Barty looks to go one step closer to winning a home Grand Slam at Melbourne Park!

Enjoy our pre-tournament and daily Australian Open picks and predictions for the women’s quarter-final matchups at Melbourne Park!

It was business as usual for the world No. 1 on Monday morning as Ash Barty advanced to her third consecutive Australian Open quarter-finals.

Barty continued her flawless campaign at Melbourne Park defeating Shelby Rogers 6-3, 6-4, improving to an 8-0 win-loss record for sets and 49-20 for games.

Her opponent for the quarter-finals will be world No. 27 Karolina Muchova. Muchova has recorded back to back upset wins to advance to the quarters, defeating sixth seed Karolina Pliskova and 18th seed Elise Mertens in her third and fourth round matches.

Although she won the match in two sets, Pliskova showed a lot of resilience in her fourth round match against Mertens, trailing 0-4 and 2-5 in the first set, before going on to wrap up the match 7-6, 7-5.

🇦🇺 ASH BARTY IS THROUGH TO THE QUARTER-FINALS! 🇦🇺

Muchova will need to start better in the quarters, as the world No.1 will not relinquish a lead like that on her home court. Barty and Muchova have met once in the past, with the Aussie comfortably winning the match 6-3, 6-4 at the 2018 US Open.

Muchova will be coming into this match full of confidence having defeated two top 20 ranked players already this tournament. However, she will need to clean up her 31 unforced errors from the fourth round to avoid getting punished by a player in as good a form as Barty.

As the only top 20 seeded player on her side of the draw, Barty has a genuine opportunity to progress as far as the Australian Open final without dropping a set.

We like her to go one step closer to that feat with another convincing two set win, continuing the Barty Party into the semifinals.

It’s an all-American quarter-final as Pennsylvania’s Jennifer Brady takes on New York’s Jessica Pegula for a spot in the semifinals at Melbourne Park.

Brady has been somewhat on cruise control throughout the first week of the Australian Open, with her first notable victory coming in the fourth round against 28th seed Donna Vekic.

Brady is yet to drop a set so far this tournament and has only allowed her opponent to win more than three games in a set on one occasion.

World No. 61 Jessica Pegula will enter the quarter-finals fresh off an emphatic three set victory over fifth seed Elina Svitolina.

Although she has played the likes of Azarenka, Stosur and Mladenovic so far this tournament, Pegula only dropped her first set at Melbourne Park in the second set of her match against Svitolina, before swinging the momentum back in her favor in the third set, winning the match 6-4, 4-6, 6-3.

This will be both Brady and Pegula’s first appearance in the quarter-finals at a Grand Slam tournament.

Despite the higher ranking and superior career to date, Pegula holds a 1-0 lead over Brady in their career head to head, having won their only encounter 7-6, 6-4 at the Western & Southern Open in New York last year.

Both players have looked very impressive throughout the first week of the tournament, with Pegula taking some big scalps and Brady defeating all of her opponents with ease.

Given that the two Americans, friends and practice partners know each other’s games very well, the fitness, experience and aggressive stroke-play from Brady will see her favored and hard to pick against for this tough quarter-finals matchup.