Where will the Florida Panthers finish in the upcoming NHL season? Read on below to see our expert NHL predictions! 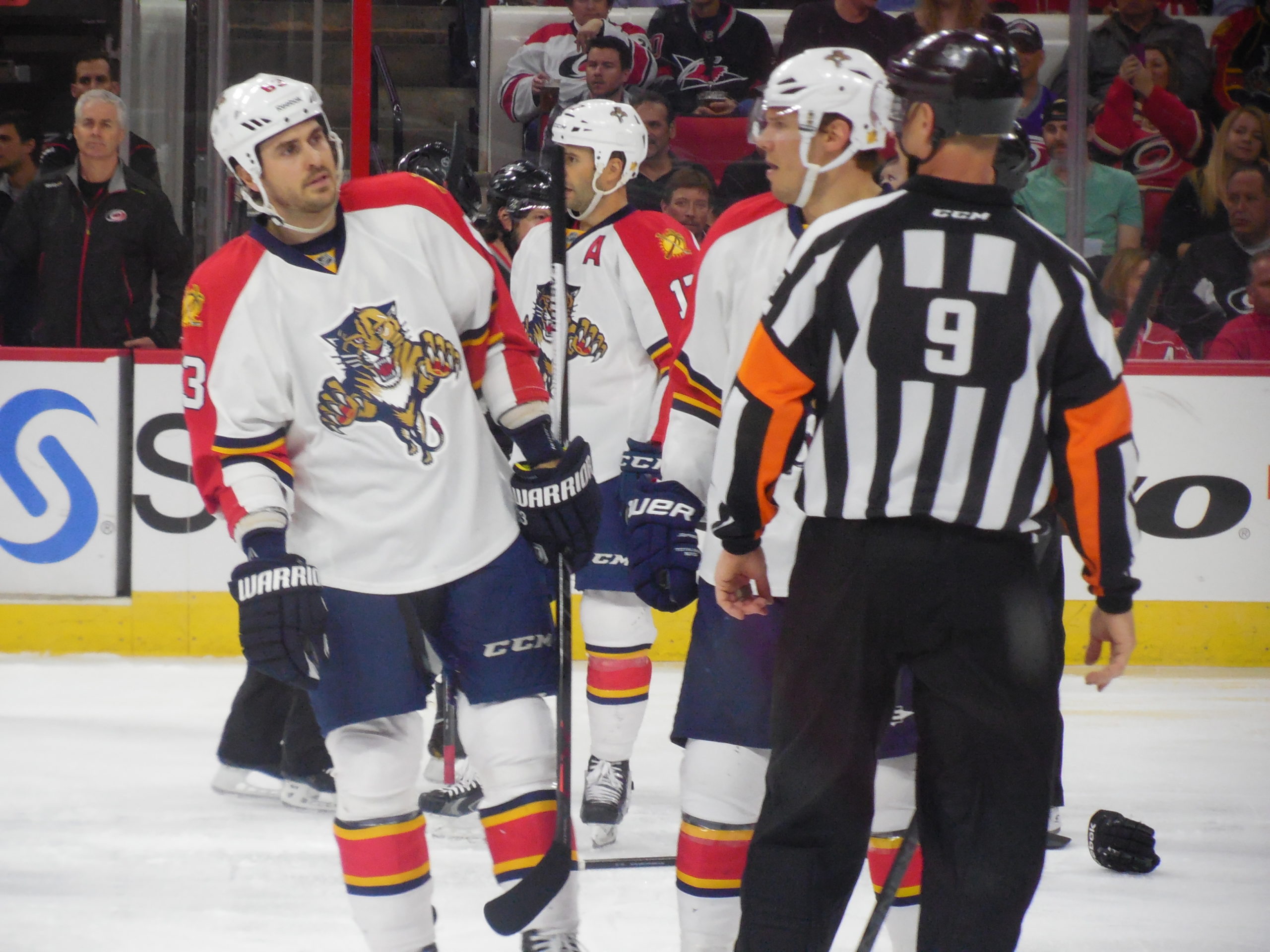 The Florida Panthers reached the playoffs last season, but they lost in the qualifying round to the New York Islanders. The team has some interesting features, but it won’t be easy for the team to reach the playoffs this season. The club is too one-sided in its approach to playing to be a contender for the 2021 campaign.

Here’s a look at our NHL predictions for what we feel the Florida Panthers will do this coming season. We find that the Panthers don’t have a deep enough roster for the team to compete for a playoff spot, even though the team does have some useful players to note.

What To Watch For

The Florida Panthers are very active on offense, as they had 3.30 goals per game last year. Jonathan Huberdeau and Aleksander Barkov were very effective last season and will continue to make a positive impact on the team’s roster.

But the team also saw some struggles this offseason, as Evgenii Dadonov and Mike Hoffman both left the team this past season. Their departures might negatively impact a power play unit that had a 21 percent rate last season.

Owen Tippett could make a more significant impact on the team this season. The young forward had 40 points in 46 games with the team’s AHL affiliate in Springfield, Massachusetts. Tippett could potentially get a spot on one of the team’s top three lines this coming season.

Aaron Ekblad has seen some improvement in the past few years, and last season was his best one yet. He had 41 points in 67 games last year, but he didn’t do as well on the power play as others on the team.

But while the Panthers have a powerful offense, the defense is a substantial problem that might be an issue for the team this coming season. The team gave up more scoring chances to its opponents last season than most other teams have, which could be a problem. While Keith Yandle will help the defense, there isn’t much depth on that side of the puck outside of him.

The goaltending situation isn’t as exciting as people have been hoping. The team brought in Sergei Bobrovsky to try and boost that position, which hasn’t been all that promising for the team since Roberto Luongo’s retirement. Bobrovsky had a 90 percent save percentage last season, which is lower than what he had seen for much of his career beforehand.

Where Will the Panthers Finish in Their Division?

We predict the Florida Panthers will finish in fifth place in their division this coming season. The Panthers need extra help on defense, plus Bobrovsky may be past his prime at goal. The team might not do as well against other teams in the division like the Tampa Bay Lightning, the Carolina Hurricanes, and the Nashville Predators. Those teams are more energetic and exciting to watch.

Will the Panthers Reach the Playoffs?

We do not have the Panthers in the playoffs in our current NHL predictions. The Panthers have a solid offense, but the team needs a more all-around approach to playing if the team is going to win anything this coming season. We don’t see the Panthers going far this year, although they won’t slip to the bottom of the division.