Where will the Calgary Flames finish in the upcoming NHL season? Read on below to see our expert NHL predictions! 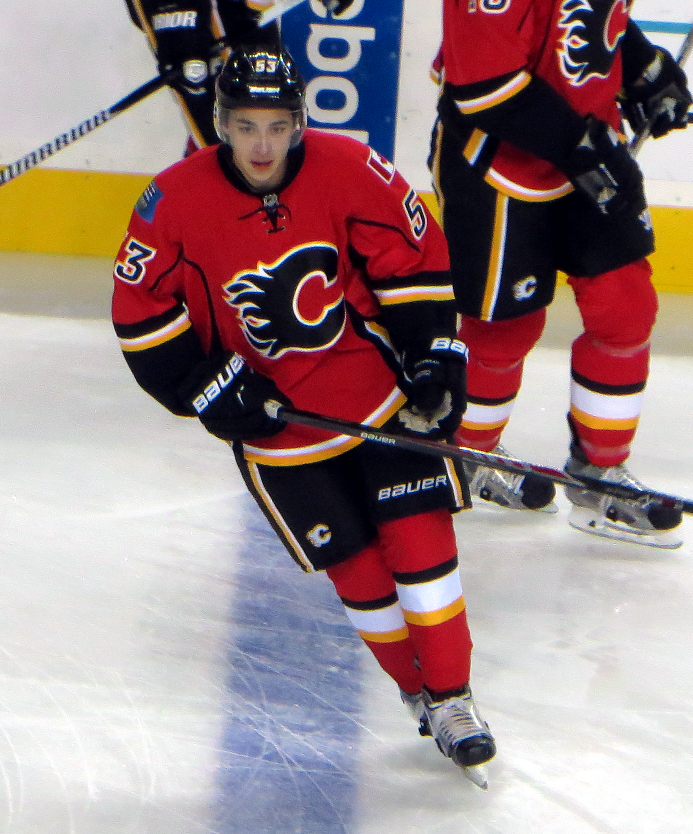 The Calgary Flames have an exciting roster featuring some of the most intriguing young forwards in the league. Coach Geoff Ward wants to bring the Flames out to the next level, but it may be challenging for the Flames to go far in the playoffs.

The most valuable part of the Flames comes from its offense. The team has Johnny Gaudreau, Elias Lindholm, Matthew Tkachuk, and Sean Monahan on its roster. All four players are talented enough to where they could each score a point per game.

Sam Bennett may also make a comeback this coming season. Bennett is in his contract season, and he wants to get back to the production he saw in 2016, when he tallied 36 points. The Flames hope that Bennett will justify the nearly $5 million he earns each season.

Other Points For the Team

The Flames saw a substantial improvement in goal, as Jacob Markstrom joined the team from the Vancouver Canucks. Markstrom went 23-16-4 last year with the Canucks, finishing with a 2.75 GAA.

He could be the best goaltender the team has had in years, as the Flames haven’t had much success at that position since Miikka Kiprusoff’s departure a few years back. Markstrom will be the team’s top starter, as Cam Talbot has left for the Minnesota Wild.

The Flames do have concerns on defense, as T.J. Brodie and Erick Gustafsson both departed the team this offseason. Mark Giordano will be the team’s top man on the blue line.

He saw 31 points in sixty games last season, less than half of what he tallied a year earlier. Having a talented offense in front of him should help him make a comeback, although that would be heavily based on how well he can handle the puck.

Where Will the Flames Finish In Their Division?

The NHL will use an all-Canadian division this season, as travel restrictions on the United States-Canada border would make it hard for teams to keep going across. The Flames will finish in third place among the seven Canadian teams in that division.

Our NHL predictions have the Flames doing well against some of the lighter teams in Canada, but the Toronto Maple Leafs and Edmonton Oilers both have too much talent for the Flames to compete.

How Will the Season End up?

The Calgary Flames will reach the playoffs, but they will be eliminated in the first round. We expect either Toronto or Edmonton will knock them out of the playoffs at this point. The team’s offense is very powerful, but the lacking defense may become a problem.

The Calgary Flames will be a valuable team to watch when you’re looking at your NHL predictions. The Flames have great talent on hand, and Geoff Ward will be looking forward to moving the team along in his first full year as coach.

But the competition the Flames will face will be intense, and the team will need to build on its defense if it wants to go further and become more competitive.