We have 9 NHL games on the schedule for Tuesday, February 2nd, and these are our betting picks and predictions. 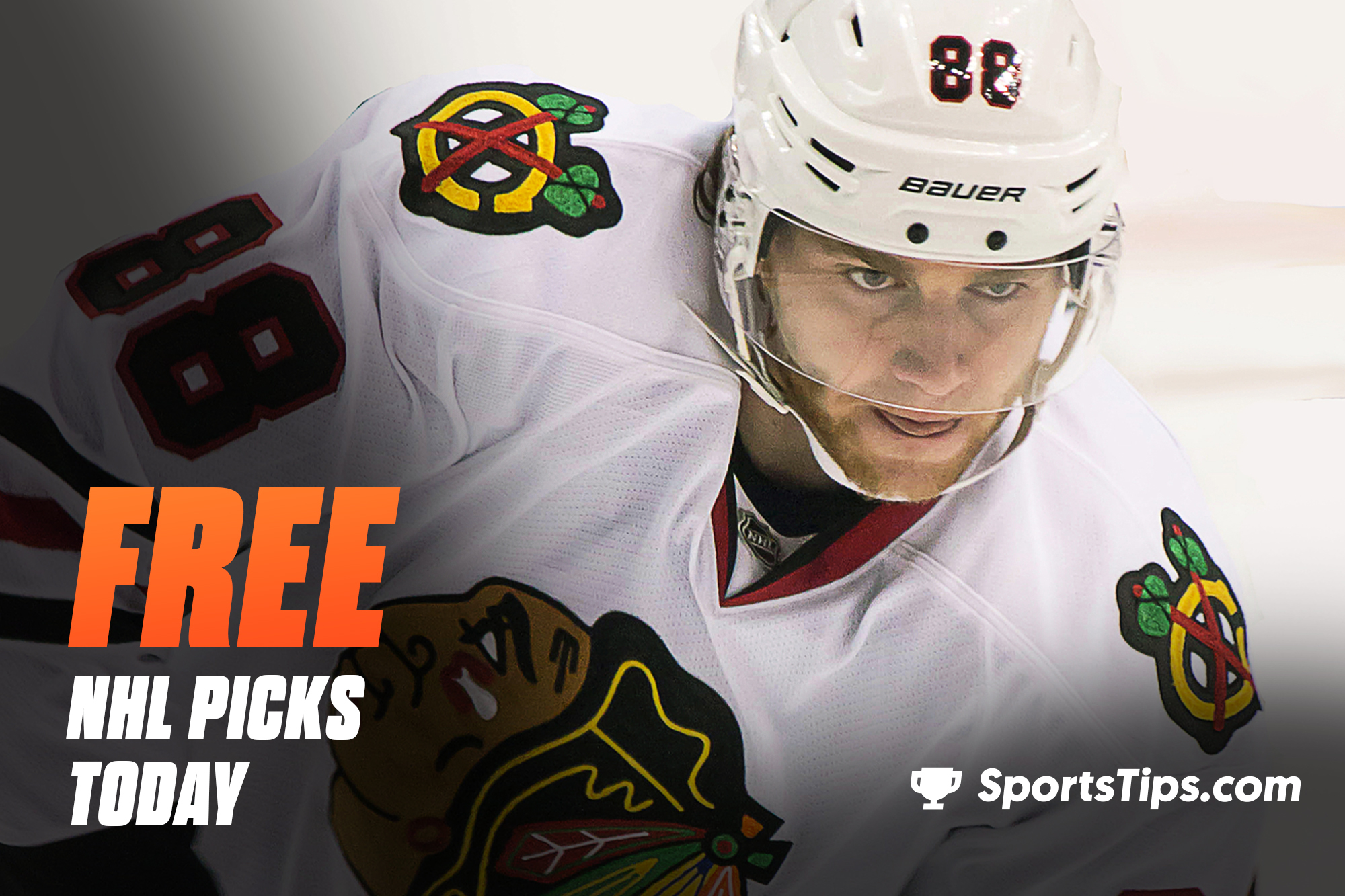 *This game has now been postponed due to COVID-19 health and safety protocols, a new date has not been confirmed at this time*

Buffalo split a weekend series with New Jersey, winning in a shootout on Saturday, 4-3, then losing on Sunday, 5-3. That dropped the Sabres to 4-4-2. They have scored 30 goals while allowing 32. Linus Ullmark has performed well as the team’s No. 1 netminder, posting a 2.56 GAA and a .914 save percentage.

The Islanders are in a major slump, dropping five straight, including a pair of overtime losses to Philadelphia over the weekend. New York is now 3-4-2, scoring 19 goals while allowing 24.

Sam Reinhart will travel with the team to Long Island and might play Tuesday: https://t.co/XAlzQkBCj4 pic.twitter.com/Y0fmOratFk

The Islanders suddenly find their goaltenders struggling as Semyon Varlamov has allowed 11 total goals in his last three starts. He still has a 2.00 GAA and a .924 save percentage. Scoring goals has been a major challenge for the Islanders the season. Mathew Barzal leads the team with 10 points, but no other player has more than five.

After dominating opponents in their first four games, the Dallas Stars are finally falling back to earth. They were swept by Carolina this past weekend, losing Saturday 4-1 before losing in a shootout on Sunday, 4-3.

That moves Dallas to 4-1-1 on the season. They have scored 23 goals while allowing 14 and their +9 goal differential is best in the division. Anton Khudobin is finally looking human again.

After allowing three goals through his first three starts, he has allowed seven over the last two, but still has a solid 2.17 GAA and a .922 save percentage. Joe Pavelski leads the team with 10 points but had just one in the two games against Carolina.

Columbus split a pair of games with Chicago over the weekend, winning 2-1 on Friday night before losing 3-1 on Sunday. The Blue Jackets are 4-3-3 and are tied for first in the Central Division with 11 points, but have played four more games than Florida who also has 11 points.

Columbus has scored 24 goals while allowing 28. They are 2-0-2 at home this season. Joonas Korpisalo (2.17) and Elvis Merzlikins (2.99) have each started five games this year. Columbus is led in scoring by Oliver Bjorkstrand with eight points.

Vancouver has won four straight games, including a 4-1 victory over Winnipeg on Saturday. They face Montréal on Monday night as well, but this article was written prior to that contest. Vancouver is now 6-5-0 with 40 goals scored and 37 goals allowed. The 40 goals are the most in the NHL this season.

Despite allowing 37 goals, the goaltending tandem of Braden Holtby (3.17) and Thatcher Demko (3.21) are turning things around, as they have allowed a single goal in each of the last four games. Three players have 11 points for the Canucks including Brock Boeser (8G, 3A), Bo Horvat (5G, 6A), and Quinn Hughes (1G, 10A).

Montréal split a pair of games with Calgary to and last week, defeating the Flames on Thursday 4-2 before losing on Saturday, 2-0. Those were their first two home games of the season.

The Canadiens have been big time road warriors this year, going 5-1-2 overall with 33 goals scored and 22 allowed. The loss to Calgary on Saturday was the first time this season that the team did not record at least one point and their +11 goal differential is second in the NHL. Carey Price (2.92, .898) is still the top goaltender, but Jake Allen has been solid (1.68, .933). Tyler Toffoli leads the team in points with nine and in goals with six.

Carolina is the hottest team in the NHL, winners of four straight after sweeping the Dallas Stars over the weekend, 4-1 on Saturday, and 4-3 on Sunday in a shootout. The Hurricanes are 5-1-0 overall with 18 goals scored and 10 allowed.

The +8 goal differential is second in the division to Dallas. Goaltending has been the hallmark of the Hurricanes success early on. Petr Mrazek (0.99, .955) and James Reimer (1.99, .918) have been brilliant in net this season.

Carolina is getting just enough goal scoring thanks to a trio of players who are tied with six points. Both Vincent Trocheck and Andrei Svencnikov have four goals and two assists and Sebastian Aho has a goal and five assists.

Chicago split a pair of games with Columbus over the weekend, moving the team to 3-4-3, with 26 goals scored and 31 goals allowed. Goaltending was horrific early on in the season as the Blackhawks had allowed five goals in each of the first four contests.

However, they have allowed 11 total over the last seven games. Kevin Lankinen has a 1.97 GAA and a .937 save percentage. Patrick Kane leads the team in scoring with 10 points.

After four days off, Arizona finally takes back to the ice. They defeated Anaheim last Thursday, 3-2. That moved the Coyotes to 3-4-1. They have scored 20 goals while allowing 22. Arizona has yet to win on the road the season, going 0-2-0.

Darcy Kuemper has been solid for the team and has been in the net for seven of the team’s first eight games. He has a 2.44 GAA and a .910 save percentage. Christian Dvorak and Conor Garland are tied for the team lead in goals (3) and points (7).

St. Louis has won three straight games, helping them to move to 6-2-1, tied for the top record in the West Division. They have scored 32 goals the season while allowing 29.

Calgary and Winnipeg are facing each other Monday night. This article was written prior to the conclusion of that game. The Flames earned a 2-0 victory over Montréal on Saturday. Jacob Markstrom stopped all 37 shots he faced and Elias Lindholm had two assists.

The victory moved to Calgary to 3-3-1 on the season. They have allowed just 17 goals while scoring 20. Markstrom has been in the net for all but one game, posting a 2.18 GAA and a .929 save percentage. John Gaudreau leads the team in scoring with nine points.

#JetsTV‘s @MitchellClinton gives his three takeaways to recap the #NHLJets‘ 4-3 shootout loss in a close game against the visiting Calgary Flames. pic.twitter.com/k148mXgZ87

Winnipeg is coming off a 4-1 loss to Vancouver on Saturday. That dropped the Jets to 5-3-0, tied for fourth place in the North Division. Winnipeg has scored 29 goals while allowing 25. Nikolaj Ehlers leads the team in scoring with five goals and 11 points.

They are getting quality goaltending out of Connor Hellebuyck who has a 2.67 GAA and a .910 save percentage and six starts. Winnipeg was 2-1-0 on the road entering Monday’s action.

Colorado and Minnesota split a weekend series in Minnesota with Colorado winning Saturday night, 5-1, and Minnesota winning in overtime on Sunday, 4-3. Now the teams move to Colorado. The Wild are 6-4-0 and in third place in the West Division.

They have scored 29 goals while allowing 28. Jordan Greenway leads the team with nine points and Joel Eriksson is the team leader with five goals and has nine total points. Kaapo Kahkonen has become the dominant goalie for Minnesota of late, posting a 2.86 GAA and a .903 save percentage.

Colorado moved to 6-3-1, second placed in the West Division. They have scored 36 goals while allowing 23, giving them a +13 goal differential, best in the NHL. Philipp Grubauer got a rare night off during the weekend, so he will likely be between the pipes on Tuesday.

The Colorado netminder has a 1.75 GAA and a .930 save percentage in eight games. Three different Avalanche players have at least 10 points, led by Nathan MacKinnon with 14. He leads the team in assists with 12. Mikko Rantanen has seven goals and 10 points.

Anaheim was swept by St. Louis over the weekend, extending their losing streak to three straight games. They gave up 10 goals in the two contests against the Blues while scoring just two total. That moved the Ducks to 3-5-2. In 10 games, they have scored an abysmal 16 goals while allowing 27.

John Gibson has been spectacular early on, but looks to be wearing down a little bit. He now has a 2.51 GAA and a .921 save percentage, allowing 10 total goals over his last three starts after allowing 10 total through the first six starts. It is embarrassing to say that the team leader in points is Ryan Getzlaf with five.

Los Angeles will have had four days off before Tuesday night’s contest. They lost to Minnesota on Thursday, 5-3. That dropped the Kings to 3-3-2 with 25 goals scored and 26 allowed. Goaltending has been solid of late.

If the team can avoid Minnesota (15 goals in four games) they would be doing just fine. Jonathan Quick has a 3.54 GAA and a .885 save percentage in five starts. Los Angeles is led in scoring by Anze Kopitar who has a goal and 11 assists for 12 points.

Ottawa won their first game of the season but have dropped eight straight since then, moving the team to 1-7-1, worst in the NHL. They have scored 22 goals while allowing 44, the most in the league.

They have a -22 goal differential, the worst in the league. There has not been a lot to be excited about the Senators. Goaltenders Marcus Hogberg (4.71, .845) and Matt Murray (4.82, .849) have both been mediocre in net. The leading scorer on the team is Brady Tkachuk with seven points.

Whether it’s Tyson Barrie manning the point on the PP or Gaëtan Haas providing depth down the middle, the #Oilers emphasized every player having defined roles when they spoke following today’s practice between game days. pic.twitter.com/IjOHx1K0W8

Edmonton defeated Ottawa on Saturday, 8-5. Leon Draisaitl had six assists and Connor McDavid added a goal and four assists to lead Edmonton. Stuart Skinner earned the victory in his first NHL start. Edmonton is now 5-6-0 with 38 goals scored and 41 allowed.