The middle of the three Thanksgiving Football games sees Washington travel to Dallas, with the winner getting top spot in the NFC East. 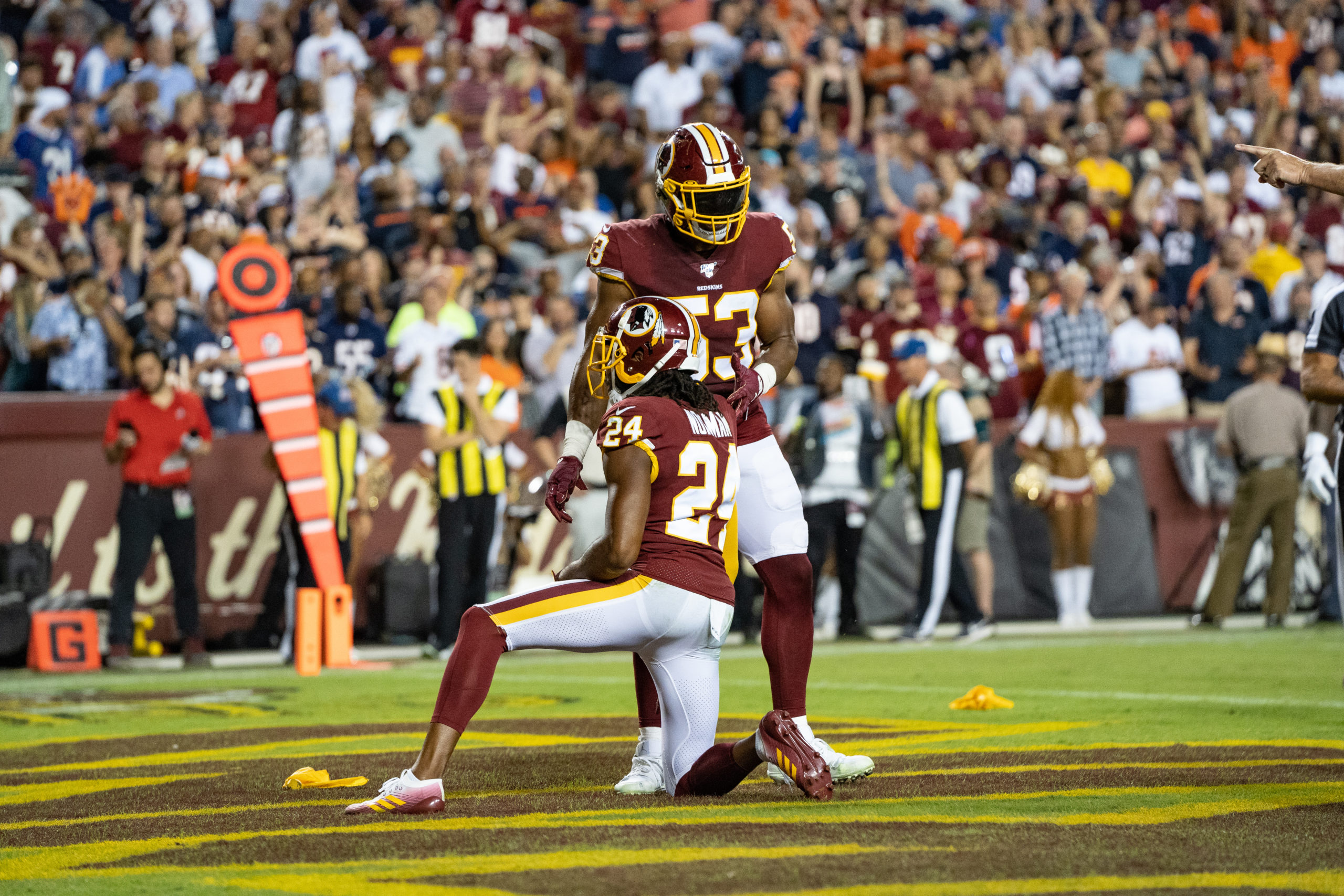 Things start to get interesting in the second game of Thanksgiving Football, with the 3-7 Washington Football Team travelling to Dallas to take on the 3-7 Cowboys.

It is no hidden fact how bad the NFC East is and whichever team wins this one, just their fourth of the season in Week 12, will take the top spot of the division, albeit with the Eagles and Giants still to play on Sunday.

The last time these teams met was back in week 7 where Washington dismantled the Cowboys 25-3, in what was their second full game without Dak Prescott. It was also the game in which Washington linebacker Jon Bostic slammed Andy Dalton, in what many believe was an outrageously dirty play, and cost Dalton some time on the sidelines dealing with a concussion.

There is plenty of feeling in this contest with plenty on the line for the divisional rivals, so let’s break down each team and see who will come out on top.

The Football Team come off a massive 20-9 home victory over the Cincinnati Bengals, where Antonio Gibson was the star of the show after rushing for 94 yards and a touchdown.

While the performance was overshadowed by Joe Burrow’s knee injury, Washington was putting together a really nice game, and bring some real momentum into this one.

Leads all rookie RBs in TDs.
Second in yards among rookie RBs.
Four straight games with a TD.@AntonioGibson14 kept it going in Week 11. #WashingtonFootball

After 11 weeks, Washington allows the least amount of passing yards per game and is tied for third most sacks in the league, highlighting how ferocious their defense can be. Last time they played Dallas, this defense managed a massive six sacks and seems to be the recipe to defeating the Cowboys.

Chase Young has been the favorite for Defensive Rookie of the Year all season long and through nine games has 25 tackles, 3.5 sacks and 2 forced fumbles, which is tied for 12th best in the league.

On the other side of the ball, Washington is on to their third quarterback of the season with seasoned veteran Alex Smith. One of the favorites for Comeback Player of the Year, Smith has thrown for at least 300 yards in two of his three games and thrown at least one touchdown in two of three, while over that stretch Washington has run for five touchdowns.

Washington would be coming into this game with confidence and momentum after a big victory on Sunday and a massive victory the first time these sides met.

Dallas is also coming off their third win of the season, a 31-28 upset victory over the Minnesota Vikings, a game in which they were the 7-point underdogs.

Andy Dalton returned from injury to throw for 203 yards and three touchdowns, with Amari Cooper being his main receiver with six catches for 81 yards. Ezekiel Elliot had his best game of the season, rushing for 103 yards, his first 100-yard rushing game of the season.

Dalton hasn’t been exceptional, throwing for 200 yards just twice in three starts while throwing four touchdowns and four picks. Sunday was different to the other two though, and it is due to two main reasons.

The running game was working, Zeke had 103 and the offense had 180 total yards on the ground, forcing the Vikings defense to respect the ground and open up the air.

In their most impressive all-around effort of the year, the #DallasCowboys outlast the Vikings 31-28#DALvsMIN Game Recap @bswhealth ⬇️

The other reason was Dalton was sacked just once. Minnesota isn’t terrible on defense, ranking 20th by averaging two sacks per game, but Dallas moved All-Pro guard Zach Martin to right tackle and the Cowboys’ offensive line looked the best it had all season.

The Cowboys defense is much more improved compared to the first 7-8 games of the season, however they have allowed the most passing touchdowns in the league, 24, and have only had 3 interceptions.

The Cowboys get back to Dallas and come in with plenty of momentum, sticking within five points of the undefeated Pittsburgh Steelers before upsetting the Vikings in Minnesota in their last two. They have managed to cover the spread in both occasions and have at least 52% of the bets in this one.

This spread opened at just one point and has drifted out to three points after the weekend, but have people forgotten what happened just five weeks ago in Washington? The Football Team absolutely dismantled this Cowboys’ offense, keeping them to just three points.

While their offensive line has since improved, this Washington defense is legit and will cause problems for Dalton all afternoon, much like in week seven.

Dallas has won their three games this year by one point, three points and three points. And a team that has dominated them already this year is 3-point underdogs. Can somebody please explain that?

Dallas could pop up and win this one purely because of their pride and what is at stake, but Washington’s defense is the best of the four units in the game and will get them over the line.

Image by: All Pro Reels