Are you looking for NFL best bets ahead of week 13 action? We have put in the time to come up with three best bets to make you a winner. 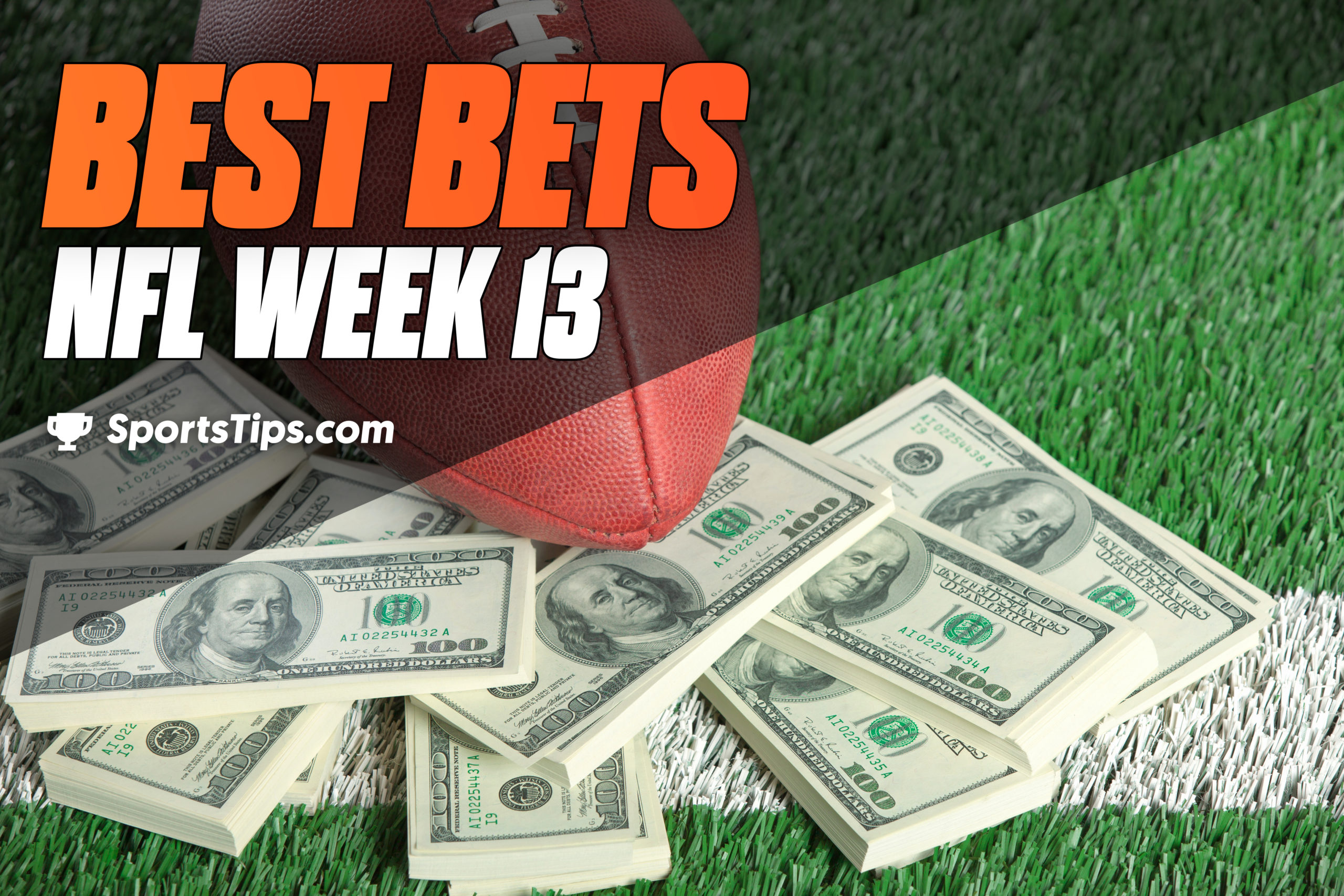 After a successful Thanksgiving weekend, we are looking to press ahead with our NFL best bets and lock in some more money with just five weeks remaining of the regular season.

Our first two best bets come in divisional matchups with second and third place in the AFC South and the NFC West going head to head with one another. Both of the second seeds are favored on the road, but do we think they will win?

Our final bet is mixing it up from our usual NFL betting strategies, and running with a parlay of heavy favorites. Check out who we have included and the odds you can get below!

The Indianapolis Colts are coming off an embarrassing home loss to the Tennessee Titans and travel to Houston for their second straight divisional contest, to take on a red hot Texans outfit.

The Houston Texans have won two in a row and three of their last four, however their victories have come against the Jacksonville Jaguars, New England Patriots and Detroit Lions. The Texans’ defense has come alive during their two-game winning streak and were all over Matt Stafford on Thanksgiving. The team had four sacks and JJ Watt got a pick-6 as well.

Unfortunately for the Texans, news broke this week that two players would be suspended for six games due to breaking the NFL’s drug policy. Bradley Roby, corner, will be a loss of depth in the position, and he totaled 37 tackles, one interception and one fumble recovery for the season.

The big loss however is star wide receiver Will Fuller. After losing DeAndre Hopkins in the offseason, Fuller took over as Deshaun Watson’s first choice as receiver, having a team high 879 receiving yards and eight touchdowns. The next highest receiver has just three touchdowns through three games.

They now face an Indianapolis defense that is ranked fifth in total yards, sixth in passing yards, seventh in rushing yards and ninth in points per game. The Colts are currently 7-4 on the season and sitting in a wildcard slot in the AFC, but are also just one game back from the Titans for top of the AFC South.

DT/DE Denico Autry has been activated from the Reserve/COVID-19 list. pic.twitter.com/2sr1jIwYJG

The Colts have had a tough schedule compared to some of the AFC heavyweights, having five games against teams with winning records so far, going 2-3 in those games. However, they are 5-1 against teams with a losing record and are also 3-2 against the spread on the road.

Deshaun Watson is the better quarterback and is getting points at home, but the loss of Fuller is massive for Houston, who is just 2-3 against the spread at home.

Take the Colts to bounce back and keep their playoff dreams alive in a tightly contested race to the postseason in the AFC.

An NFC West battle with two teams that are both coming off disappointing losses.

The Los Angeles Rams, who we backed and let us down, lost their first home game of the season by falling to the San Francisco 49ers, 23-20. While this was a shock to many, including us, Kyle Shanahan has gotten the better of Sean McVay in their last four meetings. On the season, the Rams are 0-2 against the 49ers and 7-2 against everyone else.

Another one for the history books. @AaronDonald97 x #ProBowlVote pic.twitter.com/l3IPJwJ7HK

Ramsey will now come up against DeAndre Hopkins in a battle of two of the best in their position. Ramsey has kept the likes of D.K. Metcalf, NFL’s leading receiver, to just two catches and 28 yards. If he can limit Hopkins, he limits the Cardinals’ offense in a big way.

Kyler Murray has had a shoulder injury for the last two weeks and both he and Arizona Cardinals have suffered because of it. Murray has run the ball just five times in each of his last two matches, where the four before that he ran for at least 10 attempts in each game.

Jared Goff hasn’t been that better for the Rams, as in his last four games, Goff has had 10 total turnovers. He has thrown six interceptions and had five fumbles, four of which he lost. The Rams’ biggest weakness right now is Jared Goff and while they have an incredible defense, the team will only go as far as he allows them to.

The Rams have the ninth most rushing yards per game in the NFL and have much been better in the last few weeks, however Goff is still the answer. The Cardinals are a middle of the road team defensively, but are below average against the run. If the Rams can unleash their running backs, led by Cam Akers, they can exploit Arizona’s defense and help keep the pressure off Goff.

Despite failing for us last week, we are backing the Rams to bounce back and keep in touch with the Seattle Seahawks for the NFC West Crown. The NFC’s race to the postseason is getting tighter as the weeks go on, but the Rams should essentially lock themselves into the playoffs with a win here and there is some with some value on the spread, so grab it while you can.

We are mixing things up this week with a tonne of heavy favorites across Week 13 action. We are rolling out a five-leg favorites parlay to get some value from some teams that have no value in straight up markets.

The first is the Las Vegas Raiders (-411) to travel to New York to take on the winless New York Jets. The Raiders have lost two in a row but need to keep winning to stay in the race for an AFC wildcard slot. They have three games against opponents with losing records remaining and need to win all three at a minimum for a chance to sneak into the postseason. Meanwhile, the Jets are the Jets and need to keep losing to get Trevor Lawrence.

The next is the Miami Dolphins (-600) as heavy favorites at home against the Cincinnati Bengals. Miami are actually 11.5-point favorites in this one and should be getting Tua Tagovailoa back from injury, while the Bengals put in an incredible fight against the New York Giants in their first game without Joe Burrow, but should have lost by more in that one.

They had a kickoff return for a touchdown and Daniel Jones was hampered by a hamstring injury for most of the game. Miami will win this one to stay ahead of the Raiders and Baltimore Ravens for the last wildcard slot in the AFC, but the spread is too big to follow.

Speaking of the Giants and Daniel Jones, who might not even play due to that previously mentioned hamstring injury, they are travelling to Seattle to take on the resurgent Seattle Seahawks (-500). Seattle’s defense has turned things around and now leads the NFL in sacks and quarterback pressures over the last four weeks.

Russ is cooking on offense again and has allowed Metcalf to be sitting at the top of the receiving yards leaderboard after 12 weeks. A 10-point spread is massive and we aren’t for taking risks in a parlay, so lock in the Seahawks win.

The fourth game we are adding to the parlay is the Minnesota Vikings (-500) as big home favorites over the Jacksonville Jaguars. The Jags have had some high scoring and close affairs with Mike Glennon as quarterback, but are still yet to record a win after Week 1. Minnesota on the other hand are 4-1 since their bye and are just one game behind a wildcard place in the NFC. The Vikings are at home for a third week in a row and will keep their winning trend.

The final game of the parlay is the best team in football at home on Sunday Night Football. The Kansas City Chiefs (-926) host the Denver Broncos, who have elevated some actual quarterbacks off the COVID-19 injury reserve list, in an AFC West battle. Last time these teams played was in week seven when it was snowing in Denver and the Chiefs came out as 27-point winners.

Kansas City has been the best offense in the league after week five, ranking first in points per game, yards per game and passing yards per game. A two touchdown spread is scarily high, and we wouldn’t be surprised if the Chiefs covered it, but for the last leg of the parlay, take Kansas City straight up.

No surprise here as @cheetah earns offensive player of the week! #ProBowlVote pic.twitter.com/hzEkwqYcAp