Are you looking for NFL best bets ahead of week 12 action? We have put in the time to come up with three best bets to make you a winner. 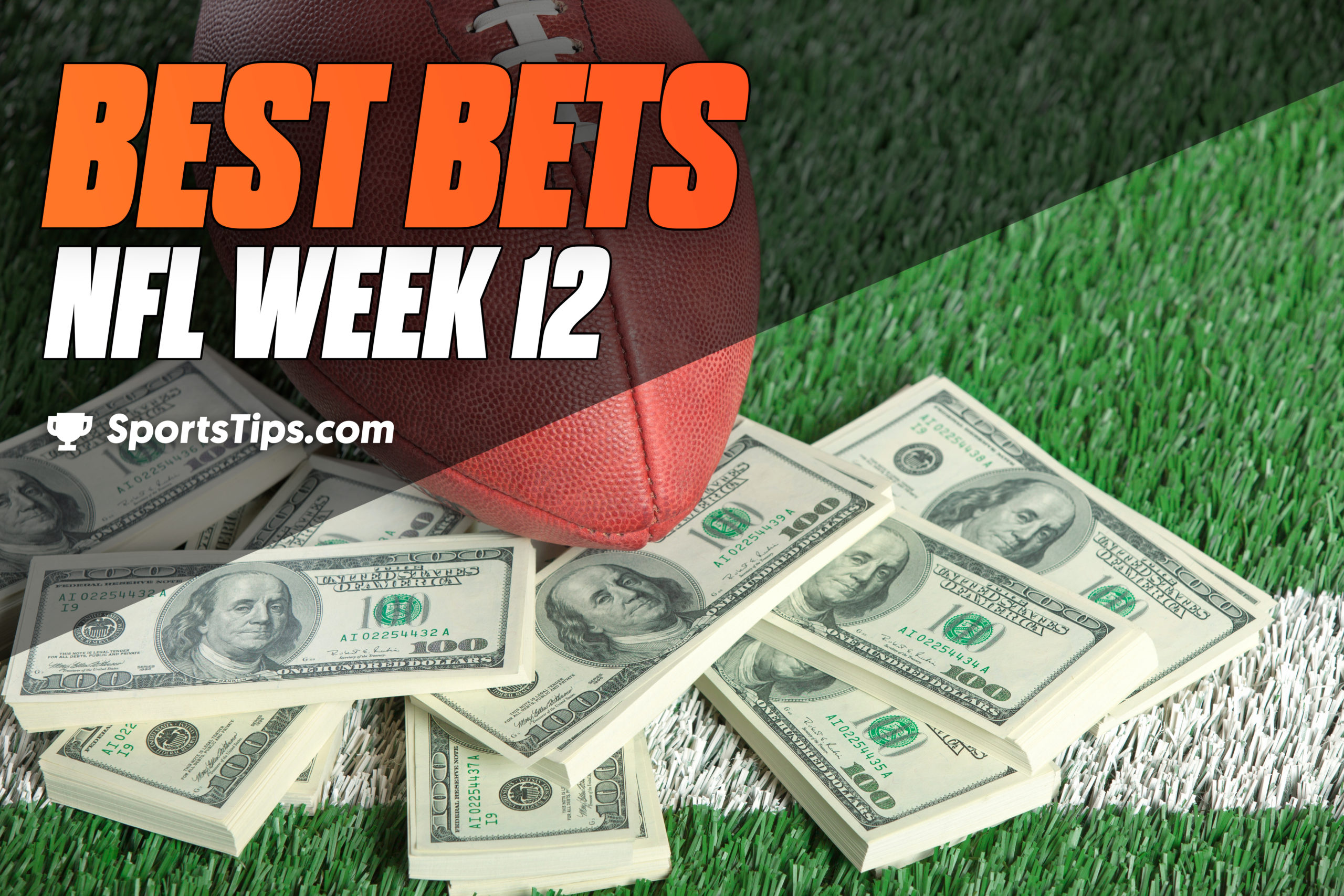 After going 5/6 in our Thanksgiving straight up, spread and totals predictions, we are feeling confident about our Week 12 NFL Best Bets.

We have two teams that have been involved in some high scoring affairs in their last couple going over their totals mark, while we have two heavy favorites winning by over a touchdown to get to the top of their divisions.

If you are ready to start winning and cashing some bets, check out our predictions below.

The Los Angeles Chargers managed to scrape by the winless New York Jets for just their third win of the season and travel to Buffalo to take on a 7-3 Bills team coming off a bye.

With just six weeks left, Buffalo holds a narrow one game advantage over the Miami Dolphins for top spot in the AFC East. They come off their bye and seem to be hungry to put that to bed early, starting with a big matchup with the Chargers.

Buffalo’s defense has been questioned on multiple occasions, but they actually have the most forced turnovers in fourth quarters this season with nine. This highlights that when games get tight, the Bills’ defense comes up clutch.

The worry is, in their last two games Buffalo has given up 32 points to the Cardinals and 34 points to the Seahawks. Both of those sides are offensive juggernauts and much better than the Chargers, but that is a lot of points to be giving up for a division leading team.

I’ve could watch this throw by Herbert 100 times…🔥pic.twitter.com/JxGGceteym

The Chargers are a tough one to pick as they always seem to play to the level of their opposition. They could only just beat the Jets by six points last weekend, but then also managed to stay within one score of the Raiders, Saints, Buccaneers and Chiefs, who are all well and truly in the playoff picture.

Talking of high scoring affairs, the Chargers have had seven straight games where the total score has been 50 or more, with their lowest score over that stretch being 21 and their highest being 39.

The weather in Buffalo on Sunday is sunny with some wind expected, meaning Justin Herbert and Josh Allen, who are both in the top nine in passing yards and passing touchdowns, have perfect conditions for a throw off.

Buffalo will win this one, but with the Chargers playing and the spread sitting at 5.5 points it is tough to see which way it will go. One thing that will happen, this one is going overs.

The fact that the Giants are favored by less than a touchdown here is disrespectful. The Cincinnati Bengals are coming off a 20-9 loss to Washington, a team that New York has beaten twice so far this season.

They also lost star rookie quarterback Joe Burrow to a devastating knee injury and will be starting Ryan Finley who has; three career starts to his name, has three career interceptions compared to just two touchdowns and has a career completion percentage of just 45.4%.

The Giants defense is very underrated, ranking sixth in rushing yards allowed and 12th in points allowed, being led by Blake Martinez who is tied for eighth in solo tackles with 56 and tied for third in total tackles with 96.

New York has it covered in the secondary as well, with cornerback James Bradberry tied for eighth with three interceptions. In their three wins, the Giants have held teams to 20 points or less, and with Burrow going down and Joe Mixon already on the injured reserve list, it is hard to see how this Bengals team will score enough points to make this a contest.

With Washington’s victory on Thursday, they have taken top spot in the NFC East and New York could take over the lead with a win over Cincinnati.

New York is hungry for the win and the division lead. They are 4-0 against the spread since Week 7, have scored at least 20 points in six straight and Daniel Jones has back to back games with no turnovers. This could be a blowout for the Giants.

Take the Giants to win by more than a touchdown, cover the spread and take top spot in the NFC East.

San Francisco comes off a bye and travels down to Los Angeles to face the Rams in an NFC West battle.

These sides have already faced once this season, with the 49ers getting an 8-point home victory in week six. Both sides look completely different now, and this one will be played at SoFi stadium, a venue where the Rams are 4-0 on the season with an average margin of victory of 8 points.

Los Angeles is scary on defense, averaging the equal second most sacks in the league with 3.4 per contest, and that number increases to 4.5 per game when at home.

They allow the fewest yards per game and second fewest points per game for the season and in their last two games, against Tom Brady and Russell Wilson, have kept their opponents to an average of 20 points.

This San Francisco offense, with Nick Mullens at quarterback and George Kittle out for the season, is far worse than either of the Rams previous two opponents.

The 49ers defense is actually ranked seventh for yards per game allowed, but ranks just 22nd in sacks per game with 1.8. Jared Goff has proved time and time again that if he has time in the pocket and is allowed to be comfortable, that he is a great quarterback.

The 49ers last three games has seen them lose by 10 to the Seahawks, 17 to the Packers and 14 to the Saints. The fact that the spread is under a touchdown in this one, Los Angeles is the bet to go with.

Take the Rams to win this one by over a touchdown and stay on top of the NFC West in the process.