AFC Review & The Race to the Postseason

The AFC is home to the three favourites for the Super Bowl, and the race is heating up for postseason positioning. 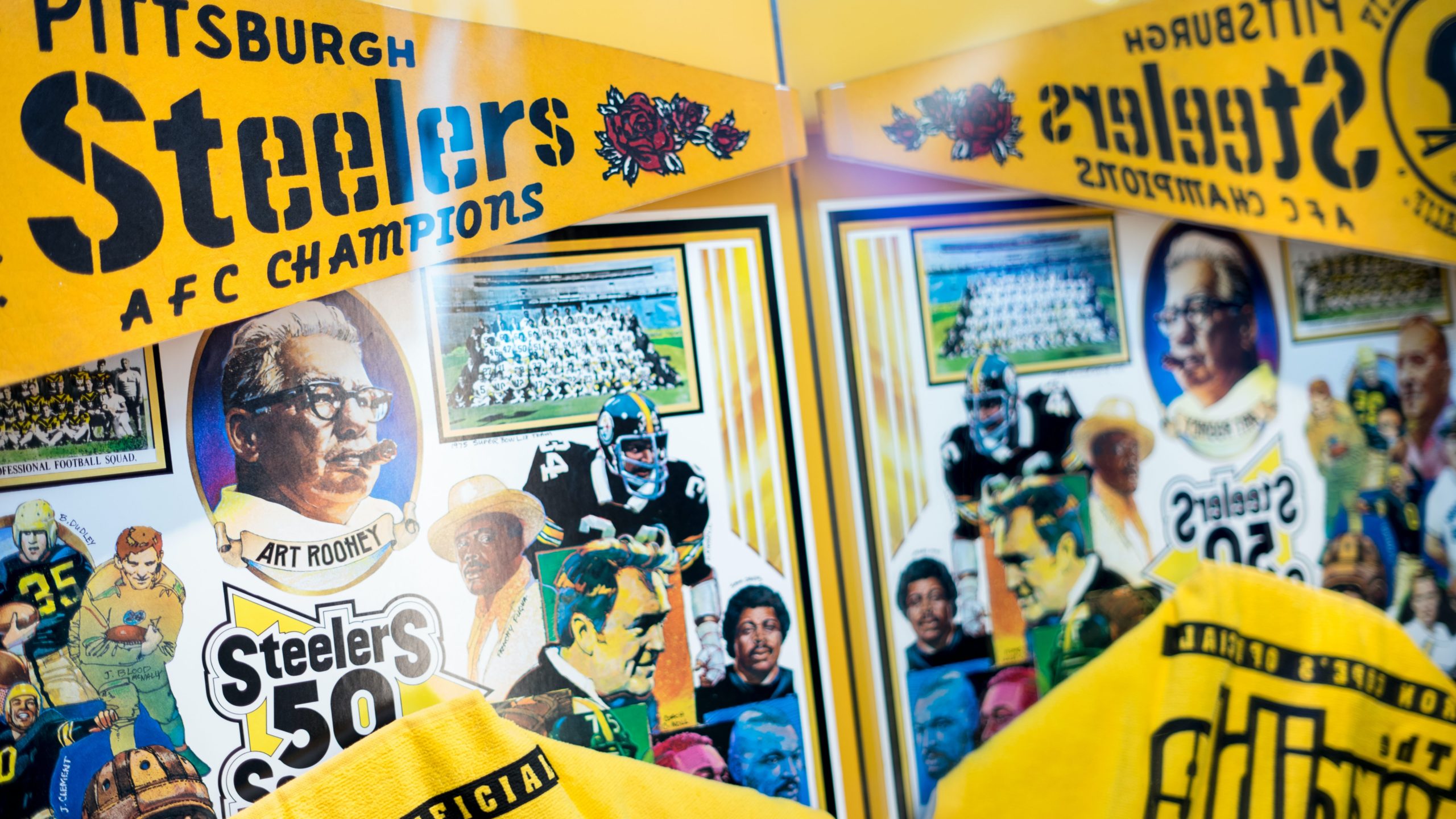 Seven weeks down, ten more to go and the AFC playoff picture is beginning to take shape.

The NFL changed its playoff format for this season, with seven teams from each conference making the playoffs and just the top seed getting a wild-card round bye. This gives sides more incentive to fight for regular season wins, with just one bye on offer and another playoff spot up for grabs. What AFC teams will take advantage of this? Check out our expert NFL analysis below.

The AFC is host to the reigning Super Bowl Champion Kansas City Chiefs and the last two MVPs in Patrick Mahomes and Lamar Jackson. Pittsburgh, Tennessee and Buffalo are currently leading their divisions and gunning for the Chiefs and the AFC crown.

The current AFC standings for those in the postseason race and odds for the AFC Championship are listed below.

There is a tight race at the top of the conference with five teams chasing the wild-card round bye, while four teams are competing for the last two wild-card slots, currently held by the Browns and Colts.

Our experts make their NFL predictions for the AFC below and pick what the first week of the playoffs might look like.

The Pittsburgh Steelers (6-0) are the NFL’s last undefeated side and hold a 1-game lead over the Baltimore Ravens (5-1). The Ravens don’t seem like the team that blew everybody away last season but are still right in the hunt for the division title.

The Cleveland Browns (5-2) are right in the mix after a resurgent start to the season, but the loss of Odell Beckham Jr. for the season is a massive blow to a side already missing star running back Nick Chubb. The Cincinnati Bengals (1-5), led by 2020 #1 pick Joe Burrow, are a long way off contending.

The Steelers have one of the easiest remaining schedules, despite having five games against teams in playoff contention from their remaining ten. Two of those five games come against the Colts and the Browns, both of whom are fighting for the second wildcard slot.

Baltimore has a 24-1 record with Lamar Jackson as starting QB against every team in the NFL except the Kansas City Chiefs, with whom they have a 0-3 record. Luckily for the Ravens, they won’t have to play the Chiefs until a potential AFC Championship game. The Ravens play five games against teams in playoff contention from their remaining ten and their two against the Steelers will define the division.

The Browns’ record has been boosted by playing Cincinnati twice as well as Washington and the Cowboys. They are banged up and hurt but are one week away from the bye and the rest will only benefit them. They play five games against teams in playoff contention from their last nine, but only three against teams with a record better than 0.500.

The weeks 8 and 12 matchups between the Steelers and Ravens will determine who wins the division with one having a chance at a top two finish and the other will finish 5th. Given the new format, the AFC North should have three teams in the playoffs, with the Browns making the playoffs for the first time since 2002.

The Tennessee Titans (5-1) suffered their first loss for the season in week 7 and their lead in the AFC South diminished to just one game. The Indianapolis Colts (4-2) started the season with one of the best defenses and will be looking to take advantage of the new playoff formatting to bounce back into the postseason. The Houston Texans (1-6) are severely underperforming and should be doing a lot better than they are, while the Jacksonville Jaguars (1-6) are an easy win for contending teams.

Indianapolis started 3-1 and looked like a contender behind new QB Philip Rivers and a tenacious defense. They were then easily defeated by the Browns and faced a 21-0 deficit to the lowly Bengals before just scraping over the line. Indy’s remaining fixture is boosted by three divisional games against the Texans and Jags but also face the Ravens, Steelers, Packers and Titans twice.

Tennessee will win the division and need to stay ahead of Buffalo for third in the AFC to avoid the dreaded wild-card round match up with whoever finishes second in the AFC North. Indianapolis have a fight on their hands for the last playoff spot, with the Dolphins and Raiders just a game behind and both with easier schedules. The Colts’ experience and one game lead should allow them to hold on.

In what used to be the Patriots’ division when led by Brady, Josh Allen and the Buffalo Bills (5-2) have stepped up to fill the void. Electric offense has led the Bills to a 1.5 game lead over the Miami Dolphins (3-3), who have just promoted rookie QB Tua Tagovailoa to the starting unit. The New England Patriots (2-4) have been hampered by COVID-19 and a terrible starting offense while the New York Jets (0-7) are a basketcase and leading the race for Trevor Lawrence.

Buffalo started the season on fire, going 4-0 and looking like serious Super Bowl contenders. However, the last three weeks have brought convincing losses to the Titans and Chiefs, before a narrow, lackluster victory over the lowly Jets, where they didn’t score a touchdown, gave the team a reality check. The Bills have a tricky schedule coming up with five out of nine games against teams currently in the playoff picture including three against the tough NFC West.

307 yards through the air, 67 on the ground.@JoshAllenQB showed why he’s a dual threat in Week 7.@BuffaloBills | #BillsMafia pic.twitter.com/qJg8HDAb45

The Dolphins, behind journeyman QB Ryan Fitzpatrick, have had a whirlwind of a season to date. Losses to tough divisional rivals, the Patriots, and then lead AFC contenders in Buffalo and Kansas City is quite respectable when their three victories include a 26-point thumping of last season’s runners-up, the 49ers, in San Francisco.

After taking the field for the first time at the end of their thumping of the Jets in week 6, Miami has elevated rookie QB Tua Tagolaivoa to the starting unit. Miami is obviously looking towards their future and starting to develop their young star, but have the second easiest remaining schedule of AFC contenders with just four games against teams in the playoff race and six against those that aren’t.

Buffalo will hold on to the AFC East however should be aiming to avoid finishing fourth in the conference to prevent a wild-card round matchup with either the Steelers or the Ravens. Miami’s playoff fate will be determined by how well they and Tua adjust to the young QB in the starter’s role. A favourable schedule will allow them to keep on the Colts’ heels and make a genuine race out of it.

Last year’s Super Bowl champion Kansas City Chiefs (6-1) are dominating the AFC West once again. A shock home loss to the Las Vegas Raiders (3-3) showed that this team isn’t flawless, but they have plenty of time to sort themselves out before a deep playoff push.

The Raiders are playing well in their new home and Derek Carr has finally taken control of the offense. The Los Angeles Chargers (2-4) and the Denver Broncos (2-4) are both playing young quarterbacks and are building for the future.

Kansas City are on pace to represent the AFC once again and have a tough fight on their hands for the wild-card round bye. They have been helped by playing just three teams in playoff contention so far, and have one of the easiest remaining schedules in the conference.

The Raiders have had shock wins over the New Orleans Saints and the Chiefs, boosting their record to 3-3. Being able to face the Falcons and Jets as well as both the Chargers and Broncos twice in their remaining ten games helps their cause. A week 14 matchup with the Colts and a week 16 matchup with the Dolphins could determine which of these three teams play in the postseason.

Kansas City has the easiest schedule remaining of the divisional leaders, including Baltimore, and are primed to get the week one bye. There is a genuine race for the last playoff spot in the AFC and the Raiders have a chance of making the playoffs for just the second time since 2002. Despite their easier schedule, this Las Vegas side has plenty of room to improve and might not be able to do it quite yet.

The Chiefs have the easiest remaining schedule and are most likely to finish on top of the conference and be rewarded with the wild-card round bye. While the Steelers are undefeated at the moment, their weaknesses were on full display against the Titans and have a rough bevvy of games coming up. The Ravens look primed to take advantage of this and reclaim power in the AFC North, with Lamar Jackson getting back to his MVP ways.

Tennessee and Buffalo both have strongholds on their divisions but are in the race to not finish fourth and have to play, what we are predicting will be, the Steelers in the wild-card round.

The Browns, Colts, Dolphins and Raiders all have claims that they could be one of the last two teams in. Cleveland and Indianapolis’ current leads, combined with an easier fixture and veteran experience will be enough for them to hold on.

Check out our NFL expert AFC Standings predictions for playoff teams below:

Image by: Hence The Boom