The NFC East Is Making The Wrong Kind Of History

The Philadelphia Eagles (2-4-1) are the favourites to take out the NFC East division. 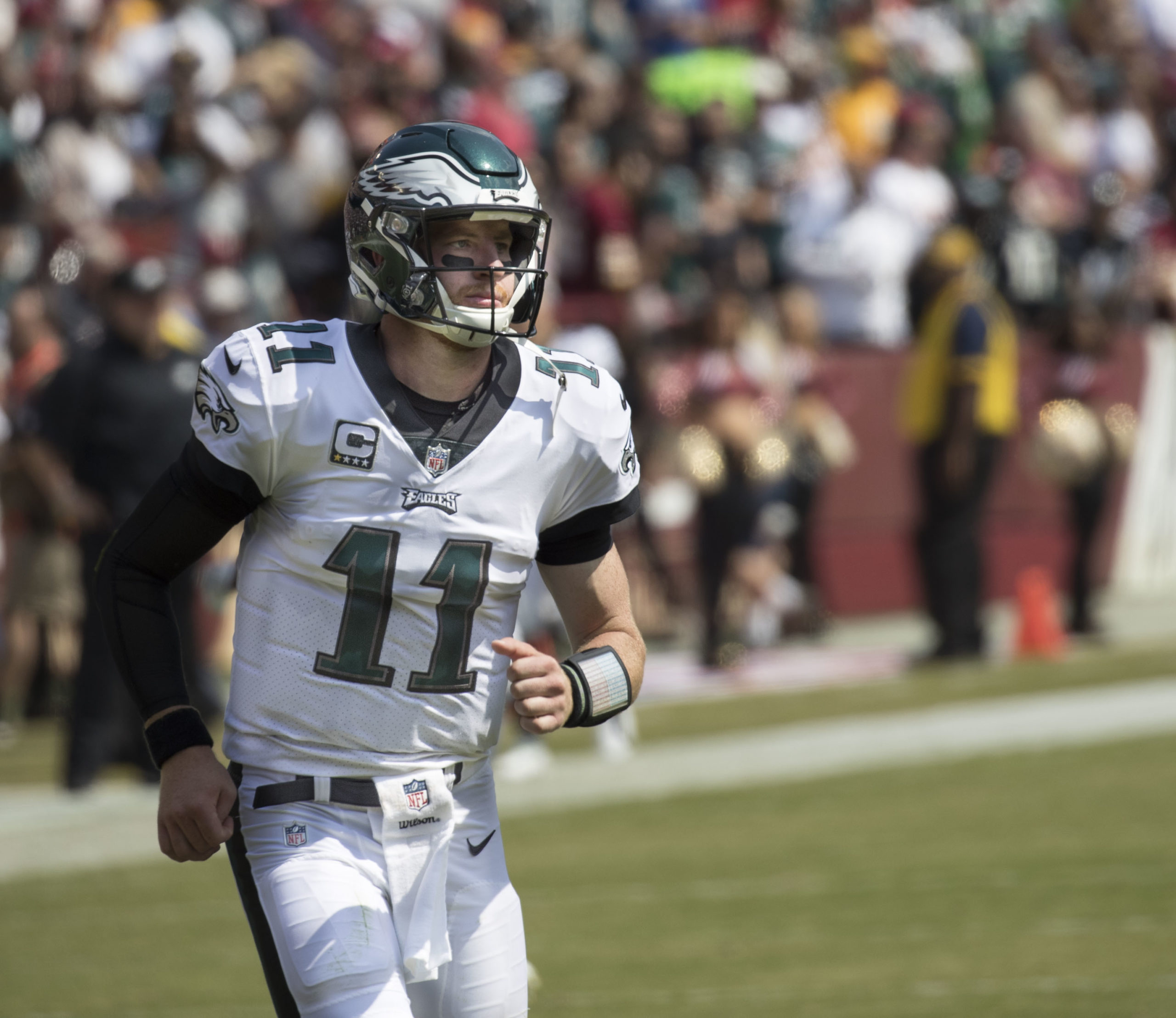 Following last Sunday’s matchup between Dallas and Washington, the NFC East became the first division in NFL history that had all participating teams register fewer than three wins after the opening seven weeks of football.

As it stands, the Philadelphia Eagles are on pace to have the worst division championship record in NFL history. Surpassing the 2010 Seattle Seahawks, who won the NFC West with a 7-9 record.

Despite their lacklustre level of play, somebody has to win the division and whoever does will host a playoff game at the end of the season. And in the postseason, anything can happen.

Odds to win the NFC East

A one point victory against the New York Giants on Thursday Night Football was far from convincing, but was enough for the Eagles to take the top spot in the NFC East after Week 7. With Dak Prescott out for the season, Carson Wentz is undeniably the division’s top quarterback, despite throwing a league high 10 interceptions.

Wentz has kept the Eagles competitive despite multiple injuries to Philly’s offensive line, who has allowed him to be sacked a league high 28 times. If the Eagles get some key players back, they should have no trouble taking out the division.

Despite having Ezekiel Elliott, Michael Gallup, Amari Cooper, and CeeDee Lamb as their offensive weapons the Dallas Cowboys couldn’t find their way to the end zone in their Week 7 matchup against Washington.

Washington’s two wins have both come from NFC East matchups, defeating the Eagles 27-17 in Week 1 and the Cowboys 25-3 in Week 7. Defensively, Washington has been the best team in the division, allowing only 23.6 points per game and accumulating 22 sacks, the fourth most in the league.

Like all teams in the NFC East, their offensive line has struggled. However, Washington’s lack of offensive weapons and absence of a franchise quarterback is restricting them to only 19 points per game, the third worst in the NFL.

Despite their 1-6 record, the Giants have been competitive in all but one of their games, having now lost four matches by four points or less. The Giants are the only team in the NFC East without a second win, making their matchups against Washington and Philadelphia in Weeks 9 and 10 pivotal if they are to have any chance of winning the division.

New York has a turnover differential of -4, emphasising the impact Saquon Barkley’s absence is having on the Giants running game. New York’s defense certainly isn’t horrible; however, the Giants offense lacks the ability to score, averaging only 17.4 points per game, the worst in their division and second worst in the league.

Pointsbet are offering a special line market for the number of games won by the winner of the NFC East division. Over 7.5 wins is the favoured option at -130, while Under 7.5 is the value underdog at +105.

Each team in the NFC East is heavily flawed in their own way. However, one of these teams will be hosting a playoff game come season’s end and with only one game separating the top and bottom team, it really is anyone’s for the taking.