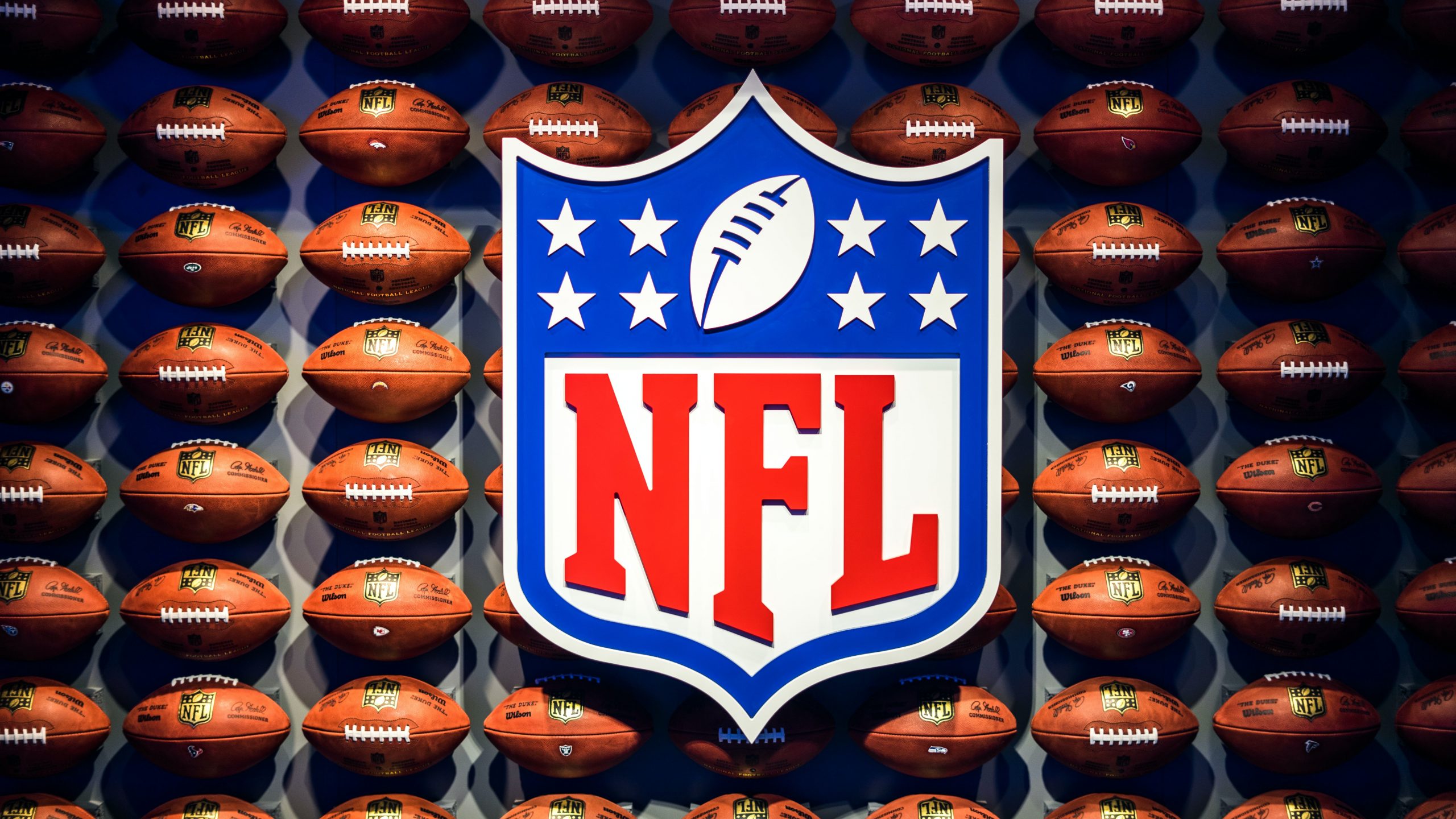 The new season of the NFL has started and the Super Bowl odds are already starting to take shape. If you are interested in NFL betting, then it is important to understand what the odds are and how they may change throughout the season, so you can make your dollar stretch even further.

SportsTips has reviewed the first three games favourites to win each division according to PointsBet odds. Have a read on below for more details about each of those teams and odds:

Super Bowl Odds at the Start of the Season: +600

Being the hunted so far doesn’t seem to have affected them too much as one could say have thrived upon the pressure as they sit with a 3-0 win loss record on top of the AFC South division.

The Chiefs have scored the second most amount of points in the AFC so far with 91 points, whilst also have one of the tightest defenses only allowing 60 points through three matches.

Former MVP Patrick Mahomes is the driving force for the offense ranking fifth in the NFL for passing yards with 898, completing nine touchdown passes with completion rate of 67.8%. Mahomes is supported by Tyreke Hill, Travis Kelce and rookie running back Clyde Edwards-Helaire who has 240 rushing yards through three games.

The Chiefs are also a hard nosed defensive team as linebacker Anthony Hitchens has made 21 tackles, and defensive tackle Chris Jones is tied for second in sacks with 3.5.

Super Bowl Odds at the Start of the Season: +650

The Ravens opened as second favourites for the Super Bowl and  three games into the NFL season and after a home loss to last season’s champs, the Kansas City Chiefs, sit in second place in the AFC North behind the Pittsburgh Steelers, who have won all their games so far.

What is more pleasing for the Ravens is that they have scored 91 points so far which is the highest out of any team in the AFC North, whilst allowing the least amount of points in their division with just 56 points.

The loss to Kansas City is a worry, with Lamar Jackson, as a starter, being 0-3 against the Chiefs while being 21-1 against all other teams, with the two sides likely to face for the AFC Championship.

Jackson hasn’t really hit the ground running just yet as he is ranked 30th in the league for passing yards, only managing 479 so far with a completion rate of 77.6%. Jackson is also the only Ravens player to be ranked when it comes to rushing yards as Jackson is ranked 40th.

Heading into the new NFL season the Buffalo Bills were the fifth favourite to snare their way into the Super Bowl and if they keep on continuing their 2020 form who knows what may happen. The Bills are currently undefeated and sitting pretty on top of the AFC East with wins over the New York Jets, Miami Dolphins and Los Angeles Rams.

This may also have something to do with quarterback Josh Allen who is ranked second in the NFL for the most passing yards with 1,038, with a completion rate of 71.1%. Allen’s pairing with star wide receiver Stefon Diggs, who was traded for in the offseason and is ranked fourth in receiving yards through three games, has given the team an offensive lift that can push them towards the AFC Championship.

The Titans are looking to make back-to-back playoff appearances, however, judging by their hot start to the season they are looking at claiming the AFC South title as well. The Titans are one of four teams to begin the season undefeated in the American Football Conference as they have won all their games so far which has included wins over Denver Broncos, Jacksonville Jaguars and the Minnesota Vikings.

That hot start could also be overlooked due to the margin that they have won those games by as their three wins have a combined margin of just six points. They defeated the Broncos by two points, got over the line against the Jacksonville Jaguars by three points, and had a hard fought win over the Vikings to defeat them by one point.

But let’s not dwell on it too much as after all they are undefeated. Another reason why they are undefeated could be down to a mix of attack and defence. On the attacking side quarterback Ryan Tannehill is ranked number 10 in the NFL for passing yards, as he has thrown 809 yards with a completion of 67.3% but has thrown six passing touchdowns, while running back Derrick Henry is ranked #1 in the NFL for rushing yards with 319.

The Titans defense holds up especially well when you have a player like safety Kenny Varco who has laid 23 tackles and Jonathon Joseph who is 5th in the league for interceptions.

Seattle started the 2020 season with +2000 odds to claim the Super Bowl but after impressive performances against the Atlanta Falcons, New England Patriots and against the Dallas Cowboys, the odds have shortened. The Seahawks sit nicely on top of the NFC West division with a 3-0 record, and have since become the third favourites to claim the Super Bowl with +1100 odds.

Their defence though is somewhat of an issue as, despite trading for star safety Jamal Adams, injuries and form have caused them to  allow an NFC West most 86 points through three games. Bobby Wagner is doing his bit with 26 tackles.

Despite their defensive woes, Russell Wilson has put the team on his shoulders and thrust himself to the forefront of the MVP race (+220 favourite on PointsBet), throwing an NFL record 14 touchdown through the first three games and ranking fourth in passing yards with 925. Second year stud, DK Metcalf is emerging as one of the best wide receivers in the league with a touchdown in each of the first three games while ranking third for receiving yards with 297.

The New Orleans have thrown up a mixed bag of results so far in the NFL as they sit second in the NFC East with a 1-2 win loss record, sitting behind the Tampa Bay Buccaneers.

Their only win in their 2020 campaign came up against the Buccaneers where they defeated them 34-24 in week one, but since then the Saints have fallen to the Las Vegas Raiders and Green Bay Packers.

New Orleans have the fire power with Drew Brees and Alvin Kamara, and will hopefully kick back in to form when Michael Thomas returns from injury this weekend, their star wide receiver this weekend who led the league in receiving yards last season.

By far the most entertaining and most attacking team in the NFC south and in the NFC as they have scored a whopping 122 points as they are 3-0, knocking off the Vikings, Lions and the Saints in the process.

The Packers seem to have the recipe to be one of the most feared attacking teams in the NFL so far as they have the support acts to go with Aaron Rodgers who has made 887 passing yards (sixth in the NFL) and add to that the rushing yards of Aaron Jones with 303 (second in the NFL) then that is one mighty team to concor.

The best part of the Packers throughout the first three games, is two of their wins were on the road, including at the New Orleans Superdome. If they can continue this up, they will be a force to be reckoned with come playoffs.

The Dallas Cowboys haven’t exactly hit the ground running yet or even taken the NFL by storm but there is still plenty of time for the Cowboys to make a charge or even make a statement win, as they currently sit in second spot in the NFC East with one win.

That sole win came against the Atlanta Falcons in week two, as the Cowboys pulled off a miraculous comeback to just get over the line by a point. Despite losing two games it is not all doom and gloom for America’s Team as they put up a fight against two really good football teams in the Los Angeles Rams, going down by three points, and the Seattle Seahawks, where they showed the offensive firepower to match with the leagues best.

The good news is that the Cowboys are the highest scoring team in their division with 88 points and this is due because of the influential quarterback Dak Prescott who is ranked number one in the NFL for passing yards with 1,188.

They also have a pretty solid foundation on defense as Jaylon Smith is ranked fourth in the NFL for tackles with 32 and defensive end Aldon Smith is the number one ranked player for sacks with 4.0.

*All odds are correct at time of publication.

If you want to learn more about the next NFL games today, we have all the information you need on our NFL hub page, make sure you check it out today!