At least one team every year in the NFL seems to come from nowhere to become one of the best teams in football.

Last year, the Chicago Bears became the ninth team in 10 seasons to go from ‘worst to first’; winning their division the season directly after finishing the year in last place.

What that stat says more than anything is that it’s far from uncommon for a franchise to go from also-ran to genuine Superbowl contender.

With that in mind, it’s always a worthwhile exercise to look down the list of struggling teams from 2018-19 to try and take an educated guess at who might be the biggest ‘sleepers’ going in to the 2019-20 season. 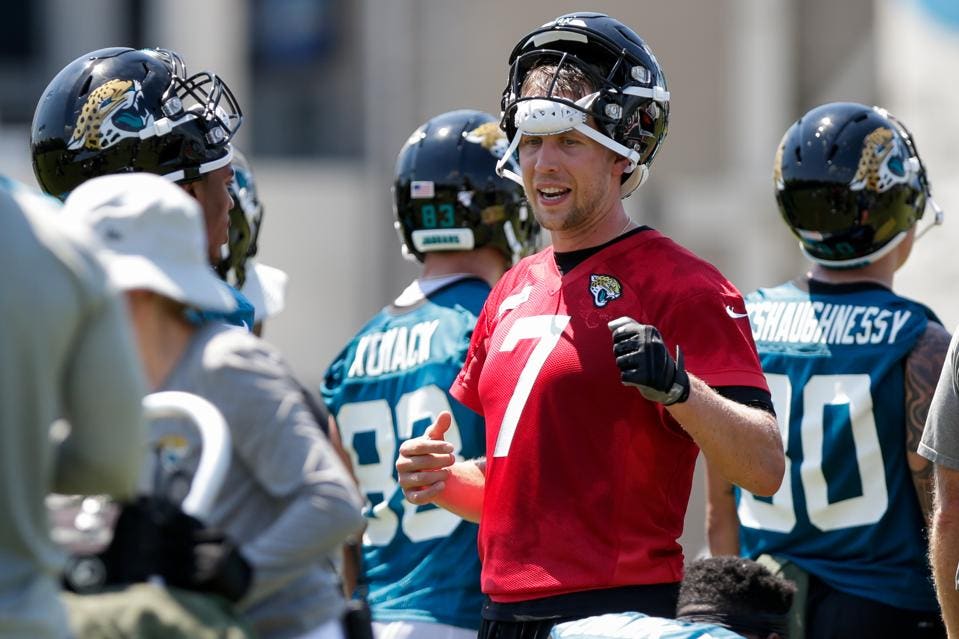 This one is a genuine no-brainer. To be honest it’s looking so obvious it’s hard to even categorise as a sleeper, but we’ll go with it anyway. In our estimation it’s fair enough, given the Jags finished in last place in the AFC South last season after an abysmal 5-11 season which ended the Blake Bortles era.

The thing is, though, the AFC South is turning in to a supremely competitive division. The Colts, Texans and Titans are all playoff contenders and a 5-11 record is (weirdly) a lot better than it sounds.

The Jags are also just one season removed from an AFC title game appearance, and have undeniably improved over this offseason despite the disheartening news recently that linebacker Telvin Smith would be stepping away from the game for the foreseeable future.

Moving on from the error-prone Bortles in the back end of last year has paid immediate dividends, with the Jags signing Superbowl MVP Nick Foles in free agency. They also made a couple of shrewd draft choices by bringing Josh Allen and Jawaan Taylor in the early rounds.

They’ve lost almost nothing defensively from the watertight team that arguably should’ve made the Superbowl in 2017-18, and with Foles under centre they’re undeniably a better offensive outfit overall.

The Colts and Texans are being lauded as the heir apparents to the AFC South, but the 2019 playoffs showed that both those sides have a way to go. We like a team that’s already proven itself in big games, and will back the Jags to return to their 2017-18 glory.

There’s a lot to like about the Bucs going in to next season.

New head coach Bruce Arians has a proven record of success, has brought an entire coaching staff to join him in Tampa, and inherits a roster which is talented enough to do some damage in a stacked NFC South.

QB Jameis Winston is going in to a season in which he simply has to show his true potential after a career riddled with on (and off) field mistakes, and he has all the physical tools to do so, as well as a potential All-Pro wide receiver in Mike Evans.

Arians is the perfect match for Winston, having played a role in the brilliant careers of guys like Peyton Manning, Ben Roethlisberger, and Palmer. The Bucs also made some shrewd draft picks, bringing in highly-rated linebacker Devin White with the 5th overall pick, as well as some other defensive draftees in Sean Bunting, Jamel Dean, and Mike Edwards to shore up their much-maligned defense.

The other factor playing in Tampa’s favour is that fellow NFC South teams the Arizona Cardinals and Carolina Panthers are tipped to fall off the pace, leaving that division wide open behind the New Orleans Saints.

Can the Bucs go deep? We wouldn’t rule them out. 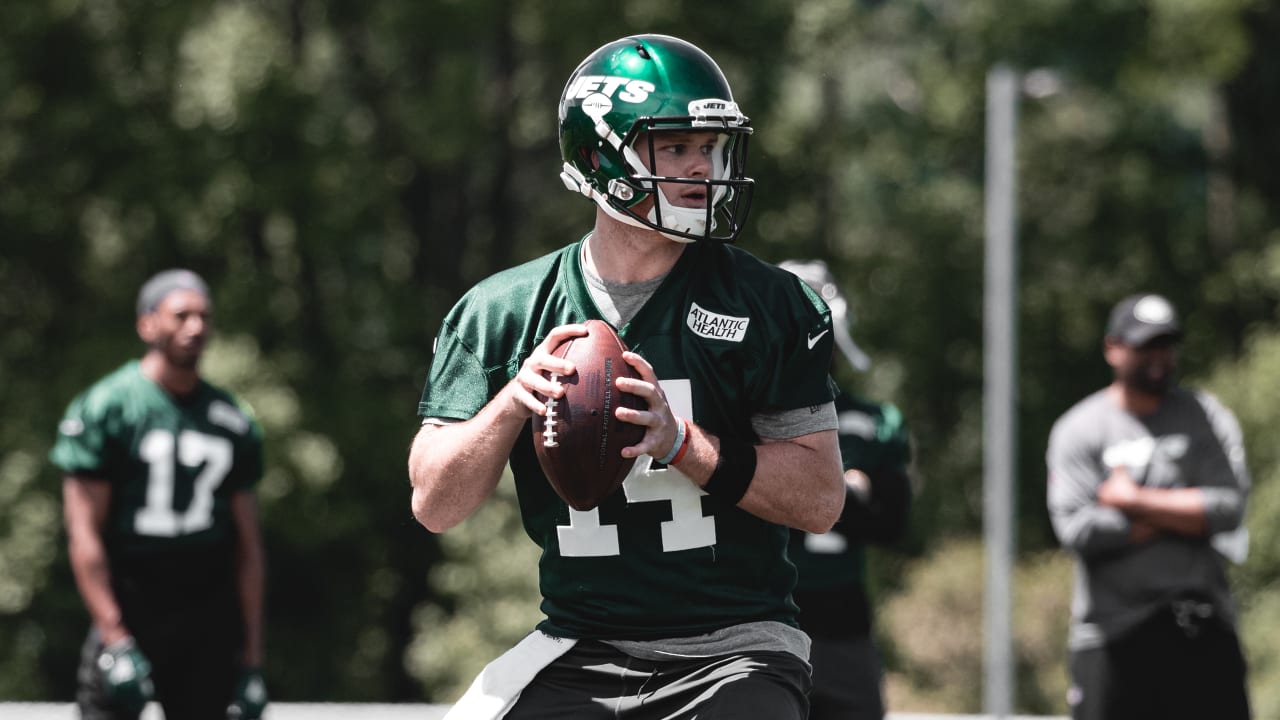 Okay, okay, we know it’s the Jets. We know they won 4 games last year and finished dead last in a mediocre AFC East. Just bear with us.

Sam Darnold is a far better QB than what he showed in 2018 – he was pick number 3 in the draft for a reason, even if part of that reason is that New York were mired in a quarterback-less rut and needed somebody (anybody) under centre.

Darnold will be aided immensely in his sophomore year by a much-improved offensive line and the addition of offensively-minded Adam Gase as Head coach/Interim general manager, while C.J. Mosely, Jamal Adams and rookie Quinnen Williams were fantastic offseason additions on the other side of the ball. It now officially looks like New York have one of the better run-stopping defenses in the NFL.

All of this is without even mentioning their biggest offseason move of all – attracting Le’Veon Bell to the Big Apple. Bell should take an enormous amount of pressure (both onfield and off) away from Darnold, whilst also (hopefully) returning to the form that made him one of the most sought-after running backs in football.

As far as the rest of the division – the Pats are the Pats – they’re going to make the playoffs again by hook or by crook. Apart from Bellichik and Brady, though, the AFC East is wide open. Miami are officially in rebuild mode, and who the heck knows what’s going to happen in Buffalo. If the Jets can win 4 games against the Dolphins and Bills (which is a distinct possibility), their season is officially wide open and playoffs are there for the taking. 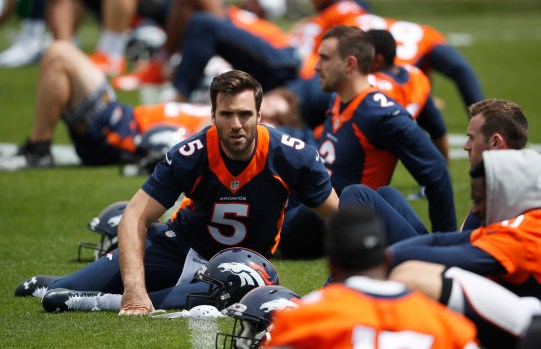 The most interesting part about the Broncos’ offseason is that signing Joe Flacco to play quarterback feels exactly like a move that a team that thinks it’s a sleeper would make.

The buzz around new head coach Vic Fangio, with his 19 years’ worth of defensive coordinator experience, is that he is an enormous upgrade over former head coach Vance Joseph. The Broncos were also somehow able to convince the runner-up for the head coaching gig – Mike Munchak – to join the staff as an offensive line coach. That’s two huge additions to the coaching staff.

And, while Flacco certainly isn’t the player he once was (or at least, that we thought he was), he’s a 150,000% upgrade at the position from Case Keenum, and has a proven ability on the biggest stages the NFL has to offer. In 9 starts for the Ravens last year (before succumbing to a hip injury), Flacco threw for 2,465 passing yards and 12 touchdowns, while only throwing the 6 interceptions. Certainly not mindblowingly good stats, but good enough to show he’s still got NFL-calibre football left in him.

While their defense is nowhere near the Superbowl-winning outfit of yesteryear, Von Miller is undoubtedly still one of the best defensive players in football. Over the offseason Denver were also able to sign two quality corners in Kareem Jackson and Bryce Callahan, whilst managing to snare arguably the biggest prize in the right-tackle market – Ja’Wuan James.

These are all moves that scream that John Elway and the Broncos’ front office still believe they’re in the hunt for a playoff run despite a terrible 6-10 year last year, and we’re certainly open to the possibility.