Just eight teams remain on the quest for Super Bowl LV and our Super Bowl MVP Power Rankings have the 10 most likely players to shine on the grandest stage. 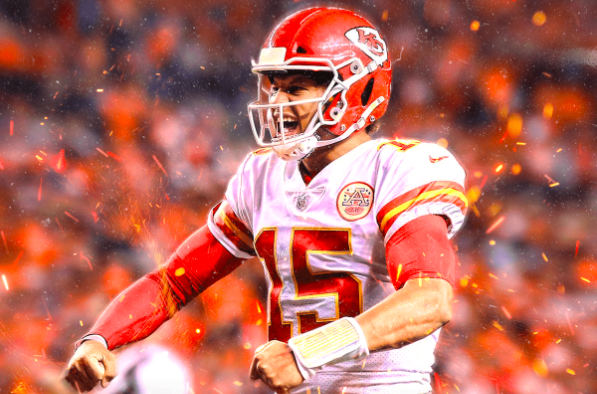 We are done with the Wild Card round and the Super Bowl MVP Power Rankings are heating up. Only 8 teams remain and we have changes all over the rankings.

Each team has at least one representative, but the rankings are not only based on individual performance, they are based on team performance and likelihood to reach the first Sunday of February, what you do in order to win the prestigious award. Check out our updated Super Bowl MVP Power Rankings below.

The wildcard round results are in and when many thought that Rodgers would have to face the Tampa Bay Buccaneers’ defense that caused him to have his worst game of the season, the Rams upset the Seahawks and will travel to Lambeau Field instead.

While the Los Angeles Rams had the best defense across the league during the regular season, Rodgers has the mental demons of his week six matchup against the Bucs where he had just 160 passing yards, threw no touchdowns and two picks, and was sacked four times.

He would much rather play a Rams defense whose captain and best player, Aaron Donald, will be well under 100% with torn rib cartilage and oppose a quarterback whose coaching staff doesn’t even want him to play.

Patrick Mahomes is one of the biggest winners from the Wild Card weekend and he didn’t even play. Instead of having to play against the Baltimore Ravens and their tenacious defense, Mahomes will instead play against the Cleveland Browns.

Many around the Chiefs’ camp were quietly worried about the Ravens, but they won’t have to worry about them for another week, potentially, instead having to go through the Browns.

Cleveland’s defense shouldn’t be taken lightly after intercepting Ben Roethlisberger four times and recovering a fumble for a touchdown on Sunday night, but they also let the Steelers’ quarterback throw 501 yards and four touchdowns on the night.

The Chiefs have one of the easiest paths to the Conference Championship round and Mahomes still the driving force behind that.

Get your popcorn ready. 🍿@TomBrady | @drewbrees

This is where these Power Rankings begin to get technical. Is Drew Brees the third best player left in the postseason? No. Is his team more likely to make the Super Bowl than the teams of the five players below? Yes. That is why he has moved up to three on the Super Bowl MVP Power Rankings.

The New Orleans Saints offense didn’t look like its usual self on Sunday. They scored less, got less yards per rush and less yards per play than the regular season. The 21 points they scored tied for their lowest of the season and was the least with Brees in the lineup.

With that being said, Brees completed over 71% of his passes for 265 yards, two touchdowns and no picks against a tough defense that they had already faced earlier in the year. New Orleans had 146 more total yards, converted on third downs at 64% (highest of the weekend, 11% more than second) and had nearly 18 more minutes of time of possession.

Josh Allen could potentially be the most ‘valuable’ player to his team in the league. Allen became the first player in NFL history to throw for 300+ yards at a completion percentage of 70% or higher whilst also rushing for 50+ yards in the postseason.

He finished the game throwing 74.3% for 324 yards, two touchdowns and no picks while running for 54 yards and another touchdown. His 54 rushing yards were more than the Bills’ two running backs combined, accounting for over 56% of the total rushing yards Buffalo had on Saturday.

Only in Buffalo. 😍#GoBills | #BillsMafia pic.twitter.com/IfT8Nzs9y1

The Bills clearly have their flaws but Allen is that good of a player that Buffalo has made it this far. They will only go as far as Allen takes them, but they have the toughest game of the four home teams this weekend.

Allen’s opposing quarterback on Saturday night, Lamar Jackson, slots in at number five and is the highest player of the remaining Wild Card teams.

Jackson finally got the monkey off his back with his first career playoff win and it was extra sweet against Tennessee as well. He completed over 70% of his passes on his way to 179 passing yards, 136 rushing yards and a rushing touchdown.

He had just one bad throw for the entire game, which was picked off, but Jackson made history becoming the fourth youngest quarterback in NFL history to complete a double digit comeback in the playoffs.

The 48-yard touchdown run to tie the game in the second quarter was the defining moment of the game and Jackson has now won 81% of his games as starter, and with the Browns’ upsetting Pittsburgh, he now plays Buffalo instead of Kansas City, who he is 0-3 against in his career.

Tom Brady has completely turned the Tampa Bay Buccaneers around since their bye and they have made it to the divisional round and have revenge on their mind.

Since their week 13 bye, Tampa Bay has gone 5-0 with Brady leading the league in touchdown passes over that stretch. While many thought that the Bucs were failing in the early parts of the season and were worried about how they looked, Tom was with a new team and a new coach with no preseason due to COVID-19, and he has come alive when it matters most.

Brady threw for 381 yards and two touchdowns, on the road, against an A+ defense. He now comes up against an even better defense and a team that has already beaten him twice this year, both times by double figures and most recently 38-3. This man has been through it all and a win this Sunday night would be what he wants most.

While the Cleveland Browns’ defense might have been the MVP of Sunday night’s performance, Baker Mayfield had an exceptional game controlling the ball and making plays when he needed to.

Mayfield threw for 263 yards, three touchdowns and no picks in the 48-37 win and did it all without being able to practice during the week, missing some of his offensive players and his head coach all due to COVID-19.

Baker has thrown just one interception in his last 10 games, while having the perfect combination of run and pass play to keep defenses guessing and the chains moving. The Browns played with nothing to lose in their first playoff win since 1994, whilst also breaking a 17 game losing streak in Pittsburgh, and they can enter this weekend with the same mentality against the Kansas City Chiefs.

Aaron Donald is the leader of the best defense in the league, that flexed its might against the Seattle Seahawks on Saturday afternoon.

The Rams sacked Russell Wilson five times and made him look very ordinary, only completing 41% of his passes, throwing just 174 yards as well as a pick-six. None of that would have been possible without Donald who had two of the sacks and has to be double and triple teamed by offensive lines, opening up opportunities for his teammates to thrive.

The biggest question during the week is what percentage will Donald be at for Saturday afternoon’s clash with Green Bay and Aaron Rodgers. Donald suffered torn rib cartilage during the win and didn’t play most of the second half. While he avoided any broken ribs, this is still a very painful injury and he is expected to play through the pain this weekend.

The best wide receiver in the game right now got a week off to prepare for a scary matchup with the best cornerback in the game, Jalen Ramsey.

Davante Adams led the league in receiving touchdowns despite missing two games and also led the league in yards per game. His mixture of route running, footwork, speed and body control makes it impossible for defenses to slow him down.

In Ramsey’s first matchup with DK Metcalf this season, who is Seattle’s number one receiver who averaged over 80 yards per game, he defended him on 69% of his routes and kept him to one reception on four targets for 11 yards.

Adams proved himself to be the best receiver in the game and with Rodgers passing him the ball, he will be able to have his moments, but we are excited to see how this matchup pans out.

The best tight end in the NFL and the leading receiver on the Super Bowl favorites, Travis Kelce finds himself on the MVP Power Rankings for the first time all season.

What makes Kelce a Super Bowl MVP candidate is that when things get tough for Mahomes and the Chiefs, Kelce is always the first option. This was highlighted by the big man topping the entire league for receiving first downs.

*Odds correct at time of writing, courtesy of DraftKings.