Some players responded after a poor performances, while others impressed! Find out who is in this weeks NFL MVP Power Rankings. 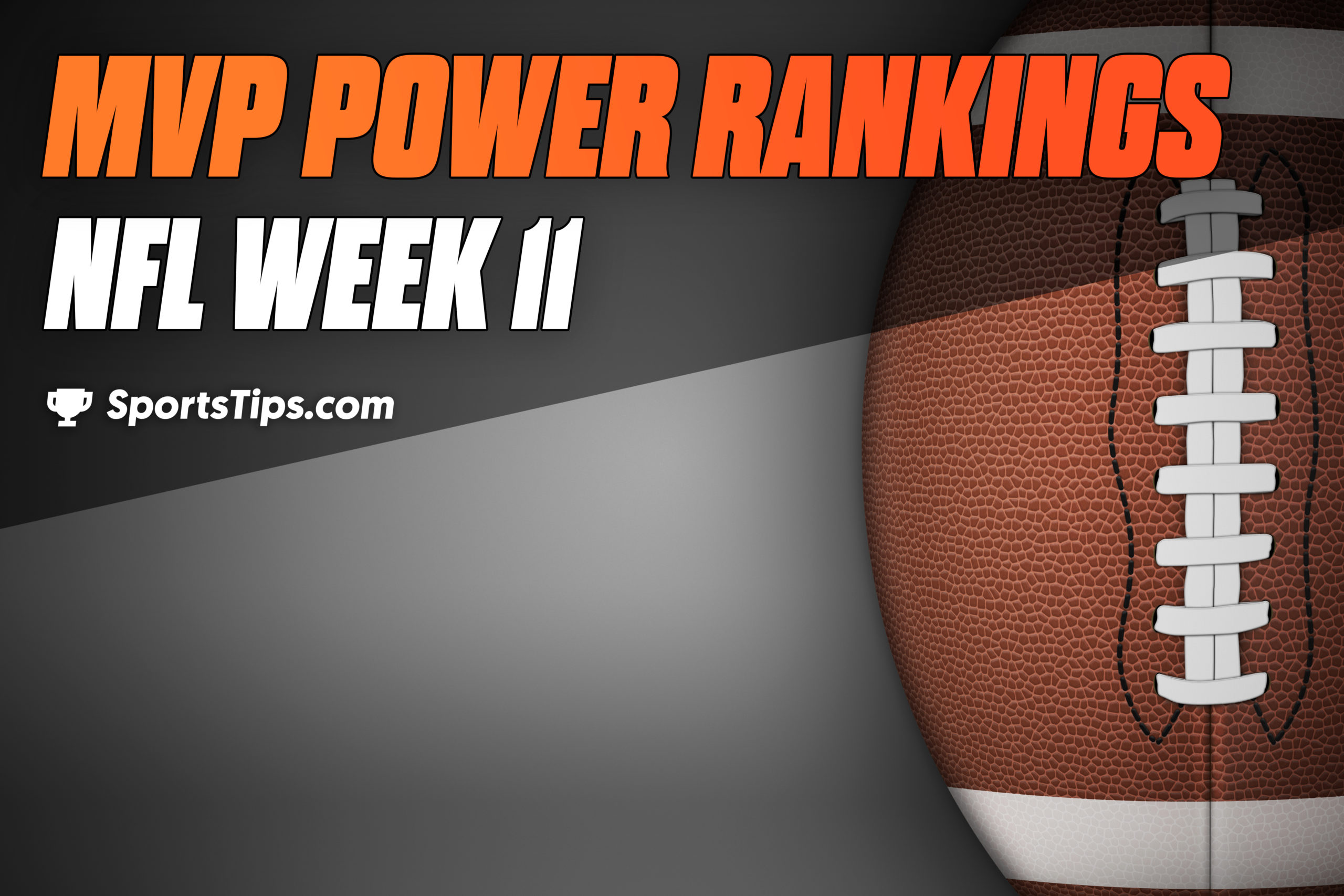 Week 10 of the NFL saw champions revive themselves, while other frontrunners hit a bit of a stumbling block, in this week’s SportsTips’ NFL MVP Power Rankings.

While the Kansas City Cheifs and Patrick Mahomes had the bye in week 10, he is still leading the MVP race as he is valued at +180.

With Mahomes not playing in week 10 it gives us a reason to look at his stats as he is still the favorite in the MVP market as well as still being the number one ranked player in the SportsTips’ MVP Power Rankings.

So far this year he has only thrown one interception in all the games he has played in and has thrown 25 touchdown passes, placing him third on the list in terms of most touchdown passes.

Tom Brady was back to his best in his showing against the Carolina Panthers, after a dismal performance last week. He seemed to have his mojo back, sometimes offering the dummy pass before throwing the football. He also seemed like he had all the time in the world to make a choice on where to throw it.

To give you another clue that he got his mojo back, he threw three touchdown passes and even rushed a touchdown himself as the Tampa Bay Buccaneers responded with a 46-23 win over the Carolina Panthers, which also explains why he dropped down in his value to +2500 (he was +3000 last week) in the MVP market.

“I ain’t never seen two bad Tom Brady games in a row. Always one of them gotta be good.” pic.twitter.com/hDmKZGCAhL

His passing game wasn’t just on show but his running game too, even though he got sacked three times he was still impressive as he found room to wriggle away and run with the ball to get a pass away.

Murray whose value is now +700 (fourth favorite) in the MVP market, rushed 61 yards, which included rushing two touchdowns of his own, just shows how versatile he can be when he is on song. He threw 245 yards with one touchdown pass but that was arguably the most memorable moment and will be played in years to come.

The Cardinals were four points down with nine seconds left of the clock until he threw a 50-yard Hail Mary to the end zone, as DeAndre Hopkins caught the ball right before the final whistle, the Cardinals clinched a two-point win over the Buffalo Bills.

The Steelers continue their unbeaten streak with a win over the Cinnaniti Bengals and Roethlisberger had another game to remember as he seemed to have all the time in the world. He also showed great vision when he had the ball, most notably in congested areas as he even got a touchdown pass away in the second quarter.

He threw three more touchdown passes, as he ended the match with four to his name. He went at a completion percentage of 58.7% (his lowest of the season)  however, it didn’t seem like that at all as he always managed to find someone on the end of his passes even in congested areas. His performance also saw his value drop to +2500 from last week in the NFL MVP market.

Ben Roethlisberger will not go down until he’s throwing touchdowns.@TeamJuJu snags this one. (Via @NFL) pic.twitter.com/OWYqqYN6IZ

Rodgers put on all time classic quarterback show as it seemed everything he touched turned to gold as he completed 24 passes from 34 attempts and threw 325 yards. One of which included him throwing a 78-yard touchdown pass to wide receiver Marquez Valdes-Scantling. With that in mind, it is no wonder why he is the third favorite with +300 value to win the MVP.

While he only threw two touchdown passes (one of which was mentioned previously), he did score one of his own when he rushed a touchdown in  the Green Bay Packers’ 24-20 win over the Jacksonville Jaguars, he also ended the game with a passer rating of 108.1.

Aaron Rodgers with the 78-yard DIME for the TD 😯

The running back was again pivotal, this time in the Vikings come from behind win over the Chicago Bears, as he showed his pace to gain yards and help spur the Vikings to claim their fourth win of the season.

The running back who is valued at +3000 in the MVP market, rushed 96 yards from 30 attempts and came to life in the second half of Monday Night Football as he got plenty of the ball and helped with yardage.

The game started off slow for Jackson who didn’t have an impact early on in the game as he was largely outshined by Patriots quarterback Cam Newton. However, as the game wore on he started playing well, and in wet conditions nonetheless.

With the rain getting heavier and heavier in the second half of their clash with the New England Patriots, Jackson seemed unfazed and it didn’t seem to bother the player who is valued at +600 in the MVP market as he used his rushing game in the wet.

Allen had an okay game this week in his side’s narrow two-point loss to the Cardinals (thanks to a Hail Mary pass from Kyler Murray) but he was no way near the level he played last week.

Allen has also slipped down in the MVP market to +2500, but he still contributed to the team as he threw 284 yards and two touchdown passes. His completion rate was down from last week too as he went at a completion rate of 65.3 %, however, he did link up well with Isaiah McKenzie as he passed it back to Allen and he scored a touchdown in the first quarter.

Is there anything Josh Allen can’t do? 🤯

While he didn’t have the performance quite like last week, he was still pivotal in his side’s win despite not playing the second half as he suffered a rib fracture and a collapsed lung.

Even with the performance after last week’s blockbuster showing against Tom Brady his value rose up to +6000, however, he still put on a good performance. He linked up with running back Alvin Kamara, multiple times as the duo combined well together, while Brees threw 76 yards, he did have an impact on the scoreboard as he threw one touchdown pass.

.@drewbrees has his “top medical” team looking after him after suffering a collapsed lung and broken ribs 🥰 pic.twitter.com/ur5vMenjnG

Wilson is facing a bit of a form slump in recent weeks and his match against the Los Angeles Chargers was another example of the player having the yips, as he has also slid down to become the second favorite to win the MVP as his value is now at +225.

Wilson started the game composed and calm as he had an eye for a pass and in his first two passes, he completed them, however, as the game wore the yips were noticeable as he got intercepted twice, sacked six times, and to make matters worse he left the game with no touchdowns to his name.