Ranking the Top 10 NFL RBs Heading Into the 2020 Season

What better time to get our preseason rankings sorted than right now! We'll continue this weekly series by taking a look at the competition's wrecking balls; the running backs. 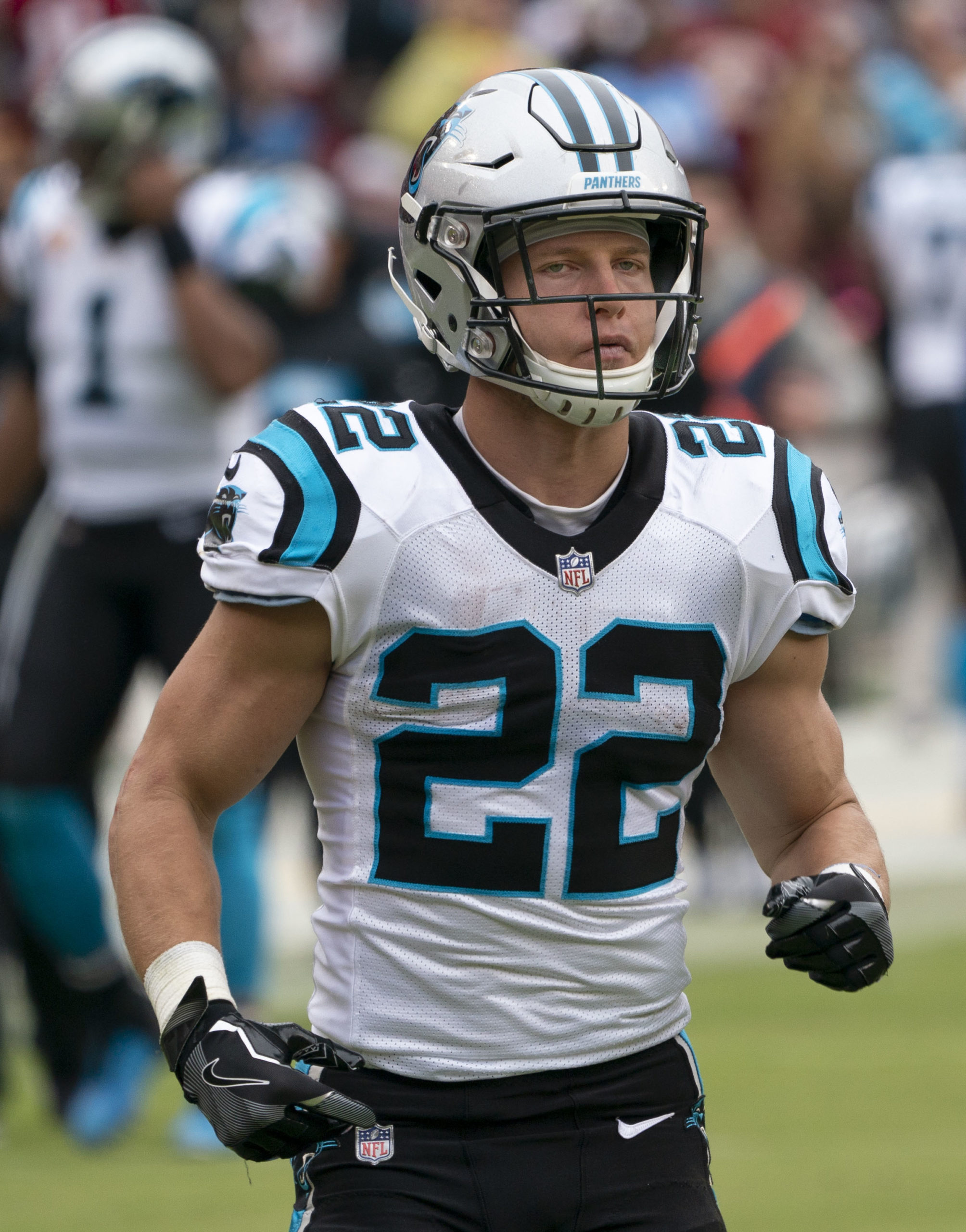 Despite all the uncertainty around the resumption of professional sport in the United States, the NFL has remained steadfast in its commitment to getting started on time. That means that, as of today, there are less than 90 days remaining before football is set to return to gridirons around the country.

McCaffrey’s 2019 season will go down in the history books as one of the greatest ever by a running back, and that’s more than enough for us to consider him the best ball-carrier in football right now.

McCaffrey finished 2019 with the third-highest single-season scrimmage yards total of all time. His yards were evenly-spread between rushing and receiving, with McCaffrey’s elite vision and feel for the game enabling him to find holes where others simply cannot.

What makes McCaffrey’s resume so impressive is that he as the ability to adapt to any offense; indeed, any play at any time. Covering him with a linebacker just doesn’t cut it. Until further notice, the Panthers’ star has to be considered the best back in football.

No running back in the league terrifies opposing defenses quite like the rampaging, rumbling Derrick Henry, whose 247-pound, 6-3 frame and oustanding speed make him an absolute nightmare for defenders.

From Week 17 to the AFC Championship Game, Henry averaged 164.25 rushing yards per game, more than one touchdown and five broken tackles; that’s absurd in anyone’s language.

The only weakness in Henry’s game is his lack of value in the passing game. He had only 18 receptions last year and is mediocre – at best – when blocking the pass. He also had five fumbles, which is something to work on. Otherwise it’s hard to find any flaws.

Elliott may have finished 183 yards behind the league leader in rushing last season (Henry), but there’s an argument to be made that he’s still the more valuable of the two backs.

Elliott finished fourth in run success rate (56%) out of all RBs with at least 100 carries and led the league in first-down runs, with 77. While Henry struggles in the passing game, Elliott is extremely effective as a check-down option and can also cause some issues for defenses on screens or wheel routes.

Down the stretch, the Cowboys’ star was breaking more than 4.5 tackles per game over the last 10 weeks of the season, which is – needless to say – in the upper echelon of all NFL backs.

While Barkley’s 2019 campaign was cruelled by a persistent ankle injury, there’s no doubt that his rookie campaign in 2018 proved he belongs in any conversation about the NFL’s top backs.

The Giants’ franchise star injured his ankle in Week 3, and consequently battled his way to an average of just 61 rushing yards per game over the first 14 weeks of the season. However, when healthy over the last fortnight he provided a handy reminder of what he can do; 131 yards per game and 6.2 yards per carry a pretty fair indication that Barkley is more than capable of tearing up opposing defenses.

Barkley’s creativity, athleticism and versatility in all areas of the game are going to make him a mainstay in the league for many years to come.

The Browns were an immense disappointment in 2019, but Nick Chubb can take no blame for their struggles. The sophomore star finished second in the league in broken tackles with 66, and continued to build on the explosiveness and vision that made him such an attractive prospect as a rookie.

Cleveland’s O-line was a disaster all season, which makes Chubb’s success all the more impressive. Despite that porous front, he finished third in the league in yards after contact, racking up an average of nearly 4 per attempt.

The Browns are a popular playoff pick for 2020, and a huge part of that hope is the prospect of seeing Chubb surrounded by a decent team. He is talented enough to take Cleveland to the promised land.

Cook played more than 12 games in a season for the first time in his young career, and was finally able to show why the Vikings rate him so highly.

His first seven weeks were outstanding; 5 out of 7 games with more than 100 yards and an average of more than 5 yards per carry. Cook’s 13 touchdowns were – remarkably – 11 more than his previous career high, while 519 receiving yards is more than enough evidence of his status as a threat both through the air and the ground.

If Cook can put together a full 16-game season there’s every chance he can make a legitimate claim to be the NFL’s most dynamic back.

Kamara was – like Barkley – severely hampered by an ankle injury in 2019, but that still didn’t stop him putting up some gaudy numbers on a quality New Orleans outfit.

Elusive ball-carriers with eye-popping agility aren’t uncommon in the NFL, but Kamara has a legitimate claim to being the most spectacular of the lot. His ability to bounce off contact and avoid putting a knee on the ground is breathtaking, while his elusiveness in all areas of the field is unparalleled.

81 receptions was the third most for all running backs, and Kamara is just as deadly through the air as he is on the ground.

After years of underappreciation from fans outside of Green Bay, Jones finally burst on to the national scene with a huge 2019 campaign.

He finished tied for most in the league with 19 total touchdowns, while his 1,558 yards from scrimmage were right in the league’s upper echelon.

Jones’ vision and his ability to find seams where others can’t are his major strengths, and under Matt LaFleur’s new offense his role is only set to expand even further.

After starting the 2019 season as arguably the best back in the game, 2019 was a fall from grace for Gurley.

A lingering knee issue has dampened his explosiveness and his speed is also well down from the Rams’ Super Bowl run. However, at just 25-years-old there’s still plenty of time for Gurley to recover his previous form. It’s also worth noting that 14 total TDs in 2019 is far from an awful return for the worst season of Gurley’s young career.

Now in Atlanta, it’s time for Gurley to repay the faith the Falcons have placed in him.

Jacobs was a revelation in Oakland in his rookie season, leading the entire league in broken tackles – remarkably, 3.48 of his 4.8 average yards per carry came after contact.

Jacobs runs with classic smoothness, while his power and elusiveness are going to hold him in great stead as he continues to mature at the NFL level.

Advanced stats love him too; per PFF he gave up zero pressures whilst in pass protection; needless to say, that’s elite.

We can’t wait to see how Jacobs’ sophomore season progresses.