After what has felt like an interminably long offseason, NFL pre-season games finally begin tomorrow, with the season proper to kick-off in the first week of September. 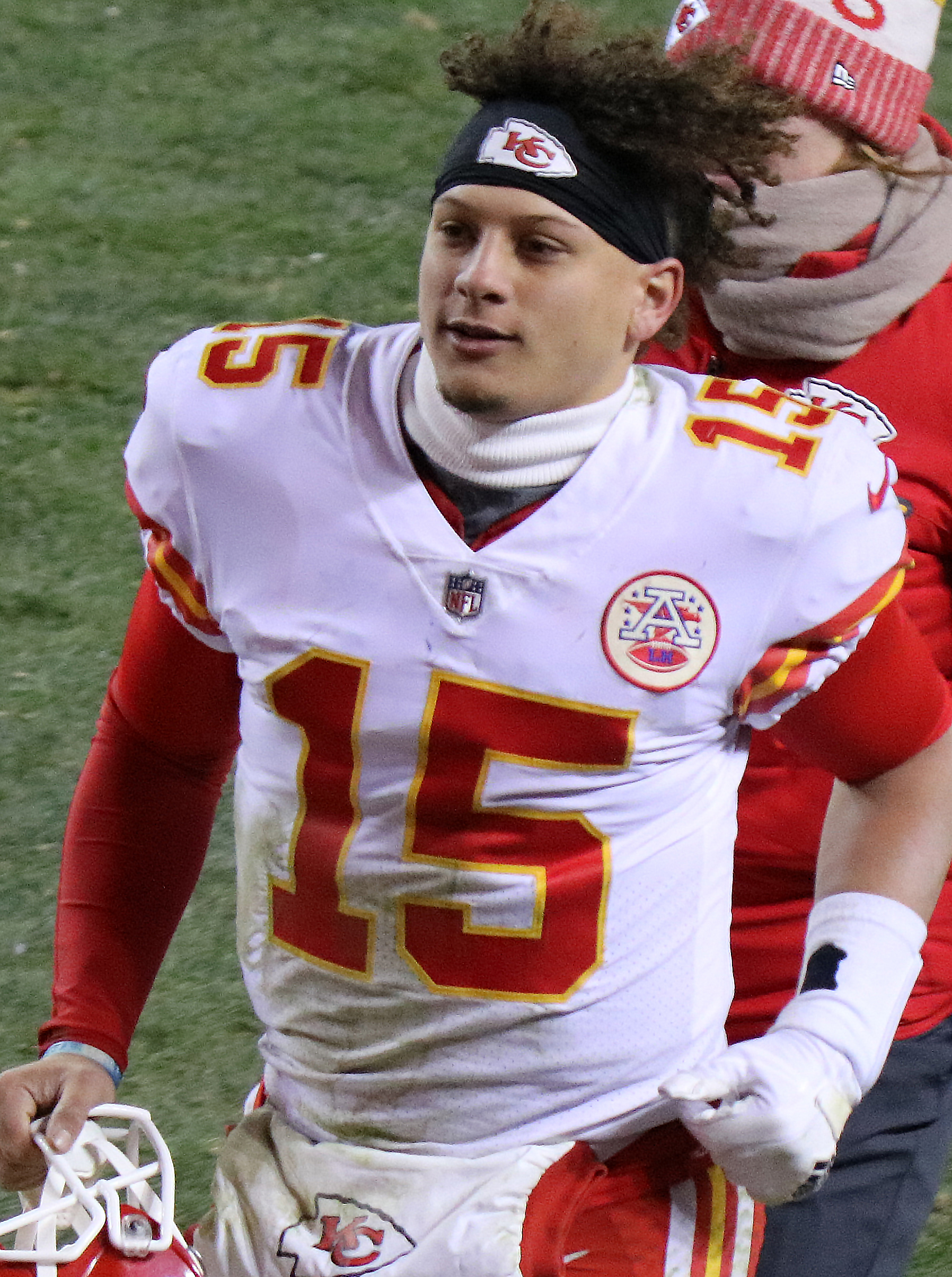 We continue our weekly series with the top 10 quarterbacks.

Please note – this top 10 is purely based on the performance of the QB during their 2018 campaigns, with some consideration also given to how they might perform in the upcoming NFL season. We are NOT (repeat NOT) taking in to account overall career, rings, MVPs etc. These are purely current power rankings.

It has to be Mahomes at the top of the list; he is the reigning MVP after-all. The sophomore exploded on to the NFL scene last year, leading the league with 50 touchdowns whilst finishing second in passing yards (5,097) and overall QB rating (113.8).

More importantly, he led the Chiefs to within a whisker of the Super Bowl, despite a historically bad performance on defense. Kansas City finished as the second-worst defensive team in the league.

Despite the loss of Kareem Hunt on offense, the addition of Tyrann Mathieu and Frank Clark on the other side of the ball should mean some of the pressure to score is taken of Mahomes’ shoulders. His numbers may not be so good in 2019, but the 23-year-old’s overall play is likely to only get better.

After a dismal last couple of years – anchored down by his own and his team’s injury worries – Aaron Rodgers is poised to bounce back in a big way.

Last season Rodgers had the lowest 16-game, single-season touchdown total of his career (25). He still threw for over 4,400 yards and just 2 interceptions, though, which is a pretty fair indication that his vaunted arm-strength is still as present as ever.

Under a new, offensively-minded head coach in Matt LaFleur expect fireworks right from the get-go in Green Bay. They need to find a way to maximise the 35-year old Rodgers’ talents while he’s still close to prime, and this is the season to do it.

The New Orleans hero will be 41 years old by the end of this season, but is showing no signs of slowing down.

Take this, for example: for the first 11 weeks of last year Brees completed 76 percent of his throws with 3,135 yards, 29 touchdowns and only two interceptions. If it wasn’t for a (relative) late-season slump he may well have edged Mahomes for the MVP, and the less said about the Saints’ post-season controversy the better.

Thank to a decent system finally being built around him the pressure is no longer on Brees to throw for 5,000+ yards, which means he can afford to dink and dive and take as few risks as possible. We wouldn’t be surprised to see a season with 35+ touchdowns and almost no interceptions.

At times last year the 41-year-old ageless wonder did start to show signs of depreciation, which is the only reason he slips to four on this list.

Brady still threw for 4,355 yards, 29 touchdowns and 11 interception in 2018, which in a vacuum are fantastic numbers. In the postseason though he threw more interceptions (3) than touchdowns (2), and surely at some stage – particularly in the post-Gronkowski world – his play has to drop off. Right?

Now that we’ve said that he’ll probably win another Super Bowl and another MVP.

It’s been an injury-riddled, frustrating couple of years for Luck (who’s been sh!t out of it), but last year he reminded the world what he was capable of.

The Colts’ QB threw for the second-most passing touchdowns in the league (39), and the fifth-most passing yards (4,593). If it wasn’t for the ridiculous play of Mahomes, Brees and Rivers he would’ve been an outside chance at the MVP award, but instead deservedly won both 2018 PFWA and AP Comeback Player of the Year.

With a team that is ever-improving around him (particularly on the offensive line), his health continuing to mend and his experience in the NFL growing, the sky is the limit for both Luck and Indy in 2019.

Fresh off a ginormous contract signing, Wilson has to prove to the Seahawks (and everyone else) he’s worth the investment.

All indications are that he will, but it’s not going to be easy. Losing Doug Baldwin from the receiving corps is a big blow, as is the fact that Seattle’s defense continues to tumble downwards from the Legion of Boom days. It also doesn’t help that the run game continues to be essentially non-existent in the post-Marshawn Lynch era.

The fate of the Seahawks almost entirely depends on Wilson, and if his 2,140 yards, and 22 touchdowns through the air in the final 10 games of last season (in which Seattle went 7-3) are anything to go by, he’s more than up for the challenge.

From here-on out it gets highly subjective, but we love what Rivers has done in L.A. and think he deserves to lead the “best of the rest”.

The soon-to-be 38 year-old was neck-deep in the frame for MVP prior to the final month of the season (to which point he’d thrown 28 touchdowns to just six interceptions), and led the Chargers to a formidable 12-4 record. His two seasons under head coach Anthony Lynn in L.A. have spurned 8,823 yards, 60 touchdowns and 22 interceptions, and going in to 2019 the Chargers are as good a chance as any to be lifting the Lombardi Trophy at season’s end.

After a downturn in 2017 (clearly still affected by the Falcons’ Super Bowl debacle), Ryan returned to his MVP form with 4,924 yards, 35 touchdowns and just seven interceptions while completing 69.4% of his passing attempts.

Both he and his supporting cast are likely to be much healthier this season, which always bodes well for their chances of success. Devonta Freeman, Deion Jones & Keanu Neal are all likely to be ready to go to start the year, which will help Ryan and the Falcons no end.

Despite a relatively down year for the Steelers last season (9-6-1) Roethlisberger still led the league with over 5,129 passing yards, whilst also tossing a career-high 34 touchdowns.

“Why isn’t he higher on the list then?!” we hear you exclaim. Simple – the losses of Antonio Brown and Le’Veon Bell have left an enormous hole in this roster; a hole too big for even the talent of JuJu Smith-Schuster to fill.

At 37 years old Big Ben’s physical decline has been noticeable in recent years, and he clearly doesn’t have much longer left in the league. In fact this may end up being his final season. Does he have enough left for one final playoff push? Frankly, we don’t think so.

Throw a blanket over about 5 QBs for this number 10 spot, because it is tight as anything from here on out.

Watson gets the nod ahead of the honourable mentions below as more of a tip of the hat to his potential than anything else. Behind an utterly horrendous offensive line last season he went for 4,165 yards, 31 total touchdowns and just the nine interceptions. That’s seriously impressive production for a sophomore coming off a torn ACL. Almost solely thanks to Watson, Houston won 9 straight regular season games to close out last season, before falling to the Colts in the playoff.

The Texans have finally made a few investments in their offensive line; they regain Matt Kalil from injury, but also took OLs in the first two rounds of the draft. Watson is only poised to get better as he gains experience and confidence in his knee, and with decent protection around him that improvement might be exponential.

Incredible rookie campaign, and the addition of Odell Beckham Jnr to the Browns’ roster is something that will have him salivating. Serious chance to vault firmly in to this top 10 by the end of the year.

Incredibly unlucky to miss out given he played in a Super Bowl last year, but we await to see what he’s like with the reduced influence of Todd Gurley. If the playoffs are anything to go by, the signs aren’t all that promising.

Like Mayfield we wouldn’t be surprised to see the almost-2017-MVP high in these rankings by the end of the year, but currently impossible to predict thanks to the incessant injuries. Needs to find a way to stay healthy.

A shoulder issue and consequent slump in form resulted in the Panthers missing the playoffs after starting last year 6-2; that’s no mean feat. If healthy (a big IF) Newton and sidekick Christian McCaffrey may be able to cause havoc in the NFC.