Have a look at our top 10 NFL power rankings for running backs. 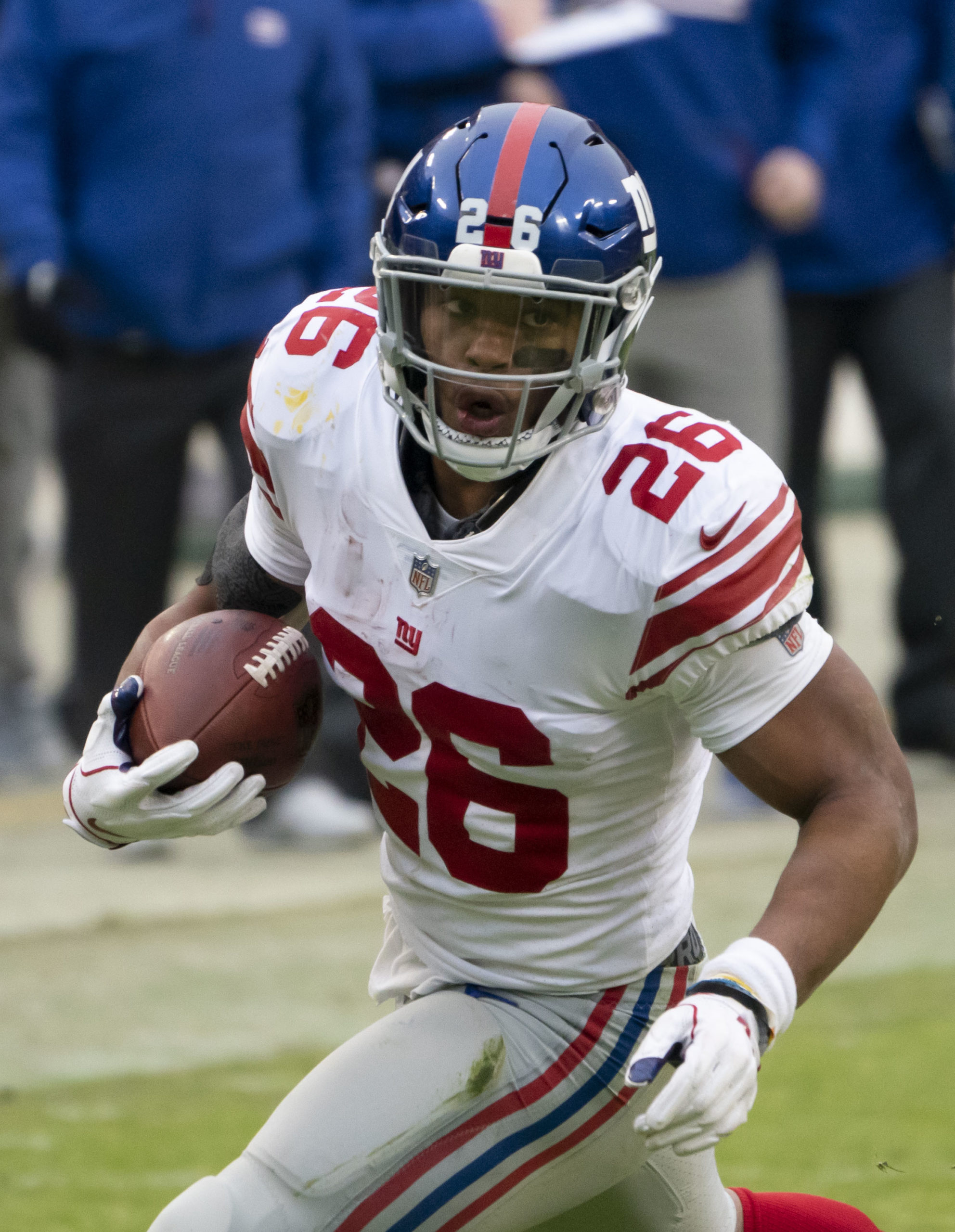 After what has felt like an interminably long offseason, NFL pre-season games begin in just over a week, with the season proper to kick-off in the first week of September.

We begin our weekly series with the top 10 running backs.

The rookie sensation blew the league away last year with 2,028 yards from scrimmage and 15 TDs in a masterful Offensive Rookie of the Year campaign. Questions were asked about the Giants’ decision to take him with the 2nd overall pick in the draft, but Barkley repaid the faith in spades.

With Eli Manning struggling with his arm strength and a rookie QB waiting in the wings, plus the loss of Odell Beckham Jnr and slight improvements to the offensive line, the load on Barkley only likely to increase this season. 2000+ rush yards is a distinct possibility.

Zeke is a beast. The Cowboys’ RB became just the fifth player since 1970 to win rushing titles in two of his first three seasons with 1,434 yards and 6 touchdowns in 2018.

Despite not quite reaching the heights on the ground of his rookie season (1,631 yards), Zeke’s ability as a pass-catcher continues to grow, with 77 catches for 567 yards last season – far and away a career high. With QB Dak Prescott in a contract year, look for this trend to continue; the rush yards are likely to stay near where they were last year, but the receiving miles are set to spike.

Kamara broke the Saints’ franchise record for rushing touchdowns last season with 14, and that number is only going to grow now that Mark Ingram is in Baltimore.

Ingram missed four games last season due to suspension, and in that span Kamara went off for nearly 153 yards per game and scored 6 touchdowns. The third-year pro topped 1500 yards from scrimmage in 2018 (evenly split on the ground and in the air) and we wouldn’t be surprised to see that number near the 2,000 mark in 2019.

The 23-year-old nearly topped 2,000 yards from scrimmage last season, and, as the Panthers rebound from a tough year, we expect him to near that mark again in 2019.

McCaffrey smashed the NFL record for most receptions by a running back with 107 (and 867 yards), but also topped 1,000 yards on the ground to show he’s a genuine dual threat. If Cam Newton can get back to his best then the Panthers are a dark horse playoff threat, and a big key to that equation is going to be their third-year RB.

There’s every chance by the end of this season Bell will be right at the top of this list, but for now we’re going to slip him in to 5th position.

Bell infamously didn’t play football at all in 2018, but the Jets still rated him highly enough to throw a four-year, $52 million deal in his direction. That’s no surprise given how he tore the league apart in 2017 with 1,291 rush yards, nine rush TDs; 85 receptions, 655 receiving yards and two receiving TDs.

The Jets are going to lean heavily on their rush game as Sam Darnold develops, and with the amount they’re paying Bell it’s fair to assume he’ll be getting some touches.

Gurley was voted to the All-Pro team for the 2nd year in a row last year, but he’s taken a tumble down our rankings thanks to some serious concerns around his long-term injury prospects.

He scored a league-high 21 touchdowns in 2018 but a knee injury hit at the wrong time towards the end of the regular season, and his playoff run was one to forget. Don’t be surprised to see his touches cut down considerably as Sean McVay looks to maximise his health towards another Super Bowl run.

Despite the pronounced on-field struggles in Cincinnati (in many areas), Mixon was a shining light for the Bengals in 2018.

He led the AFC in rushing with 1,168 to go along with 8 touchdowns and 296 receiving yards last season; a fantastic return given the Bengals well-documented issues. Going in to his third year in the league we only expect more improvement from the RB out of Oklahoma.

Gordon is out of contract at the end of this season, and if he can stay healthy we expect fireworks from the 26-year-old.

The Chargers are primed to make a run at the Super Bowl; Gordon’s physical fitness is a key part of that. He struggled with various lower leg ailments throughout last season but still posted 14 touchdowns, and at one point went 5 straight games with 120+ yards and at least one TD (only the 5th RB in history to do so).

Gary Kubiak as a head coach is going to work wonders for Cook; a third-year pro out of Florida State.

Kubiak is a renowned running back whisperer, and he has a beautiful slate to work with in Cook, who’s coming off a steady 615 yard rushing, 305 yard receiving year in 11 games in Minnesota. Someone needs to take the pressure off Kirk Cousins, and Cook might be the man.

The big bulldozer takes out the final spot on our top 10 list, mostly thanks to his 146.25 yards per game in the final four rounds of last season.

Henry was immense down the stretch; dominating a patch of games which included a 238-yard demolition of a performance against the Jaguars. If the Titans are going to make a splash in the postseason then Marcus Mariota needs to play well, but a big step in the right direction would be the continued evolution of Henry in to a consistent NFL.

Will miss a significant chunk of the season thanks to a disciplinary suspension, but the 2017 rushing champion will be an enormous addition to the Cleveland roster when he’s back.

In the absence of the aforementioned Hunt, expect Chubb to receive all the touches he can handle in the first 8 weeks of the season. May even remain the starting RB when Hunt returns.