Another night means another five winners for our followers and the way our NBA picks are going, you don't want to miss this. 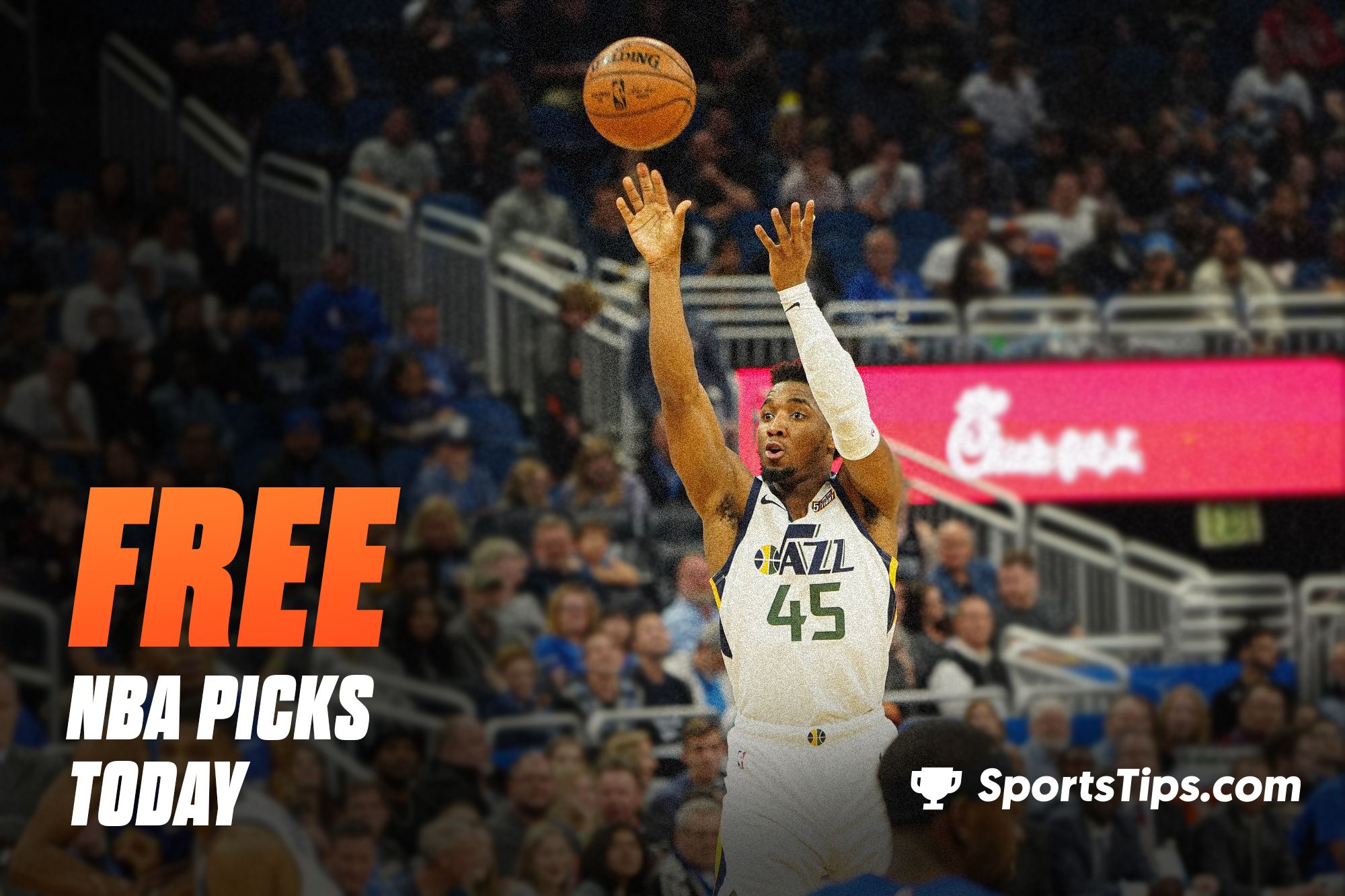 Another massive night of action across the league and our NBA picks have selected the best five games of the night for you to bet on!

After going 3-2 in straight up bets and 3-2 in spread bets as part of our free* Premium Picks last night, we are keen to continue picking winners for our followers.

The return of Kevin Durant after nearly two months off will catch the eye of money but we have found a couple of underdogs that provide some excellent value as part of our NBA picks. Find out who we have picked below!

A pair of middling Eastern Conference teams that are coming off big losses to start the week face off here tonight. The New York Knicks are coming off a narrow loss in Brooklyn while the Boston Celtics were no match for the Sixers last night.

Boston gave up a 2-18 run in the second quarter and were never able to catch up with Philly after that, losing 96-106. Jayson Tatum top scored with 20 points, four rebounds and four assists but shot just 7/17 from the field and had three of the Boston starters’ 16 turnovers for the game.

Having 20 turnovers as a team is not a good lead up to a game against a side that has the third best defensive rating and allows the fewest points per game. New York have been one of the best defensive sides all season but that wasn’t the case in their 112-114 loss to the Nets on Monday.

It’s his 4th triple-double this season. No other Knicks forward has more in franchise history. pic.twitter.com/e9zqBVpJqW

RJ Barrett top scored for the Knicks with 22 points while Julius Randle had a 19 point, 15 rebound, 12 assist triple double but the pair combined for 10 turnovers which the Nets scored 16 points off and that was the difference. New York shot 46.5% from the field and 48.3% from deep, making four more threes than Brooklyn and they will want to carry that over to tonight’s clash.

These sides have met just once this season, a 105-75 win to the Knicks despite the game being played at TD Garden, the same location for tonight’s clash. Jayson Tatum didn’t play in that one and is obviously a big addition for the Celtics but given this is a second night of a back to back, where Boston are just 4-6 on the season, we are expecting some players to sit out (not looking at anyone in particular, Kemba Walker). The Knicks have won just one of their last five games but are playing strong, competitive basketball and should be able to shut the Celtics down here.

The New Orleans Pelicans continue their road trip and have to back it up after a tough clash in Atlanta last night by facing the East-leading Brooklyn Nets tonight. The Pelicans welcomed back Zion Williamson for their clash and are still missing Brandon Ingram but the Nets are the team whose injury list we are watching closely.

James Harden managed just 4 minutes of the Nets’ 114-112 win over the Knicks on Monday before going down with a hamstring injury that we have now learnt will sideline him for 10+ days. While that is a massive loss for Brooklyn, news also broke that Kevin Durant is expected to return for his first game in almost two months.

His addition will be welcomed help for Kyrie Irving who had a game high 40 points and team high seven assists in the win. The Nets went 19-4 over that stretch and while that is impressive, any opportunity to bring in a player of his calibre is a big, big plus. He will be needed against a New Orleans side where Williamson will be going for history.

Zion’s 34 points last night was his 25th straight game of scoring 20+ points on 50%+ shooting, tying the record held by Shaquille O’Neal and has a perfect opportunity to eclipse that against a Brooklyn defense that ranks 25th for both defensive rating and points allowed.

With the Pelicans coming off a 107-123 loss in Atlanta last night where they allowed the Hawks to go 11/11 from deep in the third quarter, a new NBA record, the Nets should be looking their lips at this matchup. Despite losing Harden, Durant is obviously a big in and his return will help guide the Nets to victory.

A classic Southeast cross-conference rivalry between a pair of teams that are on fire at the moment and coming off big wins last night. The Memphis Grizzlies picked up a 124-112 in Miami last night, their third straight, while the Atlanta Hawks hosted the Pelicans and got the comfortable 123-107 win, their fourth straight.

Trae Young exploded for Atlanta, scoring 30 points thanks to 6/7 shooting from deep whilst adding 12 assists with it. His hot shooting was a theme for the Hawks as the third quarter saw the team go 11/11 from behind the arc, a new NBA record for single quarter makes without a miss. Bogdan Bogdanovic continues to thrive in a starting role, putting up 21 points on 5/8 shooting from deep and the Hawks just ran over the top in the second half.

The @ATLHawks went 11-11 from three in the 3rd quarter, the most made threes without a miss in a quarter in NBA history ☔️ pic.twitter.com/uiCJuRJxEz

Memphis and their seventh ranked defense will look to do a better effort than New Orleans did and also a better job than they did themselves when allowing the Heat to score 112 last night. However, their offense carried them through to get the win thanks to 28 points on 62.5% shooting from Dillon Brooks and 20 points on 77.8% shooting and 10 rebounds from Jonas Valanciunas.

The Grizzlies shot 54.8% from the field and made 17 threes at 41.5% last night and will need to have a similar shooting night against an Atlanta side that just made 20 threes at 64.5%. When these sides met in Memphis in just the second game of the season, Atlanta came away with the 10 point win and while things have obviously changed a lot since then, we are backing a similar result here. Unless Hawks players are rested on the second night of a back to back where Memphis players aren’t, Atlanta have too many scorers and play with an edge that will get them the win here.

The San Antonio Spurs kick off a five game road trip with a two game set against the Denver Nuggets and will be hoping for a turn of fortune after dropping their third straight game on Monday. That may be difficult against a Denver side that has picked up six straight wins and is rolling since adding Aaron Gordon at the trade deadline.

In last night’s 134-119 win, the Nuggets had three players score in the 20s, led by Nikola Jokic’s 27 points, 11 assists and eight rebounds. Michael Porter Jr chipped in with 25 while Will Barton had 24, helping make up for the loss of Jamal Murray who was a late scratching and is just questionable for this clash.

The fact that the team was missing their second best player and still managed to score a massive 134 points attributes to their depth, something that will be tested when having to back it up again tonight. Denver are just 3-4 when playing with no rest while the Spurs are 6-4 when playing with a rest advantage, which they have here.

Dejounte Murray missed the Spurs 101-125 home loss to the Cavs and is still just questionable for this clash, but they will need more than his return to break their three game skid. DeMar DeRozan had a team high 20 points but had just two assists, unable to help set up his team mates and the Spurs shot just 5/26 from three for the game.

The Spurs have been close in their other two losses, losing in double overtime and the other in overtime, but this performance on Monday is seriously worrying. Denver is one of the hottest teams in the league right now and despite playing last night, should prove too good in this one.

Game of the night and potentially game of the season as we have a top of the table clash between the Utah Jazz and the Phoenix Suns. Utah currently sits 2.5 games clear of Phoenix on top of the Western Conference standings but the fact that this is a Suns’ home game makes all the difference. In their last 12 road games, the Jazz are just 5-7 overall, including a shock loss in Dallas on Monday.

Mike Conley led Utah with 28 points on 61.5% shooting but his outstanding play wasn’t enough to overcome Donovan Mitchell’s dreadful night. The All Star guard scored just 16 points on 6/23 (26.1%) shooting as the team shot 42% from the field and made just 12 threes at 27.5%.

The worst bit is Utah’s defense, which despite being ranked fourth overall, is much worse when travelling. The Jazz allows 8.4 points per game more when playing on the road and just allowed a Dallas team without Kristaps Porzingis to shoot 45.1% from the field and make a massive 23 threes for the game.

Phoenix should be loving what they saw as they are coming off a game where they scored 133 points, shot 51.2% from the field and made 18 threes at 48.6%. Devin Booker led six players in double figures and continued his incredible shooting form at the moment with 36 points, six threes, six rebounds and six assists.

Phoenix will want to fix up their own defense as well, allowing a disastrous Houston team to score 130 points, including 70 in the second half. In these team’s only meeting this season, the Suns picked up the win in Utah and restricted the Jazz to just 95 points for the game. That sort of effort is what will get wins and is what we think will happen here. It is no secret that the Jazz perform much worse on the road and Phoenix are a great team at home.

Utah has lost back to back games just twice all season long and won’t want to make it a third here but the Suns have won six straight games and may prove too much here. If this game was in Utah, we may be going with a different outcome but we like the value surrounding the Suns given how well they are going at the moment.