Our NBA experts have studied the schedule to pick out the five best games of the night and analyse each of them to provide our followers with five winners, every night. 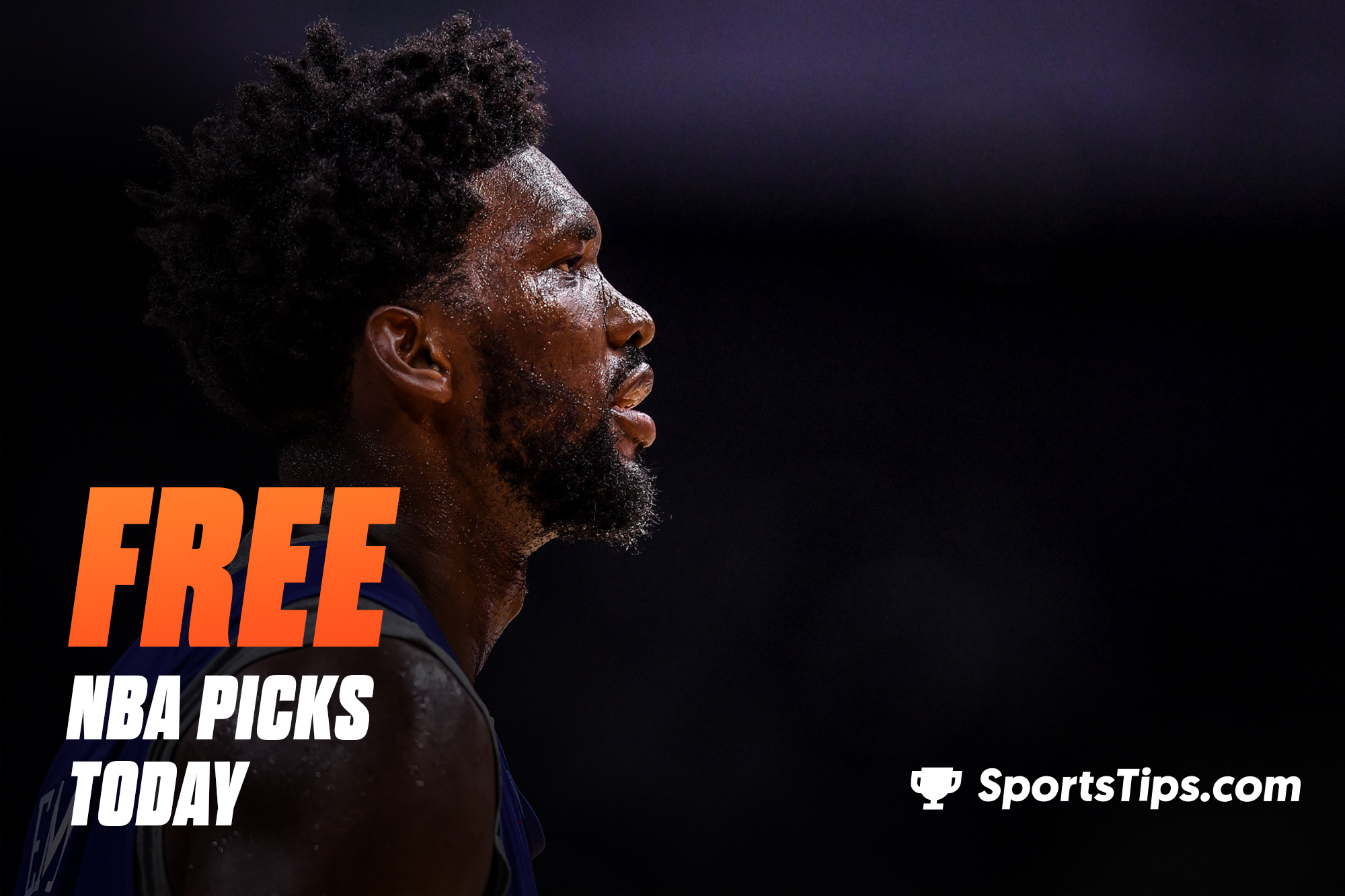 In an action packed night across the NBA, top spot in the Eastern Conference is on the line when the Nets and 76ers face off in Philadelphia. While on the west coast, life without Jamal Murray begins for the Denver Nuggets.

We have handpicked another five games from tonight’s action to provide you with another five winners and all the answers to your betting questions, so you don’t want to miss this!

In what was a rare turn of events, Kevin Durant took the floor in the absence of both James Harden and Kyrie Irving. However, the absence of his fellow All-Stars didn’t affect Durant’s impact on the game, as the 2014 MVP scored a game high 31 points on 73.3% shooting from the field.

The 76ers will also be entering Wednesday’s clash fresh off a victory, having defeated the Mavericks 113-95 on Monday. It has not taken long for Joel Embiid to throw his name back into the MVP conversation since returning from injury, as the seven footer scored a game high 36 points on 58.8% shooting, to go along with seven rebounds and two assists in under 26 minutes.

Unfortunately for the Nets, James Harden is expected to miss this matchup due to a hamstring strain, however Brooklyn is expected to welcome back Kyrie Irving. With Harden sidelined, Irving not 100% committed and Durant still on a minutes restriction, the Nets will understandably enter this matchup as the underdogs.

As good as the Nets roster is, it is fair to say that they will not be coming into this matchup at 100% fitness or availability. Contrastingly, Philadelphia will enter Wednesday’s game with a clean bill of health and their ideal playoff starting five on the floor for the tip off. Combined with the fact that this game is being played in Philadelphia, where the 76ers boast the second best home record in the NBA, we think Philly will get the W in this one and become the standalone No. 1 seed in the East in the process.

For the first time since the trade deadline, Nikola Vucevic and Wendell Carter Jnr will face off against their former teams, when the Orlando Magic come to Chicago to take on the Bulls.

Since the trade deadline moves that saw Vucevic, Aaron Gordon and Evan Fournier all land on different teams, Orlando have won just two of their 10 games, failing to score more than 100 points on four occasions and only passing the 110 point mark twice.

Similarly, it has taken some time for Chicago to get settled with their new roster, winning just three of their past 10 games and now seeded in the final spot in the Eastern Conference play-in tournament, 1.5 games ahead of Toronto.

Since moving to Chicago, the 30-year-old, two time All-Star, Nikola Vucevic has averaged 21.8 points and 9.7 rebounds for the Bulls. Admittedly his efficiency has decreased since leaving Orlando, however Vucevics’s overall offensive rating is at a career high 118, as there have recently been signs of a flourishing partnership beginning to develop alongside fellow All-Star Zach LaVine.

As both franchises substantially transformed their rosters at the trade deadline, neither team has looked settled recently. In fact both teams are ranked inside the bottom ten for points per game in their last ten NBA outings.

Even with Vucevic, Fournier and Gordon still on the Magic’s roster, the Bulls would have been favored for this encounter in Chicago. Now with Vucevic suiting up for the opposition, and the Magic steering head first into another rebuild, the Bulls should have no trouble securing the W at home.

A pair of All-Star power forwards will go head to head on Wednesday night in New Orleans, as Julius Randle and the Knicks take on Zion Williamson and the Pelicans at the Smoothie King Center.

Both teams will enter this matchup in solid form, as New York have defeated the Grizzlies, Raptors and Lakers in their three most recent games, while New Orleans have defeated the 76ers, Cavaliers and Kings. Meaning one side’s active three game winning streak will be extended and the others will end.

Julius Randle was the focal point behind the Knicks 111-96 win over the Lakers in their most recent outing, scoring a game high 34 points on 56.5% shooting, as well as 10 rebounds, four assists, two steals and a block.

Randle’s form has been the key to New York’s recent stretch of wins, collecting a triple-double in Friday’s victory over Memphis and scoring a game high 26 points in Sunday’s win over Toronto.

Zion Williamson is averaging 26.5 points on 61.7% shooting this season.

That’s the most PPG by any player with 60+ FG% in NBA history.

It’s also the highest FG% by any player with 15+ FGA per game in NBA history.

Similarly, New Orleans’ mobile big man, Zion Williamson has continued to play at an All-Star level in the second half of the regular season, scoring 30+ points in each of the Pelicans last three wins. In his first full season in the NBA, Williamson leads the league in player efficiency rating with a PER of 28.42.

Whoever wins the head to head battle between Randle and Williamson will likely carry their team to a victory.

Despite their inferior record, we like the Pelicans to win this one at home. Not only because Williamson looks to be playing at a level too dominant for Randle to negate, but also because the likes of Brandon Ingram, Eric Beldsoe and Steven Adams should be able to have a more positive impact on the game than New York’s role players. Especially with New Orleans putting a higher value on each game as they pursue a place in the Western Conference play-in tournament.

The seventh seeded Dallas Mavericks will travel to Memphis to take on the eighth seeded Grizzlies, in a match that will undoubtedly have implications for the Western conference playoff seeding.

The Grizzlies have won six of their past 10 games, including most recently defeating the Chicago Bulls  101-90 in Memphis. As has been the case all season, the Grizzlies received great production from Jonas Valanciunas and Ja Morant.

Valanciunas added a game high 26 points and 14 rebounds against Chicago, while Morant also collected a double-double, with 13 points and 10 assists. Although his three point shooting has been down this season, Morant is distributing 7.3 assists per game this season and is already being mentioned as one of the great playmakers in the league.

Speaking of playmakers, there are very few in the league that are as talented as Dallas’ Luke Doncic. Doncic has been nothing short of spectacular this season, averaging 28.6 points per game, which is the fifth best in the league, while also leading the Mavericks in minutes played, points, assists, rebounds, steals and PER.

Dallas have lost three of their past four games, most recently going down to the 76ers in Philadelphia without Kristaps Porzingis. However, Porzingis is expected to suit up against the Grizzlies.

Although the Mavericks are coming off a blowout loss to one of the best teams in the East (without Porzingis), they also recently took down the Milwaukee Bucks by 15 points.

The Porzingis vs Valanciunas and Doncic vs Morant matchups could see this one go either way,  however Dallas’ superior squad depth and lack of injuries give them an edge in this encounter, as Justice Winslow, De’Anthony Melton and Jontay Porter have been out for Memphis in recent games and may not hold up against the Mavericks.

Although they have won eight of their past 10 games and recently eclipsed the Lakers for the No. 4 seed in the West, Denver will play out the remainder of the 2020-21 without Jamal Murray, who tore his ACL in the Nuggets 116-107 loss to the Warriors on Monday.

MVP favorite, Nikola Jokic was two assists shy of another triple-double on Monday, having recorded 27 points, 12 rebounds and eight dimes during the loss to Golden State, while Michael Porter Jnr stood up in Murray’s absence, scoring 24 points and collecting nine rebounds.

As for Miami, they recently came up against the Phoenix Suns, who have the second best record in the NBA, and were defeated 106-86. The Heat had six players score in double digit points, however Miami only managed to combine for 86 points as a team, their lowest score since March 17th.

Jamal Murray has a torn ACL, per @ShamsCharania

Given that Miami are playing a back to back and have to travel, the Nuggets are favored at home for this matchup. However, the loss of Murray is huge. Murray is not only the team’d second leading scorer, but he is also the team’s primary ball handler. As well as that, the psychological impact of his injury will undoubtedly affect his teammates.

With Adebayo going toe to toe with Jokic and potentially the Serbian, we like the Heat to win this encounter on the road. Miami’s guard rotation (Dragic, Herro, Nunn, Robinson) alongside Jimmy Butler will be able to capitalise on the Nuggets’ smalls without Murray on the floor.