A six game night across the league and we have the best NBA picks for all of the action. 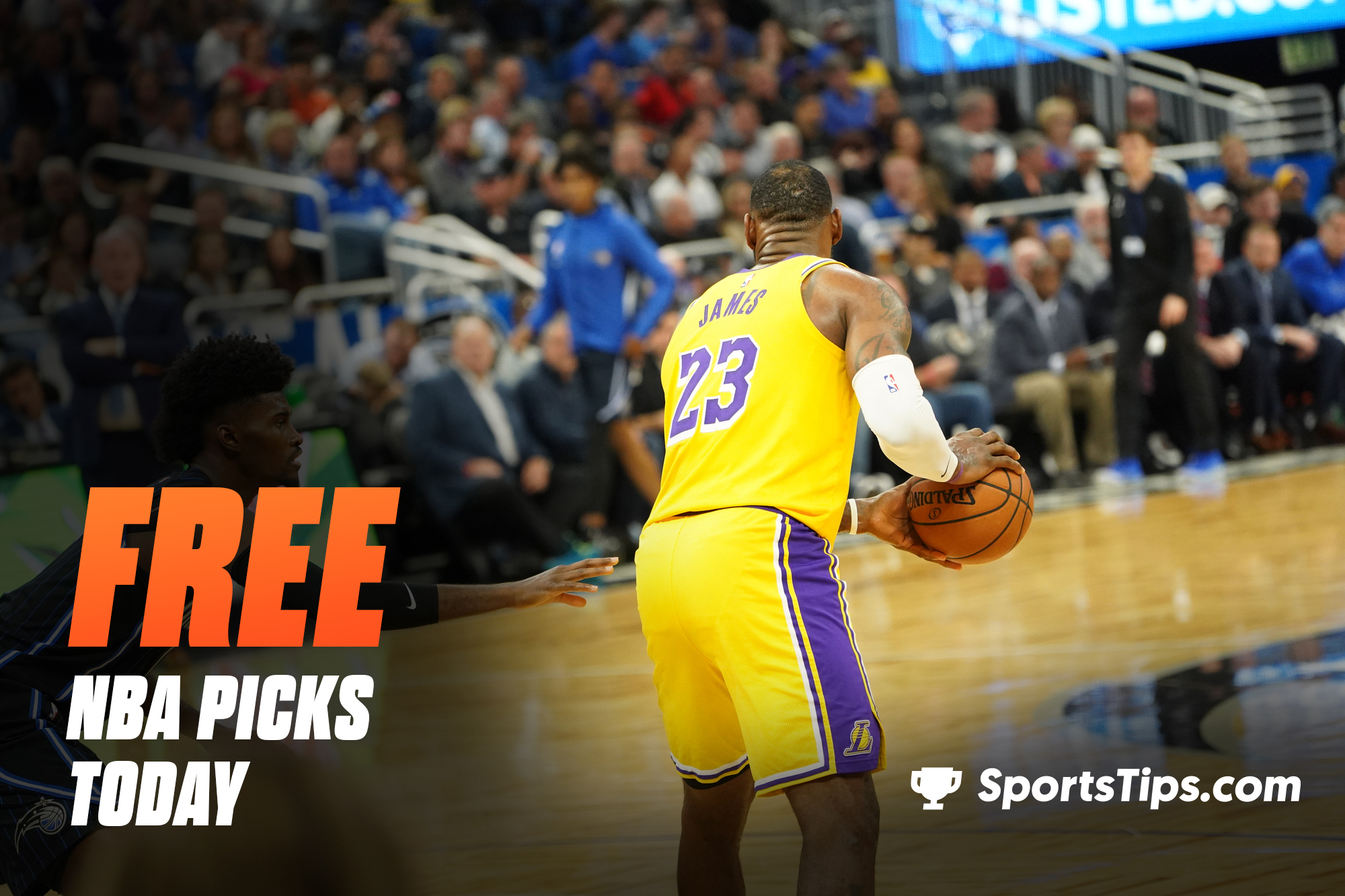 Our NBA picks have started Spring just like we ended Winter, picking winners and making cash. Last night we went 15-6 across seven games and our picks would have resulted in a $625.33 profit for a $100 bettor.

We have analysed all six games tonight and found some exceptional value across the markets. Three underdogs have been selected in money line markets and we are confident we can keep bringing in the winners for our followers.

The Memphis Grizzlies head to Washington on the back of a massive 133-84 win in Houston on Sunday night. They dominated the game from tip off, but will they be able to do it again against Bradley Beal and the Washington Wizards.

The Wizards are coming in off a heartbreaking game that is unfortunately becoming too much of a regular occurence. Beal put in a massive 46 points but Washington still managed to lose, falling 110-111 in Boston. The Wizards actually led for most of the last quarter but a Jaysom Tatum layup with 4.7 seconds remaining put them to bed.

They will now look to bounce back against a Memphis side that, in their last three games, beat the Clippers and had that 49 point victory in Houston. It was a full team effort on both ends of the floor that got the Grizzlies the win. Seven different players scored in double figures, led by Justise Winslow’s 20 points off the bench, while nine different players recorded a defensive stat, helping force Houston to commit 23 turnovers and shoot just 27.7% from the field.

While that win is extremely impressive, the Rockets are the worst team in basketball right now and Washington has been playing very competitive of late. The Wizards have won seven of their last nine games and we are backing them to pick up another here. Jonas Valanciunas may have a big game against a thin Washington front court but between Beal and Russell Westbrook, it may be too much for the Grizzlies to handle.

After battling with some questionable form, the Boston Celtics have returned home for two games, gone 2-0 and now host the Los Angeles Clippers in a nationally televised game. The Clippers meanwhile are in the midst of a five game road trip leading into the All Star break and have gone just 1-2 so far, most recently a 100-105 loss in Milwaukee on Sunday afternoon.

Kawhi Leonard had a good night with 25 points, nine rebounds and a pair of steals but Paul George struggled. Despite seven rebounds and seven assists, George shot just a putried 7/21 from the field for just 16 points. As a team, LA managed just 41.2% shooting and 31.8% from deep, unable to be consistent enough on offense, especially in crunch time, to get the win.

They will have to shoot a lot better than that if they want to bounce back from that loss and also return serve after Boston got the better of them in LA three weeks ago. The Clips were without George and Pat Beverley in that contest, but the Celtics didn’t have Jaylen Brown and didn’t have him in their 111-110 win over Washington on Sunday either.

Jayson Tatum stepped up in his place, having a big night with 31 points, eight rebounds and three steals while both Kemba Walker and Daniel Theis reached 20 points. Tatum was in a groove, shooting 54.5% from the field, the first team he eclipsed 50% in his last six games.

Given the Clippers are fully healthy and there is a cloud over Brown’s availability, that gives a slight edge to LA. However, Boston have been playing some very good basketball over their two game stretch at home and after facing some adversity in recent weeks, with a lot of public scrutiny, this is the perfect opportunity to have a statement game.

We have a rematch on Sunday night’s action and the Miami Heat are looking to sweep the home mini-series with the Atlanta Hawks while also going for a seventh straight win. On the other hand, the Hawks are continuing their road trip that has seen them go 0-2 so far.

John Collins had a big night in the first leg, a 99-109 Hawks’ loss, finishing with 34 points, 10 rebounds and three blocks while Clint Capela had three blocks of his own, also adding 20 points and 14 rebounds. This issue was Trae Young shot a miserable 3/14 from the field for just 15 points, adding nine assists and seven turnovers.

Miami on the other hand were able to overcome the late scratching of Jimmy Butler, getting on top early with a 10 point halftime lead. Atlanta made a third quarter resurgence but the Heat won the last quarter, 31-22, to seal the game.

Kendrick Nunn top scored for the Heat, getting more opportunities with Butler out of the lineup and putting in 24 points and seven assists while Bam Adebayo had 16 points, 13 rebounds, five assists and three blocks.

Butler is still just questionable for tonight’s clash but we like the Heat to pick up another win. Atlanta has seriously struggled on the road, not only on this trip, but for most of the season. They are just 6-11 when travelling while Trae Young is shooting just 10/35 on this two game trip.

The New York Knicks have a really nice opportunity to pick up a fourth straight win when they face the San Antonio Spurs tonight. While it is a road game for the Knicks, San Antonio had a tough overtime loss to the Nets last night where five Spurs had over 30 minutes of action.

DeMar DeRozan led the way for San Antonio yet again, putting up 22 points, 11 assists and six rebounds but played over 42 minutes and will surely have heavy legs for tonight’s clash. Lonnie Walker had 19 points thanks to five threes while Dejounte Murray also had 19, adding eight assists, six rebounds and the buzzer beating jump shot to send the game to an extra period.

The Spurs couldn’t keep up in overtime though, getting outscored 5-16 in the extra five minutes and New York should be looking to capatilise on that. They are coming off an easy 109-90 win in Detroit on Sunday night where Julius Randle dominated with 25 points, eight rebounds, six assists and two steals. Nerlens Noel was a pest on the defensive end, racking up 11 rebounds, three steals and three blocks while RJ Barrett had 21 points.

New York seem to have pieced things together nicely at the moment, having their best start to a season since 2012, sitting in fourth in the Eastern Conference and having the best scoring defense in the league. When you combine that with the fact that the Spurs are the only team this season that hasn’t won a game on the second leg of a back to back, New York should be feeling good about their chances tonight.

The Denver Nuggets and Milwaukee Bucks will face off for the second and final team this season, with the latter picking up a 125-112 road win in the first leg three weeks ago. The Bucks are at the end of a eight game home stand that has seen them win their last five games and are clear favorites for this one.

Last time out, the Bucks hosted and beat the Clippers on Sunday afternoon, using a 28-19 last quarter to come from behind and pick up the 105-102 win. Giannis Antetokounmpo scored 17 of the Bucks’ final 22 points, finishing with 36 for the game along with 14 rebounds, five assists and four blocks.

Milwaukee welcomed Jrue Holiday back after a 10 game absence, easing him in with just 17 minutes off the bench. However, he will be vital tonight against Jamal Murray and the Nuggets, who played last night and only just escaped Chicago with a win, having to back it up again tonight.

Nikola Jokic had a ridiculous game with 39 points, 14 rebounds, nine assists and two blocks, adding another game to the files for his MVP case. Murray had an efficient 24 points but had just three assists compared to four turnovers and will need to be better tonight if Denver is to win.

Ladies and gentlemen, this is what we like to call an MVP PERFORMANCE 🃏

The X factor for the Nuggets is Michael Porter Jr. Following his 17 point, 15 rebound performance last night, Porter Jr now has four straight double doubles and is averaging 22.3 points per game over the last week. When looking at Milwaukee’s X factor, Donte DiVincenzo stands out most. Despite just 11 points against the Clippers, he still had seven rebounds and played great defense down the stretch. The game before that, he shot 56% with four threes for 24 points, adding nine assists, seven rebounds and two steals.

It isn’t as black and white as this, but the head to head matchup between Porter Jr and DiVincenzo will go a long way to determining who will come out on top of this matchup. However, while Jokic is an MVP favorite this season, Antetokounmpo is the back to back MVP and has his side doing what they need to to keep on winning at home at the moment.

We round out the night with a Pacific Division showdown between two of the top four teams in the league as the Los Angeles Lakers host the Phoenix Suns tonight. Both sides have won their last two games, LA at home against Portland and Golden State while Phoenix were on the road against the Bulls and the Timberwolves.

Sunday’s game in Minnesota saw Devin Booker score a season high 43 points in the Suns’ 118-99 win. Chris Paul added 11 points and 15 assists while Deandre Ayton put in 22 points and 10 boards, as Phoenix’s big three helped them win every quarter in a dominant performance.

Things will be a bit tougher now though, as the Lakers have flourished over their last two games with Dennis Schroder back in the lineup. Schroder and Paul were teammates in Oklahoma City last season and both play with a chip on their shoulder, so we are excited to see them go head to head for the first time this season.

This is a massive game for both sides as a Lakers win would give them an extra game cushion on the Suns at the top of the West standings while a Phoenix win would see them jump the Lakers heading into the All Star break. The Suns have been an exceptional road team this season, currently 11-5, while LA have faltered at home at times, sitting at just 11-7.

With that being said, Schroder obviously makes such a massive difference to the Lakers rotation and his play making abilities allows James to give more effort on defense, helping LA overall in more ways than one. We like the Lakers to pick up their third straight here, but it will be close.