The NBA has snuck five games in this afternoon before Super Bowl LV and our FREE NBA picks have the winners of all five for you! 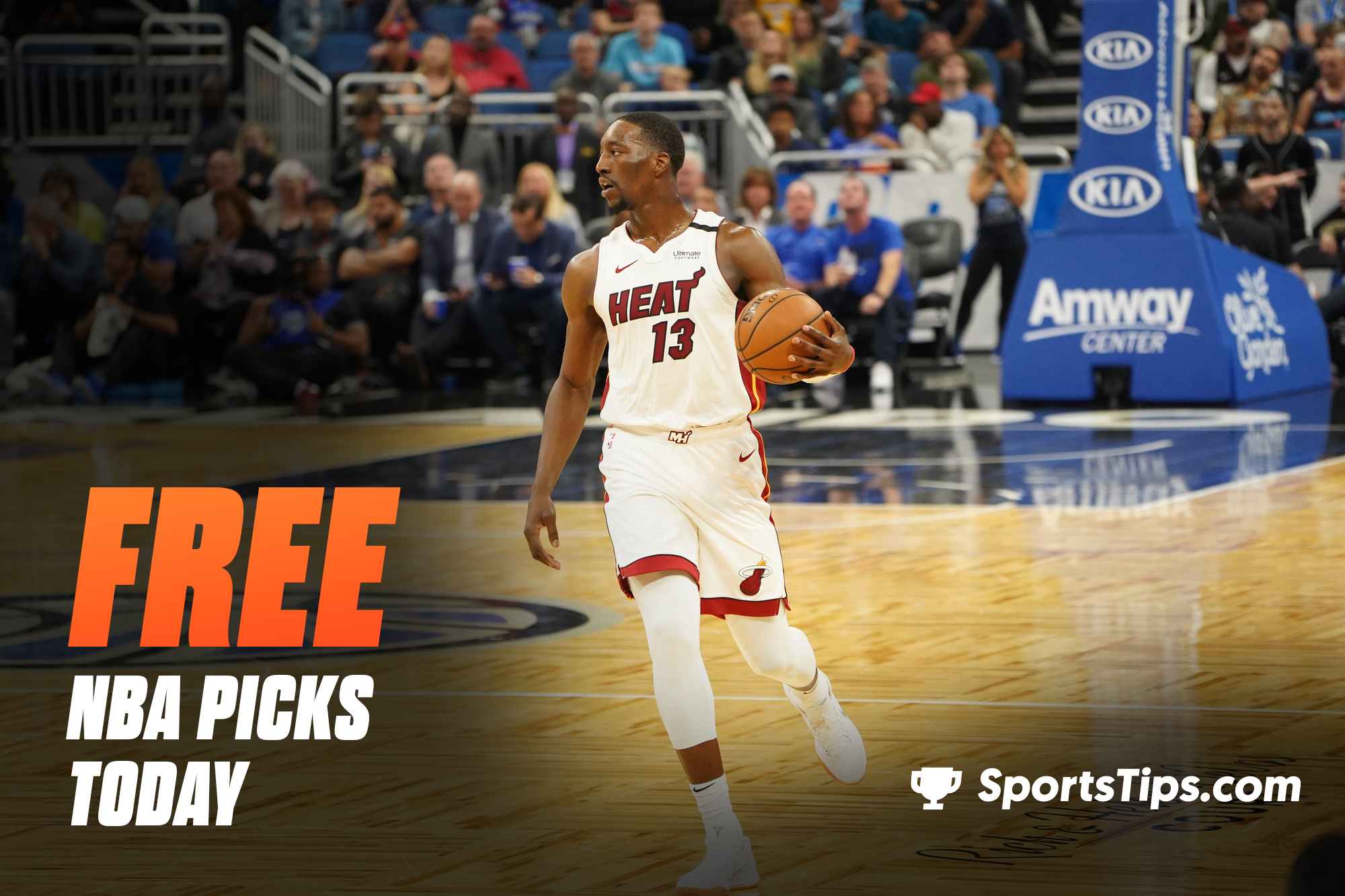 While today belongs to Super Bowl LV, the NBA has squeezed in five quick games this afternoon and our FREE NBA picks have the winners of all five.

It is a day of the underdog as we have picked three dogs to not only cover, but win straight up. Is that a sign of things to come for Tampa Bay?

Find our picks for all five games below.

The Utah Jazz just keep rolling on, sitting on top of the league with an 18-5 record and have now won three straight, all by double figures, and also 14 of their last 15. They now face an Indiana Pacers side that has dropped two straight and three of their last five.

Most recently, Indiana lost by one point to the Pelicans, at home, on Friday. Domantas Sabonis had his worst game of the season, shooting just 3/13 for eight points, his first time failing to score in double figures this season. Justin Holiday led the way with 22 points, six rebounds and two steals while Jeremy Lamb had a near perfect game, shooting 5/6 from the field, 3/3 from deep and 4/4 from the line for 17 points, along with three steals, two blocks and no turnovers.

🎶 Franchise-record 26 THREES for the @utahjazz…they’ve won 14 of 15 games! 🎶 #TakeNote pic.twitter.com/qFUk1r8Olb

They will need nearly all of their players to have near perfect games if they are a chance against a Utah side that is nearly unstoppable at the moment. On Friday night they made 26 threes, shooting at 52%, on their way to a massive 138-121 victory over the Hornets. Both Bojan Bogdanovic and Donovan Mitchell reached 30 while Rudy Gobert had 12 points, 15 boards and four blocks. The worry for tonight is that Mike Conley will miss with hamstring tightness, but Joe Ingles proved that he can shoulder more of the playmaking responsibilities, finishing with 11 assists on Friday.

Conley is a big loss for the Jazz but they rank fourth for both offensive and defensive ratings, making the most threes per game while shooting them at the second best rate. Indiana is just 7-7 at home this season and while this one will be close, the Jazz should prove too classy.

After back to back home losses, the Miami Heat seemed to piece things together on Friday with their 122-95 win over the Wizards. They now get on the road to face the New York Knicks who come in with plenty of momentum after their 110-99 win over Portland last night.

Julius Randle and Elfrid Payton both scored 22 in the win, the former adding 11 boards and four assists while the latter had seven rebounds, four assists and a block. The Knicks had 14 more points off the bench, led by Alec Burks’ 16 and Immanuel Quickley’s 12.

That certainly wasn’t the case on Friday, scoring 40 first quarter points and holding a 71-43 half time lead. Kendrick Nunn was the top scorer for the game with 25 points off the bench and Bam Adebayo had 21 points, four boards and two blocks. Miami kept one of the highest scoring offenses to just 95 points on 37% shooting from the field and 24% from deep and will need a similar effort against New York, especially if their own scoring will be restricted.

This has the feel of being an ugly low scoring affair, but Miami is just 1-5 after a win and New York’s defense should hold up and allow them to get two wins in two days.

A Southeast clash as the Washington Wizards and the Charlotte Hornets face off and both sides will be looking to get back on the winners list after poor performances last time out. Washington followed up a three point win over the Heat with a 27 point loss to the same team two nights later. Charlotte on the other hand faced the best team in the league, Utah, and gave up 138 points in a 17 point loss.

LaMelo Ball had his third straight start and had a career night with 34 points, eight assists and no turnovers. This was Ball’s best scoring output to date, but despite some assistance from Gordon Hayward (25 points, 10 rebounds & five assists), no one else for Charlotte could get going. The defense is a worry, allowing over 50% shooting from the field and from three, especially against a Washington team that scores the fifth most points per game in the league.

However, that wasn’t the case on Friday night. The Wizards were held to just 95 points while Bradley Beal, the league’s leading scorer, managed just seven points on 1/14 shooting. Alex Len got some more minutes than usual thanks to the blow out and ended up scoring 18 points and blocking five shots but that was the only thing that went right for the entire team.

We expect Washington to put in a much better performance than that, but we like the Hornets as home underdogs in this one. They have been more consistent, have more depth than Washington and are 4-1 in divisional matchups.

The Boston Celtics will be without Jaylen Brown for a second straight game when they face the Phoenix Suns this afternoon, but should be full of confidence after their four point win over the Clippers on Friday night.

Jayson Tatum once again led the way with 34 points on 5/10 shooting from deep, along with seven rebounds and four steals. Kemba Walker returned from a one game absence to score 24 points and hit the go ahead basket with 35 seconds remaining. The big thing for Boston in this one was that they had just six turnovers as a team, giving themselves more opportunity to score.

That will be important against a Phoenix side that has Chris Paul controlling the floor and the tempo of the game. That was evident in their 109-92 win over Detroit on Friday where he had 20 points on 50%, along with seven rebounds and nine assists. Devin Booker put up 23 points while Frank Kaminsky enjoyed his first start of the season with 15 points on 5/7 shooting and 3/4 from deep.

Given Brown is out for this one, Boston will have to rely on the role players to step up once again and we think they will be able to do it. A 17 point win over the lowly Pistons is masking the fact that over their last eight games, Phoenix has won just three of them and those wins came over teams with a combined winning percentage of just 0.311. Take the Celtics here.

Paul George will miss a second straight game for the Los Angeles Clippers as they host the Sacramento Kings in what is the third meeting between these two teams. LA took the first two by an average of 28.5 points but Sacramento comes in having won three straight, including wins over Boston and Denver.

Last night saw the Kings allow Nikola Jokic to score a career high 50 points but still escape with a five point win. Sacramento had four players score 20+, led by Harrison Barnes’ 28 points on 5/7 from deep. Rookie Tyrese Halliburton had the best game of his career 23 points on 75% shooting, along with six assists, four rebounds, two steals and no turnovers.

The worry is that Buddy Hield and Marvin Bagley combined to shoot 2/17 from the field and they now face a Clippers side that has the best offensive rating in the league. That obviously takes a hit with George out of the lineup but they still have Kawhi Leonard and had 49 points off the bench in Friday’s four point loss to the Celtics.

Leonard had 28 points, 11 rebounds and five steals in the loss where they gave up a 12 point quarter time lead, getting outscored 38-20 in the third quarter. They will be wanting a much more consistent four quarter effort if they want to get their third straight over the Kings. Despite George being out, we like the Clippers to pick up the win, especially with Sacramento being 0-3 in their previous encounters on the second night of a back to back.