No better way to finish the week than five winners! 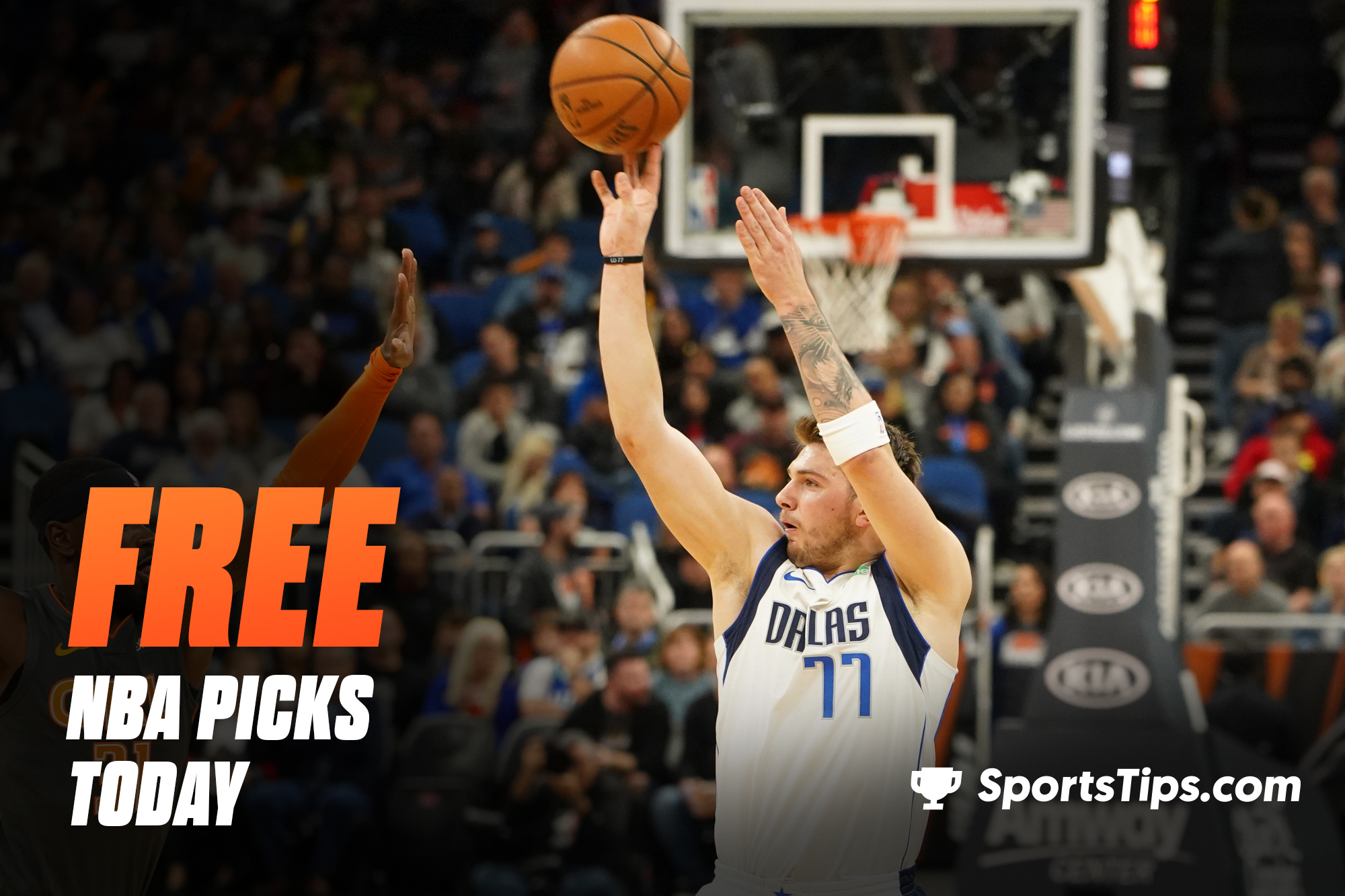 Our NBA picks are rounding out the week with another five handpicked winners just for you, so don’t miss out! We have the best game by game analysis for each of the best five games of the night!

The Charlotte Hornets return home from a six game road trip having gone 4-2, including winning their last two games. They will now look to make it three on the trot when they host the Atlanta Hawks this afternoon, who are coming off a bounce back win over the Bulls.

Friday night saw Trae Young have one of his best games of the season, and possibly of his career, with 42 points, nine assists and eight rebounds. His spectacular play combined with Clint Capela and Danilo Gallinari both scoring 20+ points allowed the Hawks to pull away with a 120-108 win.

Have a night, Ice…

While Atlanta uses the play of a select few to put up big totals, the Hornets use a more team-based approach, having six players score in double figures in their 127-119 win over a shorthanded Milwaukee side. None of the Bucks’ starters played and it allowed Charlotte to get the edge, pushing a lead out to 19 points after three quarters before taking their foot off the gas.

Injuries to Charlotte’s starting lineup means that players like Miles Bridges (26 points) and Jalen McDaniels (19 points) get increased opportunities and it is paying off at the moment. However, Charlotte’s two wins were over OKC and the Bucks’ reserves. Atlanta is in full swing right now, winning five of their last six, including two on the road, and should be full of confidence heading into this matchup.

The Denver Nuggets round out a five game home stand this afternoon, looking to go 5-0 and also win their ninth straight game overall. It is no easy feat, especially against a Boston Celtics team that has won four of their last five, including two straight.

Jayson Tatum may have had the game of his career on Friday night, putting up 53 points on 64% shooting and 6/10 from deep, along with 10 rebounds and four assists. All of this was to help the Celtics get out of a 17 point, third quarter hole, eventually winning 145-136 in overtime. Tatum had some help with Jaylen Brown and Marcus Smart contributing for 50 points in the clash where Boston just ran over the top, scoring a massive 21 points in the extra five minutes.

The worry is that after such a high, the Celtics may be due for a low, being unable to keep that level of play for another game. Even more so now that they are on the road and against a Denver side that is on fire at the moment. While the final result may have been closer than they wanted, the Nuggets led the entire way in their 121-119 win over the Spurs on Friday. Nikola Jokic had another big triple double with 26 points, 14 rebounds and 13 assists while Monte Morris stepped up in the void of Jamal Murray, who missed his third straight game and is only questionable for this clash, scoring 21 points off the bench.

These sides have met already this season with Boston getting the 13 point home win just under two months ago. What we have learnt so far this season with Boston is that they are almost a completely different team when playing on the road, with just a 10-16 record, while Denver has picked up eight straight, all since dealing for Aaron Gordon. That pickup has been a difference maker for the team, especially on defense and Gordon should be able to help slow down both Tatum and Brown in this one.

We have a pair of Eastern Conference teams that are on the wrong sides of some streaks with the Milwaukee Bucks, losers of three straight, on the road to face the Orlando Magic, losers of four straight.

Milwaukee has been without Giannis for four games now but their 119-127 home loss to Charlotte on Friday saw them play without all five starters. This gave opportunity for the bench players to show their worth and audition for more minutes down the stretch with Jordan Nwora, in just his 20th career game, score a career and team high 24 points.

The Rook dropped a new career-high in points last night:

Ultimately the Bucks didn’t have enough firepower to keep up, but we are expecting their starters, minus Giannis, to be back for this clash with the Magic. Friday’s 106-111 loss to Indiana was by far their closest and most competitive game of their four game losing streak but given the players left on this team after the deadline, being ‘competitive’ is as good as it gets. Terrance Ross, who is likely wishing he was traded as well, continues to be the lead man for the team, scoring a game high 24 points off the bench.

Milwaukee took the first meeting between the two sides by 22 points and that was when Orlando had their full roster, pre trade deadline. Things are obviously very different now and we expect the Bucks to come out hard from the jump to ensure they come away with the victory here.

It is safe to say that the San Antonio Spurs are having a rough go of it at the moment. They have lost five straight games and after a two game set in Denver, they stick on the road for an in-state rivalry clash with the Dallas Mavericks tonight.

After a comfortable 116-101 win over the Bucks on Thursday, Dallas have had a couple of nights off to prepare for this clash and they will want to round out the week on a high. Luka Doncic continued his MVP-level play with 27 points, nine rebounds and nine assists while Kristaps Porzingis had a monster night with 26 points, 17 boards and two blocks. It was a similar recipe for the Mavs that got it done with their two stars controlling the game, however it wasn’t always smooth sailing with Dallas needing a 36-17 fourth quarter to take back the lead and kick away for the win.

They will want a more consistent, four quarter effort against the Spurs who, despite losing, put up an incredible fight in their 119-121 loss in Denver on Friday. Trailing by 13 points heading into the last and having every excuse to throw in the towel, San Antonio fought back to win the final period 36-25, just falling short of a spectacular comeback. Derrick White top scored for the team with 25 points while DeMar DeRozan had 24 points and 12 assists.

San Antonio’s fourth quarter performance should give them a lot of confidence moving forward, something they will need to help prevent them from slipping further down the standings. After sitting up in sixth in the West at one stage, the Spurs are now ninth and just two games ahead of 11th, which misses the play-in all together. Dallas on the other hand has shot up the standings in the second half of the season and is playing some incredible basketball at the moment, something we don’t see changing here.

One of the hottest teams in the league had their bubble burst on Friday night as the Memphis Grizzlies had their four game winning streak snapped in New York, in overtime. They get a chance to rectify that and bounce back when they host the Indiana Pacers tonight, who come in off back to back wins but have been playing some very average basketball lately.

A four point win over Minnesota followed up by a five point win over the shorthanded Magic are far from convincing and the Pacers may get found out coming up against a good team here. Both Domantas Sabonis and Malcolm Brogdon returned to the lineup after missing multiple games and were instrumental in helping Indiana scrape by in Orlando. Sabonis had 16 points, 15 rebounds and two blocks but the game ball went to Aaron Holiday who had a team high 20 points off the bench.

The Pacers really played quite average but were lucky coming up against one of the worst teams in the league. They now face an in-form Memphis side that ranks seventh for defensive rating and will be looking to bounce back from a disappointing 129-133 overtime loss to the Knicks. The Grizzlies looked like they were going to win their fifth straight, winning the first quarter 35-23 but allowed New York to slowly chip away and then gave up a massive 19 points in the extra five minutes and couldn’t keep up.

Ja Morant has found some form offensively, which can only be a good thing for Memphis as they have multiple players that could score 20+ on any given night. Indiana usually have the same but with Myles Turner missing his third straight game tonight, the Pacers may not be able to hold down the fort defensively.