Merry Christmas and happy holidays everyone! Five massive games of NBA action sounds like a perfect way to spend the day. 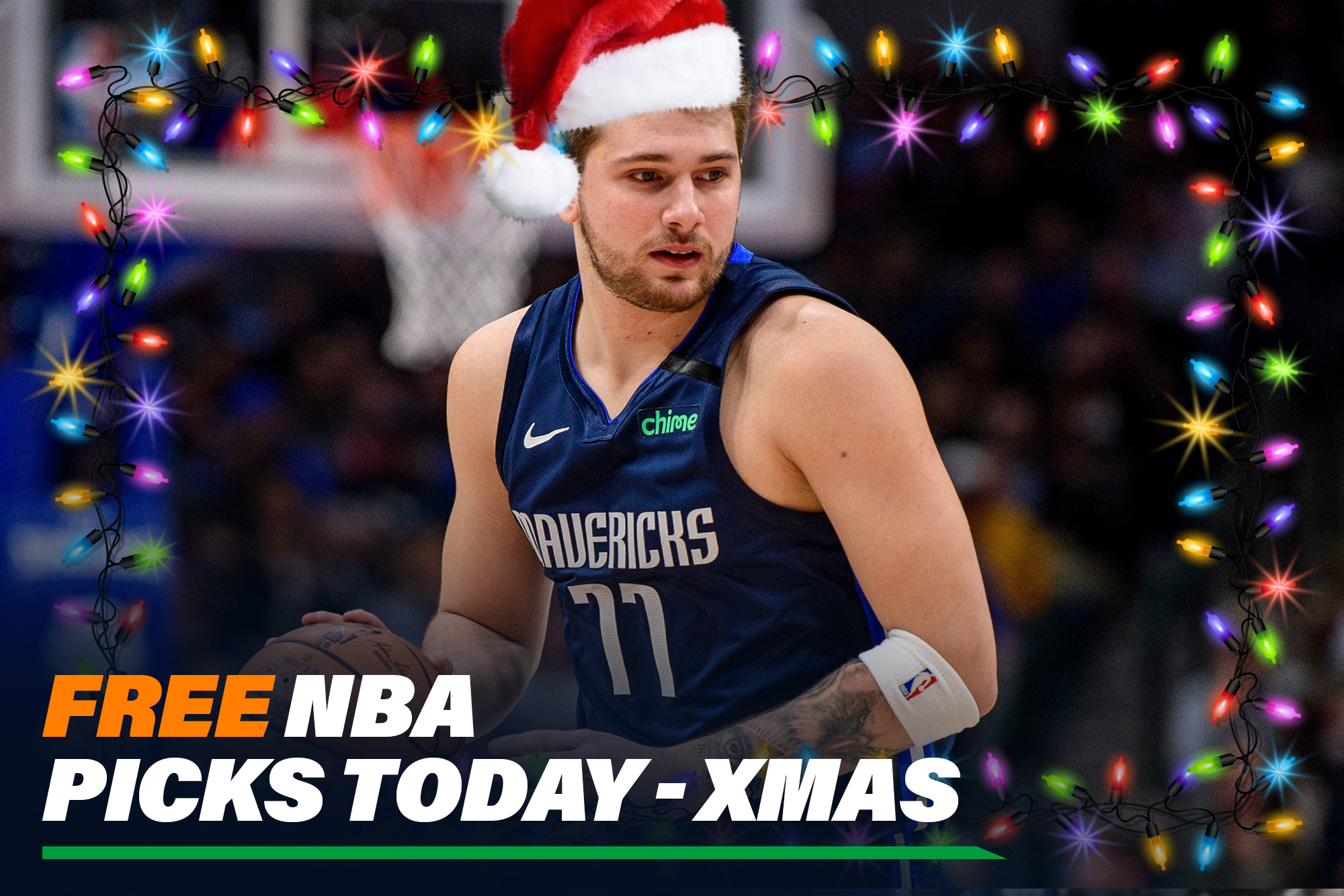 Grab your turkey and ham and we will provide the best NBA picks to make sure this is a Christmas to remember.

Some marquee matchups including a battle between two of the East’s bests while the West gives us a playoff rematch and the old face of the NBA vs the soon-to-be new face of the NBA!

Check out our Christmas day NBA picks below.

The first of the Christmas day games sees the NBA give Zion Williamson his prime time moment. In just his 26th career game, Williamson will lead the Pelicans in Miami, on Christmas, against the Eastern Conference Champs.

Miami will be looking to spoil his moment with Jimmy Butler and Bam Adebayo taking control of the game.

Miami were disappointing in their opener with a 6-point loss to the Orlando Magic. Bam had a big game with 24 points and 11 rebounds while Jimmy Butler was his usual self with 19 points, seven assists and seven steals.

New Orleans on the other hand caused the upset over the Toronto Raptors with Brandon Ingram continuing on from his Most Improved Player season with 24 points, nine rebounds and 11 assists.

Despite Pels being 1-0 and Miami being 0-1, the Heat match up well against New Orleans with Butler the perfect defender to cause Ingram problems. Erik Spoestra will get stuck into his squad and get them fired up to notch their first win of the season.

A battle of two back-to-back MVPs when Steph Curry and the Warriors roll into Milwaukee to take on Giannis Antetokounmpo and the Bucks.

What a disappointing start for both sides, but Milwaukee were extremely unlucky not to walk away with a win in their opener. An off-balance dagger three by Jayson Tatum with 0.4 seconds left sealed the Bucks’ fortune and they will be looking to bounce back, at home, in this one.

Giannis Antetokounmpo was his usual self with 35 and 13 while Khris Middleton and Jrue Holiday were exceptional complimentary pieces, but giving up 122 points is not acceptable for this defensively minded team.

They host Golden State, who looked just plain awful on Tuesday with Kelly Oubre Jr and Andrew Wiggins struggling to consistently contribute on both ends of the floor. Steph Curry will continue to hit his shots and lead the team, but with no help the Warriors won’t be winning much.

Wow, just wow. Tonight’s @JetBlue Play of the Game was unbelievable. @jaytatum0 you did that 🤯 pic.twitter.com/MbhOg6fbW6

This one will have plenty of feel in it with Kyrie Irving returning to TD Garden for the first time since leaving the Celtics in the 2019 offseason.

Boston didn’t look that great in their preseason games but they were a completely different side in their opener against Eastern Conference favorites, the Milwaukee Bucks. Jaylen Brown and Jayson Tatum combined for 63 points and 12 rebounds in the one point win.

They will be looking to make it 2-0 against a Brooklyn team that looked incredible on Tuesday. Yes, it was against a Warriors team that looks like it may struggle this year, but their offense in the first half was almost flawless.

Brooklyn looks like one of the top teams in the league but they may have some troubles on the defensive end trying to contain Tatum and Browns while Marcus Smart will cause issues for Kyrie and the Brooklyn backcourt. Take Boston to cause the upset and move to 2-0.

Both sides come into this one on the back of losses in their opening games, with Dallas losing to Phoenix and the Lakers losing to the Clippers.

LA had one of the worst first quarters they will have for the year and their offense looked hopeless at times. Dallas looked marginally better but were still nowhere near their level of play from last season.

The Mavs couldn’t capatilise on the Phoenix bigs getting in foul trouble as their own bigs aren’t anything to write home about. As Kristaps Pozingis is still out, Anthony Davis will be primed to bounce back from a subpar performance and the King won’t want to lose two marquee matchups in a row.

Some Christmas revenge is on the cards for the Clippers who face the team that eliminated them in the second round of the 2020 NBA playoffs.

The two teams started the season in opposite fashions with the Clippers having a comfortable win over the Lakers while the Nuggets had a heartbreaking overtime loss to Sacramento.

Both sides have had some pieces change in the offseason, but Denver losing Jerami Grant is the big factor here. He was pivotal in guarding both Kawhi Leonard and Paul George down the stretch and you could already tell his defensive edge was missed in their loss. Nikola Jokic did his all with a monster triple double, but it wasn’t enough to overcome his running mate in Jamal Murray having a stinker.

The Clippers on the other hand looked great against the Lakers with George and Leonard seeming to get whatever they wanted on offense. Back them in to continue their play, finish off Christmas day with a win and get their revenge, for whatever it is worth mentally.