Favorites For Each Of The 2020-21 NBA Awards: One Month Into The Season

Take a look at the favorites and sleepers for each of the 2020-21 NBA regular season awards one month into the new NBA season. 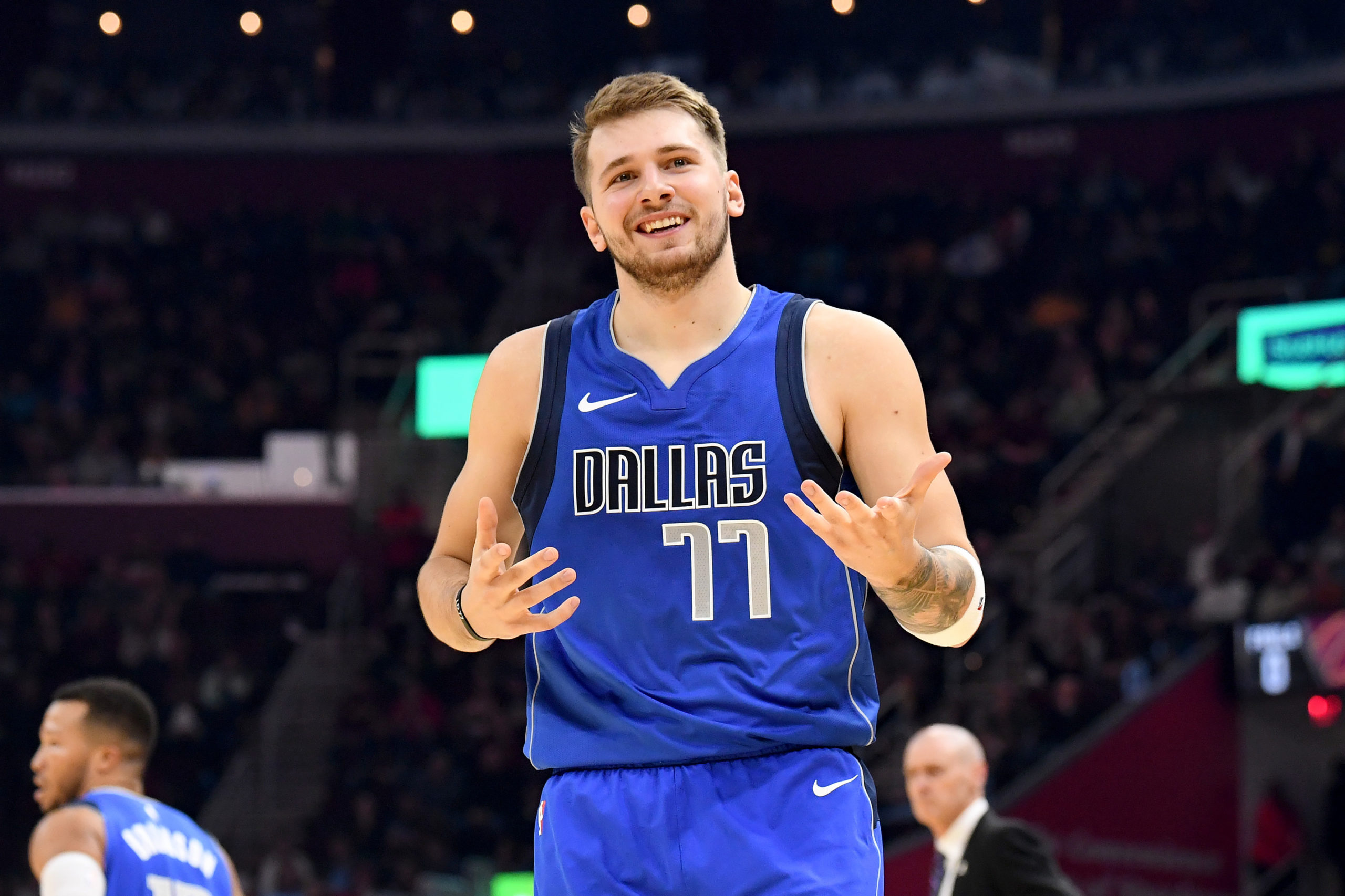 After finishing fourth in the MVP voting last season, Slovenian sensation Luka Doncic has gotten his quest to be named the 2020-21 regular season MVP off to a strong start, averaging close to a 30 point triple double through the first month of the season.

Through 13 games, Doncic’s Mavericks are just 6-7 and currently sitting outside playoff seeding in the West. For Luka to be named the league’s Most Valuable Player, the 21 year old will have to propel Dallas not only into the playoffs but likely into a top six seed in the stacked Western Conference. A feat that is certainly not beyond Doncic who in just his third season has already surpassed Michael Jordan’s career total of triple-doubles.

It appears that Luka just keeps getting better and better, and if he continues this astronomical rise the MVP award will be his to lose.

Defensive Player of the Year:

Anthony Davis is one of the most versatile defenders in the NBA and is the deserved +250 favorite to take out the 2020-21 Defensive Player of the Year award.

At 6’10’’, Davis entered the league as a renowned shot blocker, however his ability to defend multiple positions, namely the three point line, is what separates him from the other big men in the NBA. AD contests as many three point shots per game as elite wing defender Paul George, averages as many deflections as young two way star Jayson Tatum and also contests as many shots at the rim as Mitchell Robinson.

Davis was the linchpin in Los Angeles’ No. 1 ranked, championship winning defense last season which resulted in him finishing second to Giannis Antetokounmpo in the 2019-20 DPOY votes. After a strong start to the season, AD is poised to go one step further this year and be named the 2020-21 Defensive Player of the Year.

For all the Media Members that have a vote for the Defensive Player OF The Year Vote please watch the Film of the Lakers Vs Houston Rockets game tonight! See how @AntDavis23 impacts the game of the floor like NO other player. Switching on Harden, blocking and altering shots!

Rookie of the Year

Currently with the shortest odds of any of the NBA regular season awards, LaMelo Ball is the -200 favorite to be named the 2020-21 Rookie of the Year. Due to his public upbringing and vocal father, Ball entered the league as one of the most criticised players in the NBA, but after his short stint as a pro, Ball is beginning silencing his doubters.

In terms of his draft class, LaMelo is averaging the most rebounds, assists and steals per game of any rookie in the NBA while also averaging the second most points per game. The most notable accomplishment of his short career was his first triple-double against the Atlanta Hawks earlier this month. Ball’s breakout night saw him become the youngest player in NBA history to record a triple-double.

His storyline alone is enough to win him the award, however if LaMelo can continue his flashy passing and tough rebounding throughout the remainder of the season, he will undoubtedly be named the 2020-21 Rookie of the Year.

The most improved player of the year award is currently a two horse race between Houston’s Christian Wood and Detroit’s Jerami Grant.  Both Wood and Grant are in their first seasons on new team’s with Wood’s 23.8 points and 10.7 rebounds per game, a massive leap from last year’s 13.1 and 6.3, respectively.

Although Wood’s improvement has been noticed, the 6’10’’ centre did put up similar numbers last season when the Pistons expanded his role, which may not work in his favor when it comes to voting at the end of the season. However, with James Harden no longer a part of the Houston Rockets, Wood’s responsibility on the team will undoubtedly increase giving him more opportunity to keep putting up big numbers.

If the 25 year old continues to average a 20 point double-double, his grip will tighten on the Most Improved Player award.

Coach of the Year

Having not progressed or regressed over recent seasons, the Pacers looked stuck and a fresh set of eyes was exactly what they needed heading into the 2020-21 season. Thankfully for Indiana, Nate Bjorkgren took the role.

Already possessing a talented roster, Indiana made almost zero changes over the most recent offseason however have completely reworked their style of play under Bjorkgren.

Despite Jeremy Lamb and T.J. Warren out with injuries, the Pacers have unleashed Domantas Sabonis offensively while also offloading Victor Oladipo in exchange for Caris LeVert. However, LeVert will be out indefinitely after an MRI revealed a small mass on his left kidney.

Bjorkgren is the only head coach in the first year of their coaching career amongst the favorites to win the award, which should bode well for him at the end of the season. Especially if Indiana can retain their 2019-20 playoff position in the newly revitalised Eastern Conference.

Sixth Man of the Year

Jordan Clarkson is averaging a career high 17.6 points coming off the bench for the Utah Jazz this season. The six year pro is currently on his third NBA team and looks to have finally found a suitable role, running Utah’s second unit offensively and providing valuable relief minutes for Donovan Mitchell and Mike Conley.

Clarkson’s 17.6 points per game are currently the most by any bench player in the league, ahead of Shake Milton’s 16.9 PPG.

NBA All-Star and Jazz starter Donovan Mitchell recently endorsed Clarkson for the Sixth Man of the Year award on Twitter, showing just how valuable his minutes have been to the Jazz, who currently sit second in the West, just half a game behind the Los Angeles Lakers.