This is Officially Toronto’s Series to Lose

Have a read at our thoughts on the Toronto Raptors. 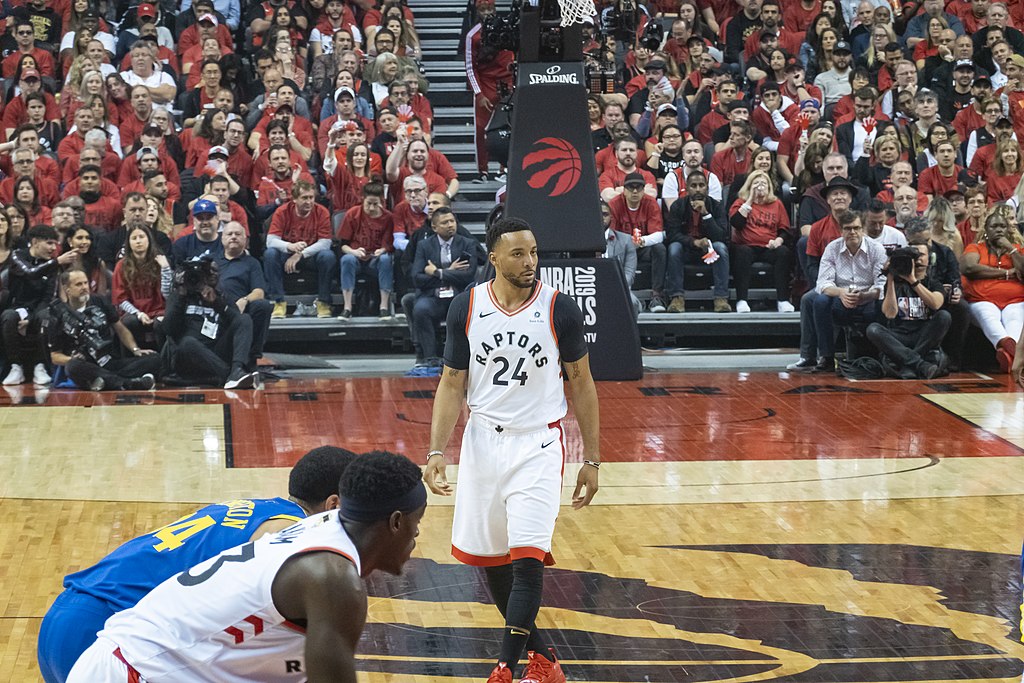 For all the uncertainty and conjecture which has engulfed these NBA Finals, it felt like the state of the series (and, indeed, the NBA season as a whole) could be crystallised in to one observation as Game 3 came to a close in Oracle Arena:

Looney’s absence for the rest of the season with a collarbone injury is an annoyance, but even the most vociferous Bay Area talk-show pundit would struggle to argue it’s the difference between the Warriors winning and losing a Finals series.

The impact of Kevin Durant’s calf injury on this team has been debated and analysed ad nauseum, and I don’t plan on rehashing it again here. What I will say is that it didn’t seem like an issue prior to Game 1 of these Finals, at which point Golden State had won 5 games in a row without their 7-foot former league MVP.

Losing Klay Thompson to a hamstring injury in Game 2’s win in Toronto may just have been the last straw, though. The Warriors are deep enough to cover those three injuries individually,  but the cumulative effect would be enough to severely weigh on any basketball team. Let alone one which has frequently had the depth of its reserves questioned.

Generally (particularly in the early rounds of the playoffs) depth wouldn’t be a concern when you’re still able to plug most nooks and crannies on the floor with All-Stars like Steph Curry, Demarcus Cousins and Draymond Green. This is an NBA Finals though, and the Toronto Raptors are a team with the whiff of destiny hanging inexorably about them.

In Game 3, Golden State’s lack of quality off the bench turned around and bit them right where it hurts.

The strength of Toronto through the last two rounds of the playoffs has been the even spread of contributions they’re getting from the 8 guys in the regular rotation. In Game 3, all five Raptors starters took 10 or more shots, and all shot 50% or better from the floor.

For the Warriors, only Curry (who took 31 shots for his playoff career high 47 points) and Draymond Green (with 14) had double-digit attempts.

Golden State never got in to the game. They didn’t outscore the Raptors in any of the four periods, and for what felt like most of the night (except for a small Curry spurt at the end of the first half), the margin was never closer than 7 points in favour of Toronto.

Shaun Livingstone, starting in place of Thompson played just 17 minutes, took just 4 shots, and looked utterly devoid of confidence. Demarcus Cousins (despite excelling in Game 2) played 19 minutes, shot 1 for 7 and displayed all the defensive and offensive issues to which the doubters had been highlighting all along.

Jonas Jerebko hit a wide open three and otherwise did absolutely nothing else apart from being a defensive liability when switched on to Pascal Siakam. Jordan Bell’s defensive rating was a mind-blowingly poor 133.3, which doesn’t even begin to describe how lost he looked on that side of the ball.

There’s no other way to phrase it; aside from Curry, Green, sometimes Cousins and sometimes Iguodala, this Warriors roster as it stands, with the injuries they have, is not a good one. They’re deficient in so many areas, but not least of all in guys who are willing to stand up and take a shot when it’s necessary.

Injuries giveth and injuries taketh away. The Warriors know that better than most, particularly given their experiences in the 2015 Finals against a Cavaliers team missing Kevin Love and Kyrie Irving, and the infamous Zaza Pachulia/Kawhi Leonard incident in the 2017 Western Conference Finals.

Per NBA stats, if the away team wins Game 3 in a playoff series they go on to win the series 85.0% of the time. That jumps to 90% in the Finals.

If the basketball gods can’t find it in themselves to heal Thompson and/or Durant by Friday’s Game 4, make no mistake about it, this series is going to be heading back to Toronto with the Raptors up 3-1.

The Larry O’Brien trophy may just be heading outside the United States for the first time in history.