Raptor Resurgence – How Toronto Pulled Back From the Brink

After the Bucks comfortably won Game 2 by 22 points (leading wire-to-wire) to go up 2-0 in the Eastern conference finals, there was an overwhelming sense that this series with the Raptors was as good as over.

Sure, the much-maligned Kyle Lowry had played scintillatingly well in Game 1 (30 points, 8 rebounds), but Toronto had still managed to get blown out thanks to no one not named Kawhi Leonard having any impact at all (looking directly at you, Marc Gasol and Danny Green).

And, yes, in Game 2 Serge Ibaka (8 points, 10 rebounds) and Norman Powell (14 points, 6-9 shooting) had showed that maybe the Toronto bench could provide meaningful minutes, but really that contest was over 2 minutes in to the first quarter after Giannis Antentokounmpo had reached in to orbit to block a Gasol shot at one end and then rattled the rim on the other.

The assuredness in Milwaukee’s painless ascension to the NBA Finals was, admittedly, slightly shaken by their double overtime loss in Game 3.

However, even given Leonard and Pascal Siakam played out of their skin; and Giannis and most on the Bucks roster (with the exception of George Hill and Malcolm Brogdon) looked overawed, the prevailing sentiment was still that this was exactly the on-brand, low-confidence performance you’re likely to receive from an inexperienced team playing only their 5th playoff road game as a squad.

We, like most other pundits, truly believed the Bucks were too talented, too deep, too laser-focussed for Toronto to handle, and would complete the “gentleman’s sweep” in 5 games.

But then Game 4 happened. At home, where they are 7-2 this postseason, the Raptors led by 10 points at halftime, 13 points after three quarters and finished up ahead by 18. No one but the die-est of die-hard Bucks fans could argue they were ever really in the fight, despite a combined 55 points from Giannis and Khris Middleton.

The strangest (for lack of a better word) part of Game 4’s Raptor domination was that the way it unfolded shouldn’t have come as a surprise. All the signs were there written in to Toronto’s basketball DNA, we just didn’t read them properly.

Drake’s sideline histrionics aside, what’s the major reason Toronto have pulled this series back from the brink? 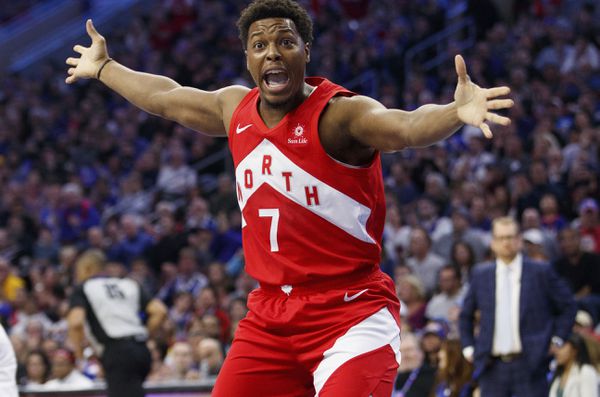 There’s a tendency to want to get too complicated with NBA basketball sometimes. We can occasionally read too much in to advanced metrics and fail to see the wood for the trees.

With that in mind, here’s the most basic NBA take you’ll read today:

The Toronto Raptors of 2018-19 are an infinitely better playoff basketball team when Kyle Lowry is scoring and playing defense.

By contrast, Kawhi Leonard’s offensive rating in regular season wins this year was 122; in losses 115. As you can readily see just by looking cursorily at the way Leonard plays basketball, his performances are steady no matter the situation. The Raptors (and the teams they are playing against) know exactly what sort of game they’re going to get from Kawhi on any given night. Accordingly, his statistics are as linear as they come.

Lowry is this team’s barometer. In Game 3’s double overtime thriller his plus/minus was the highest of anyone on the floor (+15). In Game 4 he had 25 points (on just 11 shots), 8 assists and committed just 1 turnover in the blowout victory.

By contrast, their offensive rating without Leonard is 91.3, without Siakam 97.7 and without Green 101.3.

Rightly or wrongly, Lowry has been given a reputation as a playoff under-performer. When he managed 0 points in the first game of these playoffs against the Orlando Magic, it’s fair to say that reputation reared its ugly head.

The Raptors overcame their sluggish start to the postseason to knock off the Magic 4 games to 1. In those final 4 games of Round 1, Lowry averaged 14.3 points on 51% shooting from the floor (41.2% from three). His plus/minus (+23.8) was the second best of anyone on the Raptors roster, only behind Leonard (+24.0)

Lowry’s series against Philadelphia in the second round was then solid without being spectacular. That’s reflected by the fact Toronto were pushed to 7 games despite having home-floor advantage.

While Lowry still averaged 13.1 points and 6 assists in the series, it’s fair to say Leonard was the star in all respects. Surprisingly, Danny Green’s stats suggest he was the Raptors’ second most valuable overall contributor over those 7 games.

Matched up against the newly anointed first team All-Defense guard in Eric Bledsoe, Lowry’s offense (20.3 points, 48% shooting from three, 4.3 assists) has been spectacular.

His defense has also been rock-solid – per Second Spectrum, on 16 possessions per game when they’ve been matched up on each other, Bledsoe is averaging just 2.5 points.

On 20.5 possessions per game when matched up on George Hill (who’s having a cracking playoffs overall), Lowry is holding him to just 2 points.

Toronto have unearthed the key for their playoff success going forward; he was right under their nose all along.

Playoff Lowry is here to stay.