Check out our preview and betting tips for the NBA finals in 2020! 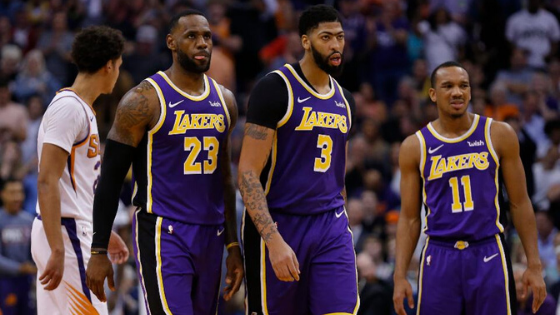 We have reached the grandest stage of them all and the Los Angeles Lakers and Miami Heat will do battle to see who will be crowned 2020 NBA Champions.

The Lakers are returning to the Finals for the first time since 2010, when they beat the Boston Celtics 4-3 to win their 16th NBA Championship.

The Heat’s last Finals appearance was in 2014 when they lost 4-1 to the San Antonio Spurs, a year after beating them for their 3rd NBA Championship.

Journey To The NBA Finals

This is the first time in NBA history that both teams in the Finals did not play in the playoffs in the previous season, with both teams having unique paths to the 2020 NBA Finals.

Pat Riley is never one to be out of contention for long and the offseason signing of Jimmy Butler pushed the Heat to the forefront of the Eastern Conference yet again. Butler and Bam Adebayo led Miami to their best winning percentage since 2014 and the fifth seed in the East, sweeping Indiana, overpowering the 1-seed Bucks 4-1 before knocking off a familiar rival in the Boston Celtics 4-2 in the Conference Finals.

After trading a multitude of players and picks for Anthony Davis before the season, expectation was high for the Lakers and it was safe to say that they were exceeded. LA finished on top of the Western Conference standings and breezed through the playoffs with 4-1 victories over Portland, Houston and Denver on their way to the NBA Finals.

PointsBet had the Lakers open as -400 favourites to win the series and the NBA Championship, with Miami being +300 underdogs. Money flooded to Miami with their big odds and with less than 24 hours before tip off of game one, the Lakers are -334 favourites compared to Miami’s +265 odds as an underdog.

The Miami Heat are 5-2 in their last seven games against the spread, often starting as underdogs against both Milwaukee and Boston, which they will again against the Lakers.

The Lakers meanwhile at 6-2-1 against the spread in their last nine games. Despite having an 8-1 record over these games, Houston and Denver provided some tough competition with the Lakers’ lowest points spread being -4.5 in game three of the Conference Semifinals, and their largest being -7.5 in games one and two of the Conference Finals.

The teams split the spread in their two matchups in the regular season with LA covering the -8.5 spread in a big November win before Miami covered the +5.5 in their narrow December loss.

The Lakers start as -4.5 favourites, tying their smallest spread favouritism so far in the playoffs.

In their last six games, the Heat’s games have gone over five times and four of the Lakers’ last five games have also gone over. Both teams only had one game from their Conference Finals series go under, however the total from their two regular season games split the line. Their November match up went 43.5 points under their 218.5 line, with their second match up going 11 points over their 212 line.

Both teams are coming up against the best defence that they have faced in the playoffs, and the current total points line for tomorrow’s opening game is 217.5, with the two teams having just one game each go under this mark in the Conference Finals.

The Heat have won eight of their last 11 games, despite starting as favorites in only two of them. In the Conference Finals, they started as underdogs in all six games, despite ending with a 4-2 record. Miami has embraced the underdog mentality with a gritty defence and have well and truly earned their spot on this grand stage.

The Lakers on the other hand have started as favorites in every single playoff game so far and have a 12-3 record to back it up.

Los Angeles won both matchups during the regular season as favourites and head into game one as -191 favourites, ahead of Miami who are +160 underdogs.

There is serious value in some of the futures markets for the upcoming Finals series, and some best NBA Finals bets are listed below.

PointsBet have Bam Adebayo’s points line at 16.5, with the over being -105 and the under being -127. Bam has only scored under this mark twice in his last nine games and only six times out of 15 playoff games, while averaging 21.83 points in the Eastern Conference Finals. With many thinking that the Heat will put up a decent fight against the Lakers, Bam is going to have to be big for them, so I’m taking the over where a $50 wager will bring a total return of $97.62.

The series handicap is set at 2.5 games, with Lakers -2.5 being +140 and Heat +2.5 set at -176. Despite the Lakers winning all of their series 4-1 so far, the Heat with a 2.5 game edge is a good bet in this situation. The Lakers are clear favourites with the two best players in the series, but Miami have some clear ways to win at least two games in this series.

Coach Spo’s genius and ability to implement zones, which completely disrupts an opponents rhythm, has already caused trouble throughout the playoffs and with the Lakers being an inconsistent three point shooting team could become a big factor. Bam will also be the toughest matchup that Davis has faced so in the playoffs, while Butler, Crowder and Igoudala are the best combo of wings attempting to slow James down that he has seen this postseason. Plus, the streaky shooting of Dragic, Herro and Robinson, who have combined for 7.87 three point field goals per game, will be able to exploit the Lakers shakey three point defence.

By betting on Heat +2.5 games, you are allowing yourself to have 6 different potential outcomes of victory to win this bet with only a Lakers 4-0 or 4-1 victory causing this bet to lose. A $50 wager on Heat +2.5 games will bring a total return of $78.41.

Los Angeles have the two best players in the series, but the Heat might have the next five best. So, will Miami’s well rounded gritty team approach be enough to overcome the superstar power of LeBron James and Anthony Davis?

Will Jimmy, Crowder and Iggy be enough to slow down this fine tuned version of LeBron and will Bam’s emergence and athleticism be able to negate the versatility and skill of Davis?

They will be able to do it in parts, but not enough to win four games against the best player in the world and the best team in the playoffs.

LeBron’s whole purpose of coming to LA and forcing the trade for Anthony Davis was to win his fourth ring with the Lakers and while Miami has been the fairytale story of the playoffs, I believe that the Lakers win this series 4-2, with LeBron being named Finals MVP.

The Los Angeles Lakers will win the 2020 NBA Championship (-334 odds on PointsBet).

The series correct score will be Los Angeles Lakers 4-2 (+375 odds on PointsBet).

*Note: Odds are correct at the time of publication.

If you are looking for more information about NBA betting, then make sure you check out our page. We have all the info you need!