The 2020-21 NBA season is just around the corner and we have a preview on where the Washington Wizards stand in a deep Eastern Conference, and what NBA bets stick out for the side! 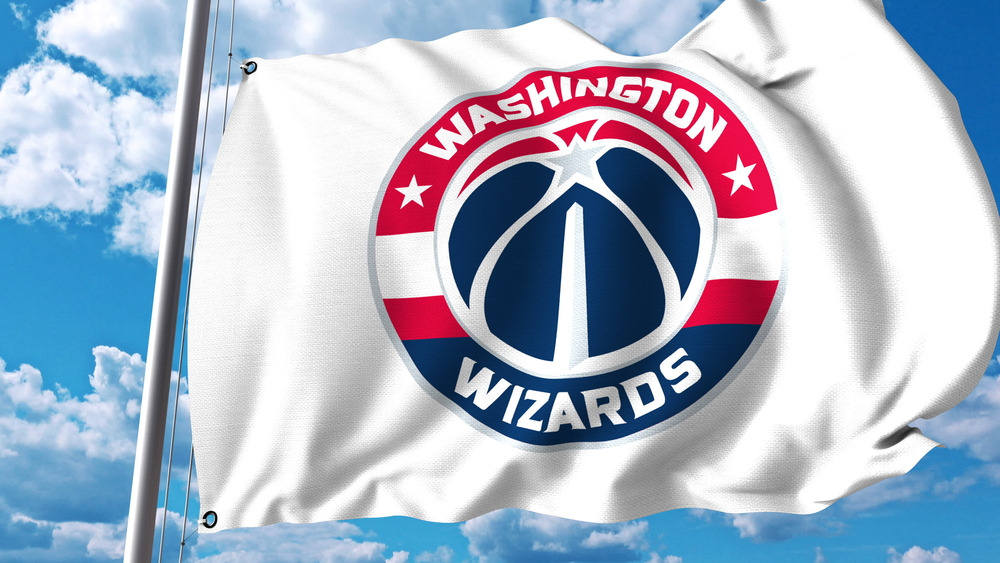 The season is right around the corner and the Washington Wizards have opened with +12500 odds for the 2020-21 NBA Championship. The experts here at SportsTips have taken the time to review every single NBA team and offer up their opinion on how each team is expected to perform in the 2020-21 season, meaning you can place your best NBA bets with confidence.

So, without further ado, have a read on below at all our NBA betting stats and information on the Washington Wizards:

With news of John Wall missing another season with an achilles injury, hopes of the Washington Wizards being serious contenders started flailing. The team could only manage a 25-47 record, which somehow ended up ninth in the East.

Bradley Beal became a superstar in the league, emerging as a dominant and elite two way player. With averages of 30.5 points and 6.1 assists, Beal gave his all for the Wizards and became the first player to not be selected to the All Star Game despite averaging 30 points for a season and had the highest scoring average of any player, at the All Star break, to not be selected.

Outside of Beal, there really wasn’t much else. Thomas Bryant emerged as a starting center with averages of 13 and 7, but could only manage 46 games.

Given expectations were low with Wall missing the season, the Wizards actually outperformed against the spread, finishing with a record of 34-35-2, good enough for 16th in the league.

The Wizards added swingman Deni Avdija from Israel with the ninth overall pick, and acquired Michigan State guard Cassius Winston later in the second round, in a pick swap with Oklahoma City.

Most draft experts didn’t expect Deni Avdija to fall to the ninth pick where Washington was able to scoop him up with some calling Avdija the “steal of the draft”.

Despite Wizards GM Tommy Sheppard declaring that the team has “no plans” to trade 30 year old All-Star John Wall, Washington and Houston recently engaged in a blockbuster trade that sends John Wall and a protected first round pick to the Rockets, in exchange for the 2016–17 MVP, Russell Westbrook.

The nine time All-Star will finish the final three years of his five-year, $206.7 million deal with the Wizards, at an average salary of $41.4 million per season before becoming an unrestricted free agent in 2023-24.

Given that the relationship between Wall and All-Star teammate Bradley Beal was always criticised as well as the uncertainty surrounding Wall’s health, the addition of Westbrook should improve the Wizards in the short term.

Westbrook is two years older than Wall but does not have the injury history, and after averaging 33.4 points on 54.9% shooting, (including a 40% from 3-point range) to go along with 7.3 rebounds, 6.0 assists, and 1.8 steals in the month February, it is clear that Westbrook is still an All-NBA talent.

However, Washington’s performance in 2020-21 will be determined by how well Westbrook and Bradley Beal share the load on offense. Without Wall, Beal didn’t necessarily handle the ball more last season, but still averaged the second most points in the league (30.5 PPG).

Given his reputation of being too ball dominant, Westbrook will have to become more of a facilitating point guard as Washington will be better off going forward with Beal as the primary scorer.

The addition of a ball dominant 32 year old point guard on more than $40 million a year doesn’t necessarily fit the younger Wizards roster and will not turn Washington into contenders.

However, in terms of their 2021 playoff chances, the offseason additions that Washington have made have given them a more solid starting five that could be in contention for the No. 8 spot in the East.

Will the Washington Wizards Make the Playoffs?

With speculation surrounding where Bradley Beal will sign at the end of his extension, the Wizards are trying to win now, with the addition of Russell Westbrook a significant upgrade over the injury riddled John Wall.

Given the strength of the Eastern Conference, the All-Star backcourt of Beal and Westbrook should be enough to lead the Wizards to anywhere between the 7th – 11th seed in the East, likely competing for a playoff spot in the NBA play-in tournament. Washington are now -105 to make the playoffs and -115 to miss.

December 26: vs Orlando Magic: Washington are in the hunt for Orlando’s 2020 playoff spot

January 9: vs Miami Heat: Matchup against the 2019-20 Southeast Division winner

Of the teams that missed out on a playoff position in the Eastern Conference last season, both the Wizards and the Hawks look to be the most likely contender to break back into the playoffs and therefore having the chance (albeit a small one) of winning the East.

The Wizards have the smallest difference in their odds to make (-105) or miss the 2021 playoffs (-115), with Washington a near certainty to compete in the NBA play-in tournament as a seven-ten seed.

Depending on how much you like Russell Westbrook will determine whether you like the Wizards to go Over or Under their regular season wins line of 33.5.

We think that although Westbrook’s style of play has often caused controversy on the teams he’s on, a player of Westbrook’s quality is worth more than the five wins that the line adjusted to following the trade.

Given that Washington will face Atlanta, Charlotte and Orlando in their division, their All-Star backcourt should be enough to turn the Wizards into a 35+ win team, and have them fighting for the seventh or eighth seeds in the East.