The 2020-21 NBA season is just around the corner and we have a preview on where the Golden State Warriors stand in a deep Western Conference, and what NBA bets stick out for the side! 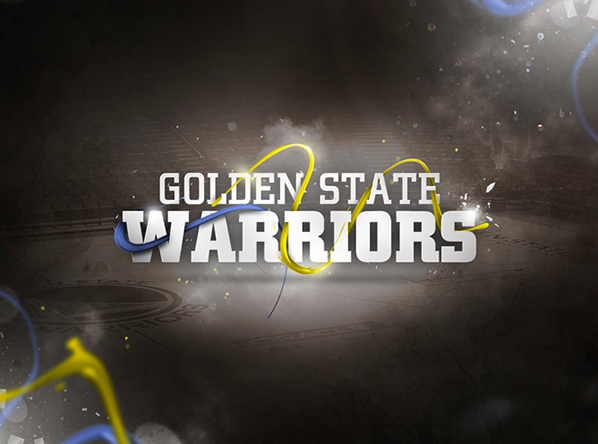 The season is right around the corner and the Golden State Warriors have opened with +2500 odds for the 2020-21 NBA Championship. The experts here at SportsTips have taken the time to review every single NBA team and offer up their opinion on how each team is expected to perform in the 2020-21 season, meaning you can place your best NBA bets with confidence.

So, without further ado, have a read on below at all our NBA betting stats and information on the Golden State Warriors:

After having five straight NBA Finals appearances, the Golden State Warriors, due to some personal changes and injuries, became the worst team in the league, only managing a 15-50 record.

After Kevin Durant jetted off to Brooklyn and Klay Thompson tore his ACL in the 2019 NBA Finals, last season was always going to be tough. Receiving D’Angelo Russell back for Durant gave the team some hope, with the pairing of him and Steph Curry seeming dangerous on paper.

The pair only managed four games together before Curry went down with a hand injury, and that is when the losses began to pile up. Russell was eventually traded to the Minnesota Timberwolves for Andrew Wiggins and draft compensation, with Wiggins allowed to play freely on offense as the main scorer.

Golden State managed to find some good young players, especially Eric Paschall, but given the injuries, this season was a write off in teams of on-court performance. Their performance allowed them to receive the second pick in the 2020 NBA Draft.

The loss of their three best players from the previous season saw their ratings plummet, coming in at 30th for offensive rating and 26th for defensive rating. Their against the spread record of 31-33-1 was just 24th in the league. After being one of the highest scoring outfits in the league, the Warriors’ record in totals betting was the second worst in the league, sitting at 30-34-1.

Baze back in The Bay 🍿 pic.twitter.com/EY0U6sBL54

The Golden State Warriors entered the 2020 NBA Draft with picks 2, 48 and 51. With the 2nd pick they selected Memphis center James Wiseman. They then selected Nico Mannion, a guard out of Arizona with the 48th pick and Boise State guard Justinian Jessup with pick 51.

After news broke of Klay Thompson tearing his achilles, the Warriors traded a future first round pick to the Oklahoma City Thunder in exchange for Kelly Oubre Jr.

What was supposed to be the comeback season for the Warriors, quickly derailed with news of Klay Thompson tearing his achilles in a workout.

With Klay expected to make a full recovery from his torn ACL that kept him out of the 2019-20 season and Steph Curry back to full health after missing 60 of a possible 65 games, the Warriors had their identity back.

In the days after the news hit, Golden State has actually done a very nice job of ensuring that they will be competing in the West once again.

Kelly Oubre Jr. is coming off a career year for the Phoenix Suns, where he averaged almost 19 points in 34.5 minutes per contest, both career highs. While he isn’t the lights out shooter that Thompson is, Oubre Jr. will be able to slot in nicely to play a similar role.

Bazemore and Wanamaker are both solid guards that can hit shots, facilitate and play defense, providing depth to a team that greatly needs it.

That is all without mentioning that the Warriors had the second pick in the 2020 draft and selected James Wiseman, filling a desperate need at center. Wiseman will be able to set screens, role perfectly and be a big presence for the Warriors who has always had to fill a gap at the position.

After all, the Warriors still have two time MVP Stephen Curry on their side and he is third favorite to win the award again with +600 odds. Curry is such an incredible player that even without Thompson, this Golden State team will be able to compete.

Will the Golden State Warriors Make the Playoffs?

It is extremely hard to say that a team that only won 15 games last season will make the playoffs. Especially if they will be missing their second best player again, and are relying on players to contribute that are either in the early years of their careers or have never contributed to contending teams.

With that being said, can you bet against Steph Curry, Draymond Green and Steve Kerr to not get one of the eight spots in the West?

The Warriors will sneak into one of the bottom seeds in the West, just, but could potentially cause some problems in an opening round series. Don’t expect too much from this team however.

January 15: @ Phoenix Suns: Curry v Paul, Two teams who missed the playoffs and expect to be there

With a record of 15-50 last season and Thompson being out again, the Warriors are far from inspiring to bet on. Their current regular season wins line is exactly 39 games, seventh highest in the West (Houston’s line was suspended at time of publishing).

With a short training camp, relatively new roster, a rookie expecting to start and Steph Curry turning 33 during the season, the under is a more appealing bet.

With odds of +2500 and +1400 for the NBA Title and Western Conference respectively, there is so much unknown surrounding this Warriors team. Will Steph be able to do it without Klay? Our vote is no, steer clear of these odds.

One bet that is nice is Steph Curry MVP at +600. With Klay out, Curry will have to carry the load for this Warriors team to be any good. If he can average close to 30 points per game on efficient shooting numbers while Golden State gets a playoff spot, Curry could get some votes for the storyline of the comeback season.