Where will the Philadelphia Phillies finish in the upcoming MLB season? Read on below to see our expert MLB predictions! 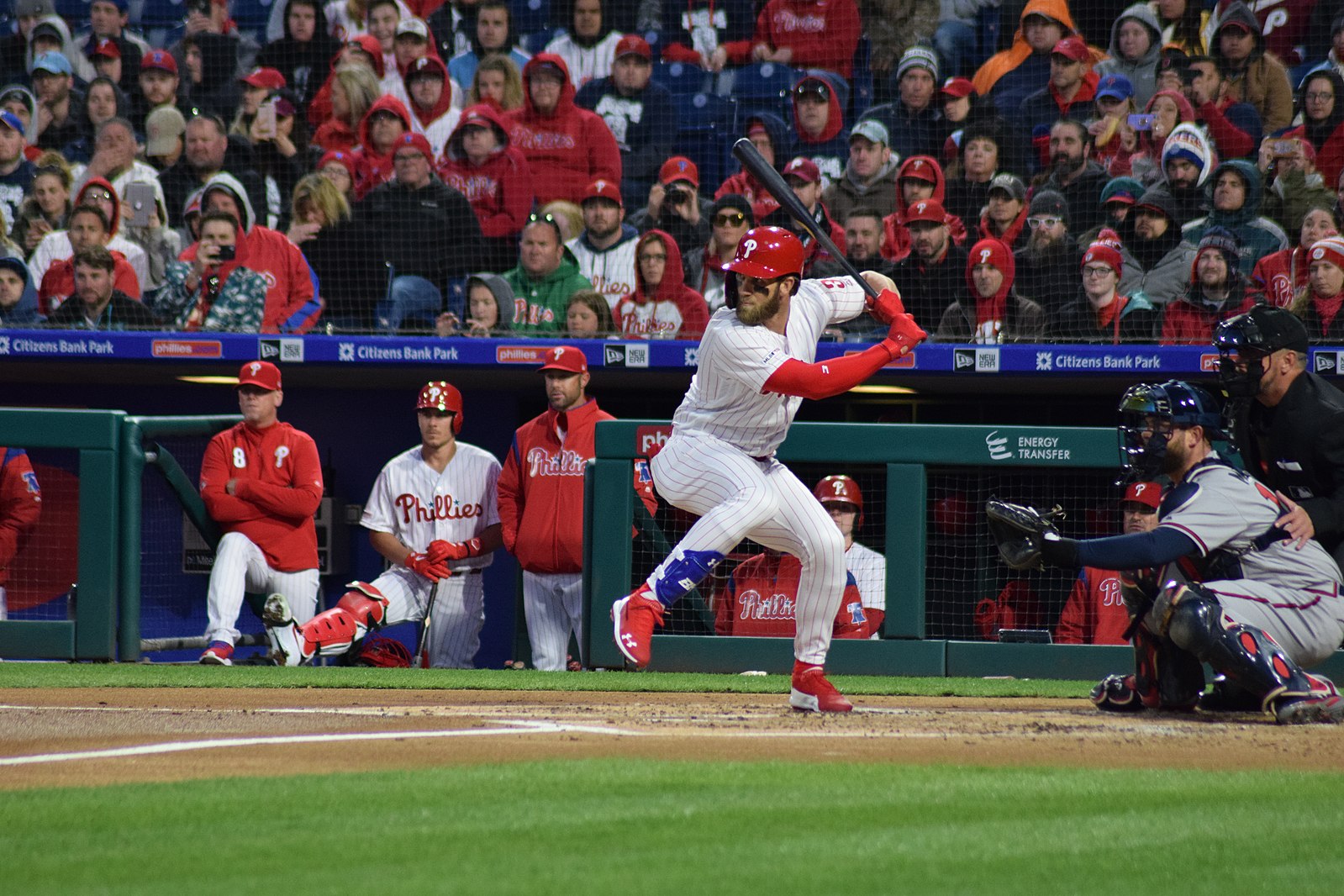 The Philadelphia Phillies have some substantial issues on their roster. While the team has one of the best outfielders in the game, there also exists worry about how well the rest of the offense isn’t clicking.

There are many other problems surrounding the Phils that keep them down in our MLB predictions for 2021. The team saw too many talented players depart this past season, and 2021 will be a year when the team attempts to reload their roster.

Bryce Harper remains one of the best players in the game, although his .268 performance was off from his usual. But he still had thirteen home runs and eight stolen bases in that abbreviated campaign. Expect him to continue to be the team’s offensive anchor.

Alec Bohm had a .338 average in his best season yet, and Rafael Marchan showed he could be the catcher of the future following J.T. Realmuto’s departure. But the rest of the Phillies’ offense hasn’t shown much of note. Rhys Hoskins and Andrew McCutchen struggled to get beyond .250, and Jean Segura was also light on the plate in 2020.

Realmuto, Didi Gregorius, Jay Bruce, and Phil Gosselin are all leaving the team. The club will be bare for the most part, as they will focus on some of their less-experienced players to fill in those spots.

How the Pitching Works

Aaron Nola, Zack Wheeler, and Zach Eflin will lead the pitching rotation this season. Nola had almost a hundred strikeouts in 71 innings last season. Wheeler also saw improved control at the plate with a 2.92 ERA. Vince Velasquez and Spencer Howard will complete the rest of the rotation.

Closer Hector Neris will need to regain his control this season. Neris had a 4.57 ERA last season, often giving up multi-base hits at the worst times. He didn’t get much help from his bullpen last season, and the departures of Tommy Hunter and Blake Parker likely won’t make things better.

Where Will the Phillies Finish in Their Division?

The Philadelphia Phillies have plenty of troubles to note this season. We predict they will finish in fourth place in the NL East this season. The Phillies will require extra help in managing an offense that can work around Bryce Harper.

The team won’t have much help on offense this year due to the team’s substantial departures. The fact that the National League likely won’t have the designated hitter rule this season won’t help.

The Phillies are also in a division where most of the other teams are getting better. The Atlanta Braves and Washington Nationals remain firm contenders, and the New York Mets are in the middle of a sea change that could make them into real challengers very soon.

Will the Phillies Make the Playoffs?

It would be tough for the Philadelphia Phillies to reach the playoffs in 2021. But we wouldn’t say the Phils are going to start rebuilding either. The team will instead look at how their current roster is working and see which players are the right ones for the future.