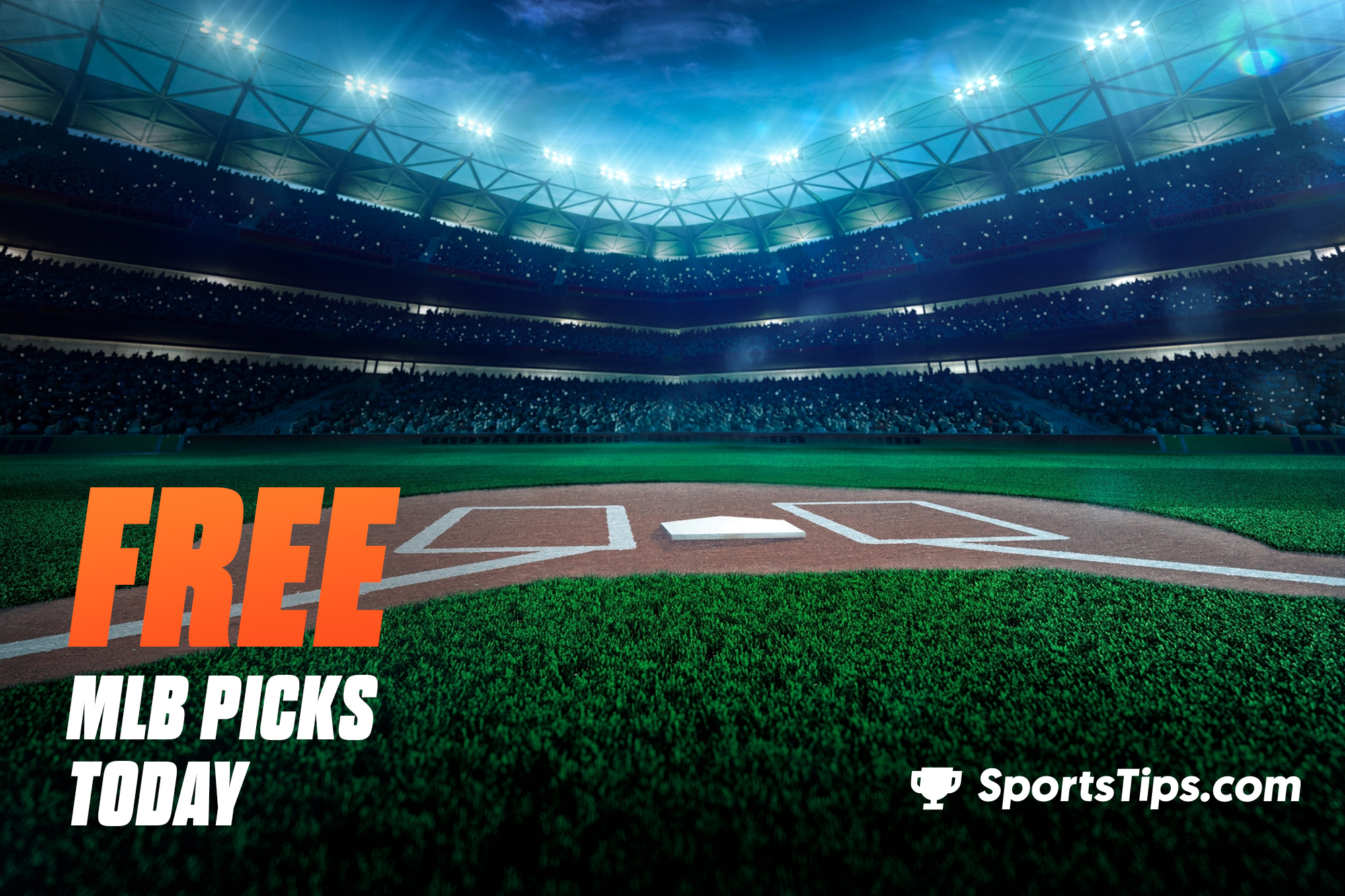 Get ready for an insane 17 GAME Tuesday of MLB action! All 30 teams will take the field today, while the Dodgers & Cubs and Giants & Rockies prepare for a double headers!

May the fourth be with you!

A pair of NL East rivals will face off on Tuesday night when the Atlanta Braves head to Washington to take on the Nationals in the first match of their three games series.

The Nationals will enter this game on top of the NL East division, currently two games clear of the fourth placed Braves. Washington will also enter this clash with a four game active winning streak behind them after recently wrapping up a three game sweep against Miami with a 3-1 victory on Sunday.

Although they are currently the 15th ranked team in the league when looking at ERA (3.98), the Nationals have allowed just six runs in their recent four game winning streak, outscoring their opponents 20-6 in that time.

Contrastingly, the Braves will enter this encounter having recently been swept by the Blue Jays, resulting in Atlanta having an active four game losing streak. The Braves were outscored 12-26 in their recent set against Toronto.

Atlanta will be sending Huascar Ynoa to the mound on Tuesday. Ynoa threw 5.1 scoreless innings against the Cubs in his last outing, leading the Braves to a 10-0 victory. Ynoa has an impressive 2.96 ERA and 0.91 WHIP in 27.1 innings of work this year.

Joe Ross will take the ball for Washington for the fifth time this year on Tuesday, looking to carry over the form from his last outing. Ross hold the Mets to just one run in six innings in a 7-1 win. Other than one start that saw him give up 10 runs, Ross has been in great form this year, although his 4.64 ERA is misleading due to that performance.

Although the Braves have been maddeningly inconsistent this season, we like Huascar Ynoa to continue his strong form with the ball and lead Atlanta to a win in the first game of what has the potential of being a breakout series for the Braves.

Two of the biggest franchises in not only the American League but all of baseball will face off this Tuesday when the Astros head to New York to take on the Yankees.

Based on their on-field performances it would be fair to presume that the Astros have recovered from their bout with COVID-19, returning to an above .500 record after five wins from their seven games last week.

Although they lost in their last outing, Houston are coming into this game fresh off a pair of series victories, having recently defeated Seattle and Tampa Bay. The Astros let 3-0 and 4-3 leads slip away in Sunday’s defeat, as Yordan Alvarez (two runs, RBI), Kyle Tucker (one run) and Myles Straw (one run, RBI) each had two hits in the contest against the Rays.

As for the Yankees they recently won their fifth game from six outings on Sunday, completing a three game sweep over the Tigers with a 2-0 victory.

Gio Urshela and Aaron Hicks both scored in the win, however Corey Kluber’s performance at the mound set up the victory. Kluber allowed just two hits in eight scoreless innings with the ball on Sunday and collected 10 strikeouts.

Domingo German will look to continue New York’s good form at the mound on Tuesday, taking the ball for his fifth start of the year with a 4.05 ERA and 1.30 WHIP over 20 innings of work this season. While Zack Greinke gets his seventh start of the season, entering Tuesday’s clash with a 3.44 ERA and 1.145 WHIP in 36.2 innings.

Although the Yankees have been impressive over the past week and have returned to a .500 record, we prefer Zack Greinke to Domingo German in the pitching matchup. Especially when considering that we haven’t seen enough from New York’s offense to suggest that they are capable of outsourcing a talented Astros lineup who have scored the equal fourth most runs in the league

Following their series opener on Monday, the Brewers and Phillies will face off in game two of their four match set in Philadelphia on Tuesday night.

Philadelphia drew first blood on Monday, winning the encounter 4-3. J.T Realmuto recorded one run, one hit and two RBIs from his four at bats on Monday. While Vince Velasquez got the W with the ball, allowing four hits and just one earned run in his six innings at the mound.

As for the Brewers, their lineup won the hit count 7-6, however they failed to convert that advantage into scores. Lorenzo Cain passed home plate twice for Milwaukee but it wasn’t enough to get them over the line.

Adrian Houser was solid in his six innings with the ball for the Brewers, allowing four hits and just two earned runs.

Eric Lauer is expected to make his second start of the season for Milwaukee, after the 2016 first-rounder from Kent State threw five innings against the Dodgers on Thursday and allowed four hits and no runs against the reigning champions. As for the Phillies, ace pitcher Aaron Nola will be taking the ball, currently boasting 3.11 ERA and 0.96 WHIP from his 37.2 innings at the mound this season.

Although Nola is a more established and proven performer at the mound, we don’t like the Phillies at -178  to win this game against a Brewers team that is off to a great start this season. Especially when considering that Lauer is coming off a shutout five innings against the reigning World Series champions. Milwaukee as the underdogs in this one.

The 8-21 Detroit Tigers are headed to Fenway Park to take on the 17-12 Boston Red Sox on Tuesday, in a match between the worst and best records in the American League.

After a six game stint on the road, the Red Sox will return home on Tuesday having lost their most recent game against the Rangers 3-5. The loss resulted in a 3-1 series victory for Texas.

Thanks to three hits from Xander Bogaerts (two runs, RBI), including his fifth homer of the year and a pair of hits from Alex Verdugo, Boston led 3-1 after six and a half innings on Sunday. However, Garrett Whitlock (1) and Adam Ottavino (2) allowed three hits, three earned runs and two walks in their combined 1.2 inning at the mound, handing the game to Texas.

As for Detroit, they will enter this game with an active four game losing streak behind them, having recently been swept by the Yankees in New York.

The Tigers were held scoreless in two of their three losses to the Yankees last week, bringing their tally of shutout losses this season to six. New York outscored Detroit 18-4 in the three game set.

With Nick Pivetta expected to take the ball for Boston on Tuesday, things could be going from bad to worse for Detroit, as Pivetta comes into the encounter with a 3-0 record, 2.81 ERA, 1.247 WHIP, 17 walks and 25 strikeouts over 25.2 innings of work on the year. Pivetta’s inclusion gives the Red Sox an advantage at the mound over Tigers starter Michael Fulmer.

Seeing as Detroit are scoring the fewest runs per game in the entire league and hitting at a MLB low .195 team batting average, Nick Pivetta should be able to continue his strong start to the season on Tuesday. As well as that, Boston’s lineup ranks fourth in the league for runs scored (138) and second for team batting average (.261), and they should be able to put this game out of reach for struggling Tigers.

The Rays and the Angels will conclude our Tuesday schedule of MLB games with the second match of their four game series in Los Angeles.

Tampa Bay recorded a four run win on the road in Monday’s series opener. Manuel Margot recorded a run, two hits and three RBIs in the victory, while Tyler Glasnow recorded his fifth win of the season with the ball. Glasnow recorded eighth strikeouts in six innings at the mound, while allowing three earned runs on four hits in the win.

As for the Angels, Shohei Ohtani was the standout performer with the bat, recording a run, two hits and two RBIs in the loss. However, Joe Quintana allowing six hits and five earned runs in 3.2 innings with the ball proved to be the difference in the match.

The Rays will send Shane McClanahan to the mound for his second career start on Tuesday, following his five hit, two earned run four innings debut last Thursday. Alex Cobb will take the ball for Los Angeles, currently boasting a 7.16 ERA through 16.1 innings of work this season.

Cobb has been less than impressive when at the mound this season, however as have the entire Angels pitching staff. Los Angeles currently holds the third worst run differential in the American League, while also ranking 26th in team ERA with a 4.96 average.

With a lack of faith in their bullpen, we can’t see the Angles containing the Rays on Tuesday. Especially when considering that we like what we’ve seen from Shane McClanahan.