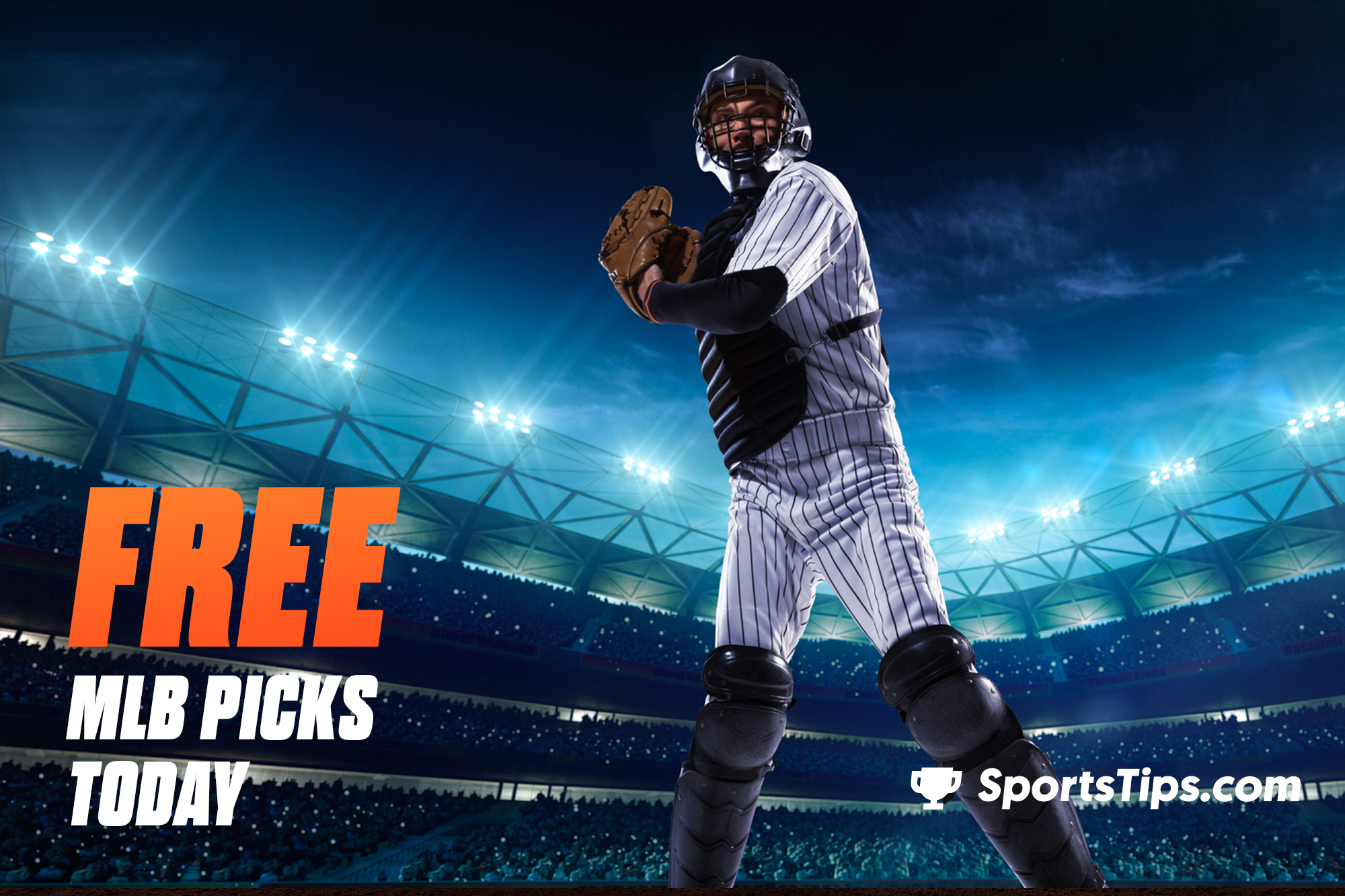 With 16 scheduled games on this jam packed Tuesday night in the MLB, each of the 30 teams will be in action this evening, while the Twins and A’s duke it out in a double header!

The Cleveland Indians will host the Chicago White Sox on Tuesday night, for the first of two games between these two AL Central rivals.

Chicago bookended their four game set against the Red Sox in Boston with a pair of losses to split the series 2-2. This was the White sox second consecutive 2-2 series result having halved their previous set against Cleveland in Chicago.

In their most recent game, Chicago suffered a 11-4 loss to Boston, as Lucas Giolito allowed eight hits and seven earned runs in his sole inning (first) at the mound. Carlos Rodon will take the ball for his third start of the season on Tuesday, fresh off tossing the 20th no-hitter in franchise history against the Indians last week.

Carlos Rodon throws the second no-hitter in MLB within the last week 🤯 pic.twitter.com/uw0h5E8yLH

Also with eight wins this year, Cleveland are sitting in second place in the AL Central, leading the White Sox, who have two more losses.

The Indians snapped a two game losing streak thanks to a 6-3 victory over the Cincinnati Reds on Sunday, that saw Shane Bieber set an MLB record in the win.

Bieber became the first pitcher since 1893 to record 10+ strikeouts in each of his first four regular season starts, striking out 13 Reds in eight innings.

Given that Carlos Rodon is coming into this encounter fresh off a 14 innings scoreless streak to start the year, including a no-hitter in his last start, we like the White Sox to get back on the winners list in this matchup. Especially when considering Zach Pelsac will be taking the mound for Cleveland, who comes into Tuesday’s clash with a 1-2 overall record and a 5.27 ERA in 2021.

Having had their last three games postponed due to a COVID-19 outbreak, the Minnesota Twins will look to reignite their season against the in-form A’s in Oakland.

Minnesota had lost six of their last seven games before having several players test positive for COVID-19.  After losing the first three games of their series against the Red Sox, Minnesota snapped Boston’s nine game winning streak on Thursday with a 4-3 victory, however the Twins then lost their most recent game against the Angels 10-3.

The Twins will have the opportunity to make up ground quickly, scheduled to play a doubleheader on Tuesday.

However, making up ground may be difficult when coming up against Oakland, as the A’s are currently riding an eight game winning streak, including two victories against the Astros, a two game sweep at Arizona and a four game sweep against Detroit.

Oakland won their most recent game against Detroit 3-2 on Monday, after homering in the eighth inning to tie the game, and Matt Olson scoring from second base on a fielding error to give the A’s the 3-2 victory.

Oakland were the only team in the entire league to not lose a game in Week 2 of the 2021 MLB season, making them almost impossible to pick against in this encounter. As well as the A’s form, Minnesota have lost six of their past seven games and their roster has been ravaged by COVID-19.

The Atlanta Braves are headed to New York to take on the struggling Yankees in the first game of their two match series on Tuesday night.

New York will enter this matchup desperately looking to snap a five game losing streak, having most recently lost to Tampa Bay 2-4 in New York on Sunday, completing a three game series sweep for the Rays.

The Yankees scored a combined seven runs in the set against Tampa Bay, and have failed to score 5+ in a game since April 11.

Contrastingly, Atlanta have been one of the most prolific offenses in the league this season,  having scored the fourth most runs in the MLB so far this year. Ronald Acuna Jr has been a dominant force in the Braves lineup, currently boasting the second best batting average in the league (.419), most home runs in the league (7), equal second most RBIs (16) and most hits (26).

There’s on fire and then there’s Ronald Acuña Jr. pic.twitter.com/z45XYp8tPP

The Braves won their most recent game 14-3, despite Acuna leaving Sunday’s game with an abdominal strain. Atlanta does bat deep, but if Acuna is out for an extended period of time, Atlanta will struggle.

Whether Acuna plays or not, he will definitely not be 100% fit coming into this encounter. Given that the Yankees are at home and coming up against Charlie Morton, we like the talented New York batting group to discover some form in 2021 on Tuesday and snap their five game losing streak in the process. Morton allowed four runs in the third inning against Miami in his last start.

The Chicago Cubs will host the New York Mets at Wrigley Field this Tuesday night for the first game of their three match series.

Since starting the season with a 3-1 record, the Cubs have slipped to 6-9 after losing each of their past four series. Chicago’s offense finally showed some promise in their recent 13-4 victory over Atlanta, however the Cubs followed that up with a 4-13 loss the next day.

The following day Anthony Rizzo scored another two runs against Atlanta, however Kyle Hendricks allowed seven hits and seven earned runs in four innings at the mound during the nine run loss.

As for the Mets, they come into Tuesday night’s game having won five of their past six games, including a three-game sweep against Philadelphia, which has resulted in a 7-4 record that puts New York on top of the NL East standings.

Prior to Sunday’s encounter, Marcus Stroman (0.90 ERA) and Jacob deGrom (0.45 ERA) led the Mets to the fourth best ERA in the league, 2,93. While on Sunday, Stroman allowed three hits and just one earned run in eight innings at the  mound, to lead New York to a 2-1 victory over the Rockies.

Other than Saturday’s 13 run performance against Atlanta, the Cubs batting lineup has been poor so far this season. When coming up against Taijuan Walker on Tuesday, we can’t see Chicago reigniting their season offensively, as Walker has allowed just three runs in his last 10.1 innings.

The Houston Astros are headed to Colorado for a two game series against the Rockies, with both sides needing a win early in the 2021 season.

Houston played without four members of their starting lineup last week, including José Altuve and Alex Bregman, after a COVID-19 sidelined several players. As a result, the Astros were on the wrong side of a three game sweep against the Tigers and a 2-1 series loss against the Mariners, which turned their 6-1 record into a 7-8 start to the season.

Jake Odorizzi threw in 4.1 innings against the Mariners on Sunday, collecting seven strikeouts. However Odorizzi also allowed three hits and four earned runs in the 7-2 loss.

Lance McCullers Jr will be taking the ball for the Astros on Tuesday, currently with a 5.27 ERA, a 1.244 WHIP, nine walks and 16 strikeouts over 13.2 innings of work this year.

Much like Houston, Colorado have struggled so far this season. However, the Rockies do not have COVID-19 to blame for their poor form. Colorado managed just one run and four hits as a team in their most recent outing against the Mets, resulting in a 2-1 loss.

Trevor Story scored the lone run and collected two of the four hits on Sunday, however Story is currently on an active 27 game home run dry-spell dating back to last season.

Seeing as McCullers Jr has struggled at the mound for Houston this year and we don’t know how much of the Astros COVID-19 affected personnel will be returning, we think Colorado will get a rare win on Tuesday against am undermanned Astros dugout.