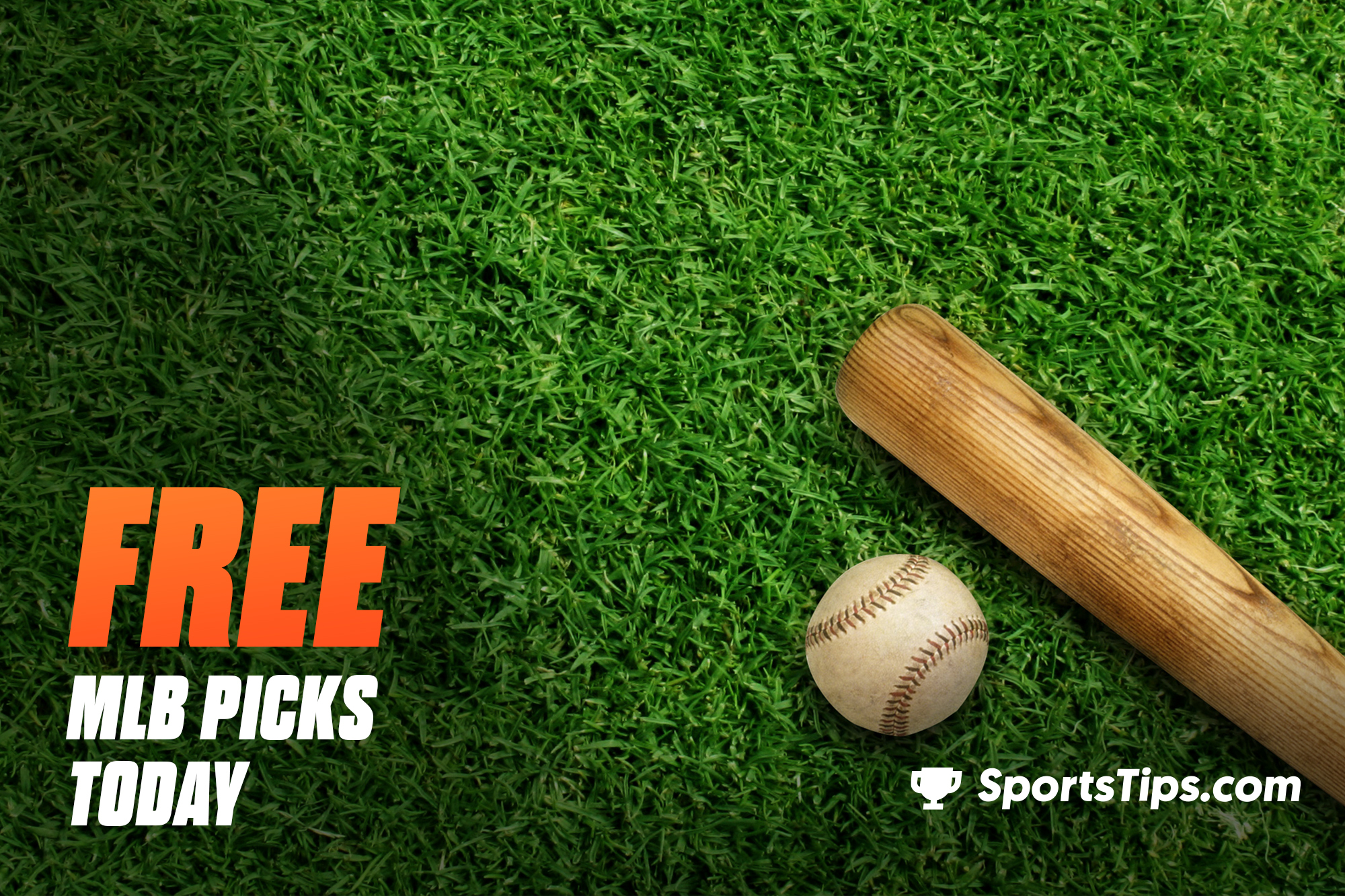 As a snow storm is cooling down the east coast, our daily picks are continuing heating up! 16 teams take the field tonight for another busy Thursday of Major League Baseball action!

Having split their Wednesday double header with a 1-1 record, the Detroit Tigers will host the Pittsburgh Pirates in the final match of their three game set on Thursday afternoon.

The Pirates won the opening match of the double head 3-2, thanks to runs from Adam Frazier, Phillip Evans and Bryan Reynolds, as well as a strong pitching performance that only saw Detroit record three hits in the seven innings game.

However, the Tigers responded in the second encounter on Wednesday, snapping their five game losing streak with a 5-2 victory.

Niko Goodrum matched the Pirates off his own bat, recording two runs, a hit and a walk from his two at bats. While Spencer Turnbull pitched in five of the seven innings, allowing two hits and just one earned run to go along with his six strikeouts.

Prior to Wednesday’s double header the Pirates (29th) and Tigers (30th) were the last ranked pitching teams in the league, allowing 4.92 and 5.15 ERA’s respectively. The two sides also rank amongst the bottom 10 teams in baseball when looking at runs scored, having collected 65 and 55 runs respectively, prior to the double header.

Although they got the last laugh in their most recent encounter, Detroit are the lesser team in this matchup when looking at overall record and statistical output. The Pirates showed on Wednesday that they are capable of defeating the Tigers on the road, and we think they will do so again on Thursday, securing a 2-1 series win in Detroit.

Following Cleveland’s Wednesday night game against the White Sox being postponed due to snow showers, the Indians will remain at home and hope for better weather on Thursday when they host the Yankees.

As their last scheduled clash was postponed, Cleveland’s most recent game was a 5-8 loss to the Chicago White Sox on Tuesday. Zach Plesac allowed seven hits, six earned runs and recorded just four strikeouts in his five innings at the mound, against Chicago which was ultimately the performance that cost the Indians on Tuesday.

Although he was scheduled to return to the mound on Wednesday, Aaron Civale will now be taking the ball on Thursday evening against a struggling Yankees lineup. Civale has a 3-0 record so far this season, with a 2.18 ERA, 0.73 WHIP and 16 strikeouts in 20.2 innings at the mound this year.

Speaking of New York’s struggling lineup, they did not find any form in their most recent encounter against Atlanta, suffering a 1-4 loss at Yankee Stadium on Wednesday night.

With a measly 3-7 record in their past 10 games, the Yankees have scored just 29 runs in that period of time, only managing to surpass the four run mark on one occasion.

With the in-form Aaron Civale coming up against the struggling Yankees lineup (who are a bottom five team in runs scored and team batting average) in Cleveland, we like the 8-8 Indians to improve to an above .500 record with a confident win at home against New York’s out of form batting group.

Two of the top teams in the American League will kick off their three game set in Boston, when the Red Sox host the Seattle Mariners on Thursday night.

With seven wins from their past 10 games, Seattle are looking like the real deal in 2021, having recently split their two game home series against the Dodgers at one game apiece.

The Mariners won the opening game 4-3, however failed to secure a two game sweep over the reigning World Series champions, going down 0-1 on Tuesday.

Seattle’s bullpen was successful against LA on Tuesday, with Marcos Gonzalez recording six strikeouts, while allowing just one earned run from two hits from seven innings at the mound. Casey Sadler and Keynan Middleton were both scoreless in their one inning with the ball, however the Mariners batting lineup managed zero runs and just one hit from their nine innings with the bat.

Similarly, Boston dropped the final game of their two match set against the Blue Jays 3-6, giving them a 1-1 record from their two games against Toronto.

After the Blue Jays got off to a 4-0 start in just two innings on Wednesday, Martinez, Bogaerts and Gonzalez scored the next three runs of the match for Boston, which left the Red Sox trailing 3-4 at the top of the ninth. However Toronto scored twice in the ninth inning, essentially securing the 6-3 victory.

Boston’s bullpen let them down against Toronto, making Nick Pivetta’s inclusion for Thursday’s clash all the more important. Pivetta has allowed just six runs and 13 hits from his 14.2 innings at the mound this year.

Although Seattle have won eight of their past 11 games, the inclusion of an experienced pitcher in Pivetta should see Boston win this clash at home. The Red Sox are the No. 1 ranked batting team in the league and will be capable of chasing down any total that the Mariners score with Pivetta leading Boston’s rotation.

The Angels and Astros will kick off their four game set in Houston on Thursday night, both looking to return to the winners list after losses in their last outing.

After having the finals two games of their set against Minnesota cancelled due to the Twins COVID-19 outbreak, Los Angeles returned to the field for their series against the struggling Rangers.

Although they were at home and had the better overall record this season, the Angels lost the series 1-2 after losing their most recent game 4-7 on Wednesday.

Thanks to an eight strikeout, two hit, one earned run performance from Jose Quinmtana’s five innings at the mound on Wednesday, Los Angeles were leading 3-1 at the bottom of the seventh inning. However, Texas piled on four runs in the eighth and two runs in the ninth to steal the lead and the game.

As for the Astros, they will be returning to Houston with just one win from their last 10 games, as their roster continues to recover from a COVID-19 outbreak. The Astros recently dropped their past two games against the Rockies in Colorado, going down 6-2 on Tuesday and 6-3 on Wednesday.

Led by Mike Trout, Jared Walsh and Shohei Ohtani, the Angels are hitting at the second best team batting average in the league (.266), while also being a top 10 team for runs scored. Trout is batting at .393 this year (fifth best in the league) and has six homers to his name this season (equal second most in the league), while Walsh (.327) and Ohtani (.310) are also batting at above .300.

Given their lineup’s success this season, we like the above .500 Angles to return to the winners list as underdogs on Thursday, especially when coming up against a COVID-19 riddled Astros dugout.

Only one week after their three game series in San Diego, the two top sides in the National League will face off on Thursday night, when the Dodgers and Padres kick off their second set of games in 2021.

After taking a 2-1 series victory over the Padres in San Diego, the Dodgers split their recent two game set against the Mariners in Seattle, losing Monday’s game 3-4 and winning Tuesday’s game 1-0.

A.J Pollock scored the lone run for Los Angeles on Tuesday, however the Dodgers pitching rotation was the key to their most recent victory.

Julio Urias collected 11 strikeout and allowed just one hit in seven scoreless innings at the mound, while Victor Gonzalez and Kenley Jansen combined for three strikeouts and zero hits in the final two innings.

The Padres on the other hand have slipped to a 10-10, .500 record after being swept by the Brewers in San Diego. Admittedly the Padres have had one of the toughest fixtures in the league since starting the season 9-5, taking on the Dodgers, Brewers and now the Dodgers again.

San Diego only managed to score three runs in their recent set against Milwaukee and were outscored 13-3 in that time.

Seeing as the Padres have won just three of their past 10 games (including a 1-2 record against the Dodgers San Diego), we can’t see them upsetting this dominant Dodgers dugout at home on Thursday.

Los Angeles are 8-2 in their past 10 and have recently shown that they are capable of not only defeating but dominating a spiralling San Diego team, who were swept by the Brewers at home in their most recent series.