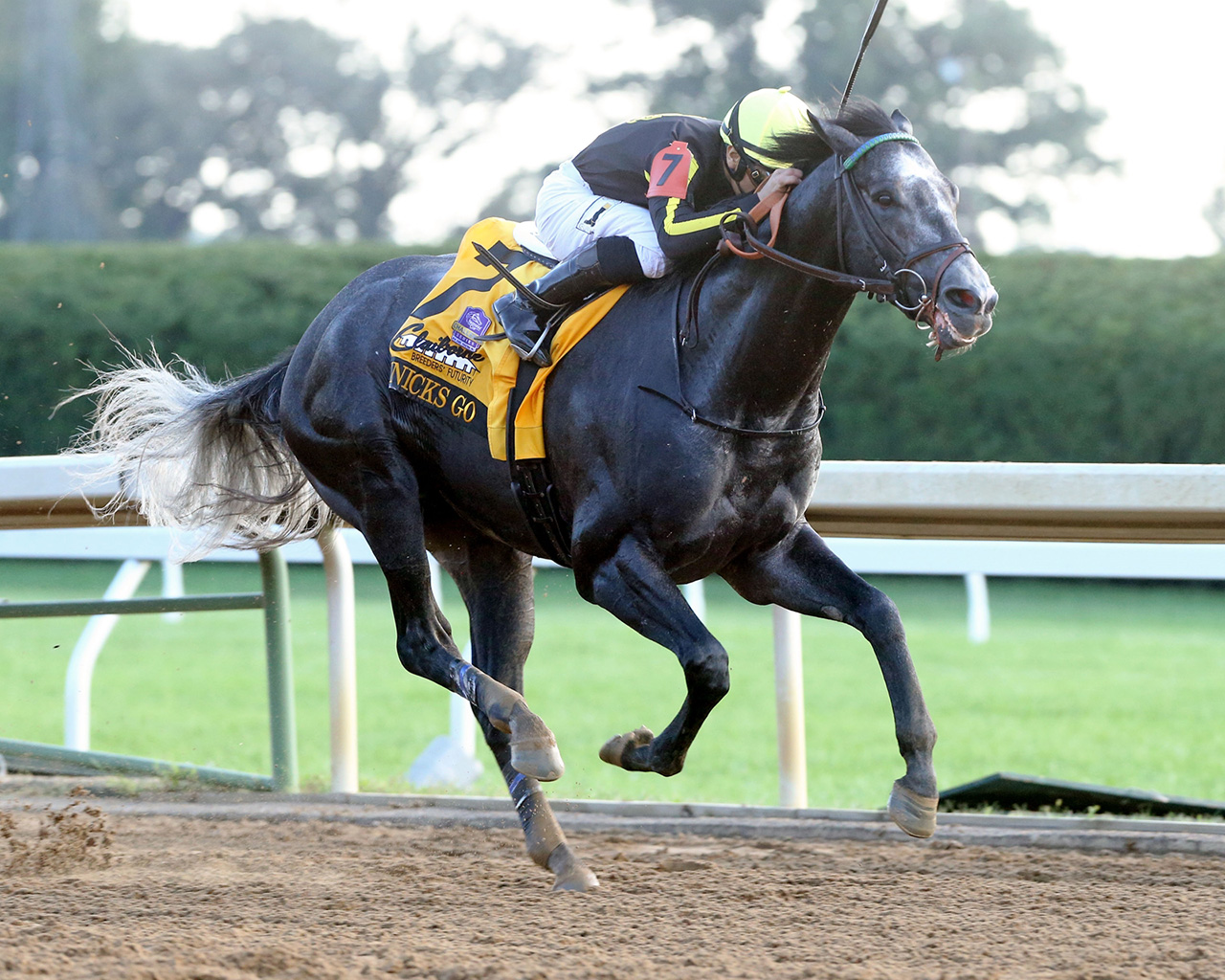 Gulfstream Park will host the fifth annual Pegasus World Cup Invitational Stakes this Saturday, kicking off the new year of marquee horse racing in the United States. The Group 1, 1 1⁄8 miles race will feature 12 veteran horses competing for the US $3 million prize pool.

Having won his last three races by a combined 21 1⁄4 lengths, Knicks Go will enter the 2021 Pegasus World Cup Invitational Stakes as the +147 favorite to win in his first start at Gulfstream Park.

Despite his recent dominance, Knicks Go has never raced at 1 1⁄8 miles before and in 2019 the then three year old did have trouble finishing races after holding an early lead. However, having won his last three one mile long races by such great margins, Knicks Go is the deserved favourite going into his debut appearance at the Pegasus World Cup in Florida.

The five year old will be ridden by jockey Joel Rosario who won at Gulfstream Park in 2014, when the race was known as the Donn Handicap. Rosario has also finished third in two of the last five runnings of the Pegasus World Cup.

After underachieving early in 2020, this weekend’s race will be just his second start since Spring of last year. However, Tax finished 2020 on a high with a 4 ½ length win at the Harlan Holiday Stakes at Gulfstream Park in December. The win resulted in Tax recording a career-best 115 equibase speed figure.

As was evident in his December victory as well as his win at the Jim Dandy Stakes in 2019, Tax likes to lead from start to finish and control the pace of the race, foreshadowing the possibility of an exciting battle for front position with Pegasus favorite and renowned front runner, Knicks Go.

Tax will be ridden by jockey Luis Saez, who has a great record at the Pegasus Cup having finished second last year on Mr Freeze and third in 2017 on Gunnevera. Tax is too inconsistent to be backed as the favorite in such a competitive race, however if he can deliver his best ride at Gulfstream Park this weekend, he is capable of winning it all.

After a dominant 2019 season that saw him take out multiple Group 1 races, Code of Honor lost his last four fast-track starts in 2020.

However, already with a win at the Fountain of Youth (Group 1) and a third in the Florida Derby (Group 1) which were both held at Gulfstream Park, Code of Honor can not be discounted as a chance to win the Pegasus World Cup Invitational Stakes.

In his last race, Code of Honor finished second at the Clark Stakes in November of last year. Despite a below par 2020 by his high standards, Code of Honor has the experience and capabilities to kick home late if the horses favored above him burnout down the straight.

If he can discover his 2019 form, Code of Honor has the potential to run away with another Group 1 victory at Gulfstream Park this weekend.

Meet #PegasusWorldCup Dirt contender Code of Honor, a force to be reckoned with. Get to know The Silver Spoon and watch him live on @nbc on Saturday, January 23 at 4:30PM ET. #ContenderSpotlight pic.twitter.com/pS2IGMzBUV

Take a look at the full field for the 2021 Pegasus World Cup:

*Odds correct at time of publication, courtesy of Bet365.

Are you interested in finding out more on the latest information on horse racing? Then make sure you visit our horse racing page we’ve got all the details you need!