The race for the Heisman Trophy is heating up with a new favorite leading the race. 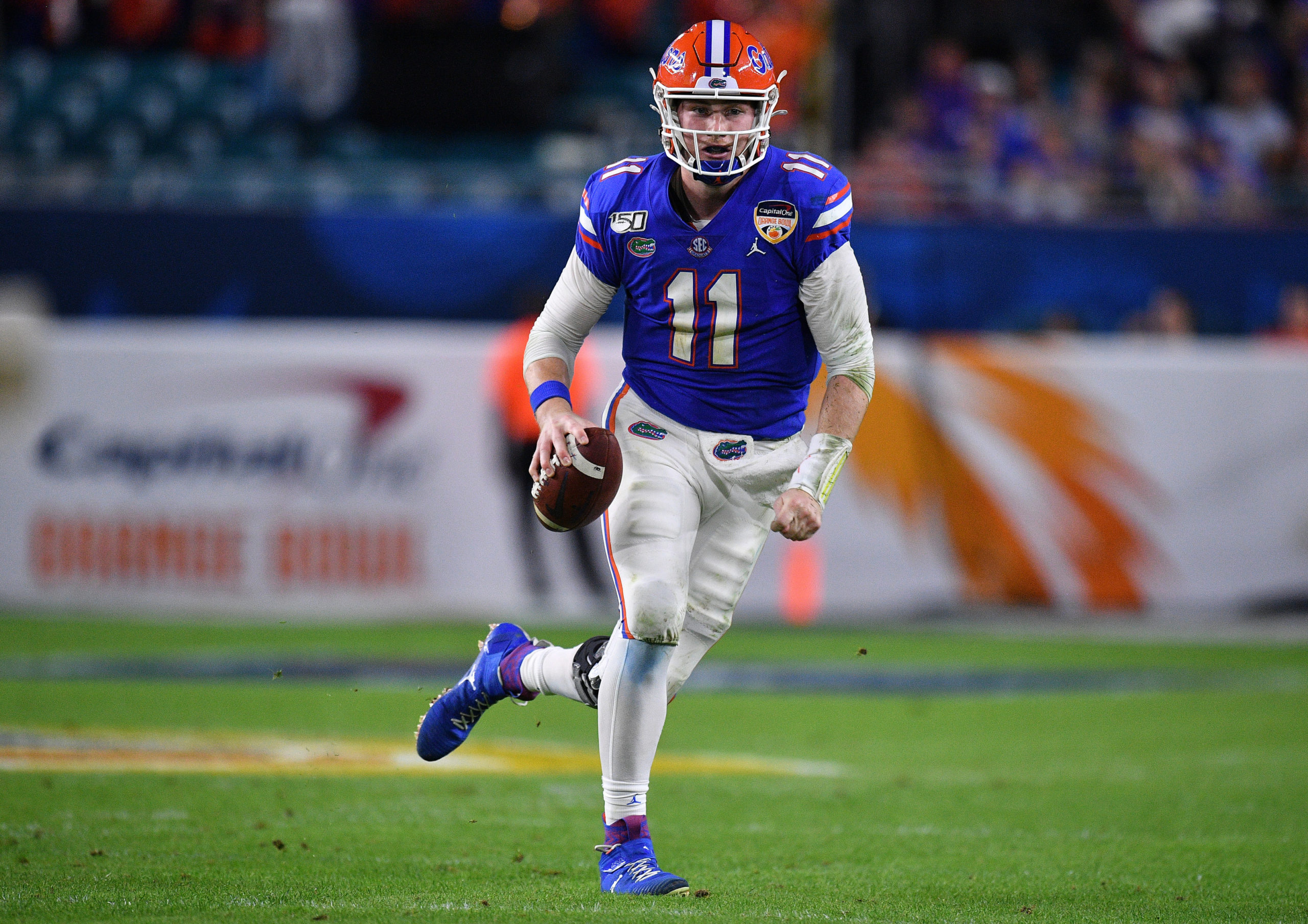 For the 17th time it looks like a quarterback will win the Heisman Trophy, as there have been some movers in the top 5 Heisman Trophy market watch.

There is a new favorite in town, as Kyle Trask has overtaken Justin Fields, to become the favorite for the Heisman Trophy, and why not considering the performance Trask put in.

When you throw six touchdown passes in one game (and the fifth time he threw four touchdowns or more), people and the market will finally take you seriously and that is what’s happening to Trask who was the fourth favorite last week.

On top of throwing six touchdowns against Arkansas Razorbacks in his sides 63-35 win, he also completed 23 passes from 29 attempts handing him 79.3 % passing completion percentage (his most this season), while also throwing 356 yards.

Kyle Trask keeps his 🎩 in the ring for Heisman 🐊 pic.twitter.com/gSEzrdQLtw

While Jones’s Crimson Tide didn’t play at all last week due to their game being postponed against LSU Tigers due to COVID-19.

Jones hasn’t moved one spot in terms of the overall position he is in. The only thing that has changed for him is his odds, last week he was valued at +163 and this week he is valued at +238.

Jones though does have the magic touch as he has thrown 16 touchdowns, for only two interceptions while he has a completion percentage of 78.5 %.

Mac Jones leads the SEC with a 210.32 quarterback rating. pic.twitter.com/px49jeEydc

While Lawrence hasn’t played in the last two Clemson Tigers games as he was tested positive for COVID-19, he is still one to watch this season as he has thrown 17 touchdowns so far this season including a four-game streak which saw him throw three or more touchdowns. He has also thrown 1,833 yards this season.

Lawrence should be back this week against Florida State.

Unfortunately for Fields’s Ohio State Buckeyes, the game against Maryland was canceled last weekend, which means he is already playing catch-up considering he has only played three games this season.

But when Fields his playing he is a game-changer as in his past two games he has thrown a combined nine touchdowns (five in his most recent showing against the Rutgers Scarlet Knights and four against Penn State Nittany Lions), in total he has thrown 11 touchdowns this season and has completed 72 passes from 83 attempts (in all three games) for a total passing completion percentage of 86.7 % and has even thrown 908 yards this season.

Wilson is a newcomer and has overtaken Ian Book as the fifth favorite for the Heisman Trophy.  In his last four games, he has thrown three or more touchdown passes to make his claim for the fifth spot.

In his last showing against Boise State Broncos, he threw three touchdown passes, completed 22 from 28 attempts which handed him a completion percentage of 78.6% and threw 360 yards in his sides 51-17 win.

So far this season Wilson has thrown 22 touchdowns, 2,512 yards, completed 166 passes from 221 attempts to hand him a total passing completion percentage of 75.1 %.