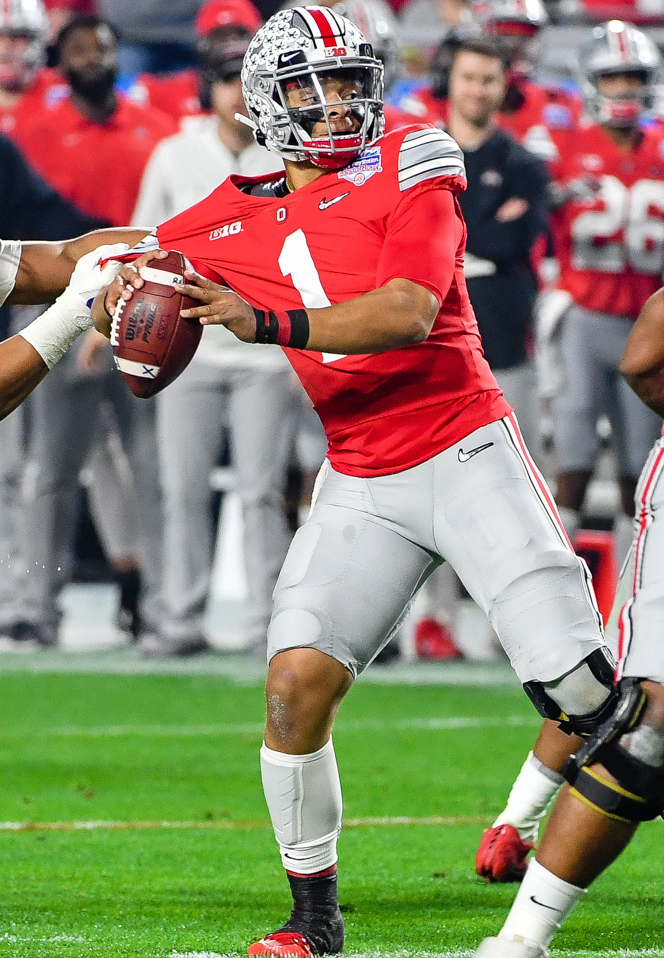 With the first set of College Football Playoff rankings set to be released on Tuesday, the four-team race to compete for the greatest prize in college football is about to escalate for the final four weeks of the 2020 season.

Here are the top three contenders for the 2020/21 NCAA National Championship:

The Crimson Tide’s odds to win the National Football Championship have shortened further, as a result of their 60-point win over Kentucky this weekend. After a 7-3 opening quarter, Alabama scored 56 unanswered points in their blowout victory.

Jase McClellan (99 yards and a touchdown) and Najee Harris (83 yards and two touchdowns) were instrumental in the victory, as Alabama’s ability to run the football was on full display, accumulating 226 rushing yards and five touchdowns on the ground. The Crimson Tide are in frighteningly good form, piling on 104 points in their past two games, while only allowing three points to their opponents. The deserved favourites to win it all.

The Tigers are still waiting for their chance at redemption after their 47-40 loss to Notre Dame earlier this month. Following their bye in Week 11, Clemson had their Week 12 fixture against Florida State postponed after the teams’ medical personnel failed to mutually agree on moving forward with the game. Despite not playing a game over the past two weekends, the Tigers will return with a stronger and healthier roster as they look to continue their path to the National Championship.

The Buckeyes survived a late Hoosiers comeback to hold onto a seven point victory. Despite two early interceptions from Justin Fields, Ohio State led 35-7 during the third quarter before allowing Indiana to 28 second half points, holding onto a 42-35 victory. Fields’ performance may have cost him a chance at the Heisman trophy, throwing for 300 yards, two touchdowns and three interceptions. Running back Master Teague was the difference in the game, rushing for 169 yards and two touchdowns, as the Buckeyes remain undefeated in the 2020 season.

It’s the first time in @OhioStateFB history where they had a 300-yard passer, 150-yard rusher and 150-yard WR in a game 👏 pic.twitter.com/hZDwThSZeK