Have a look the top four teams to claim the college football championship. 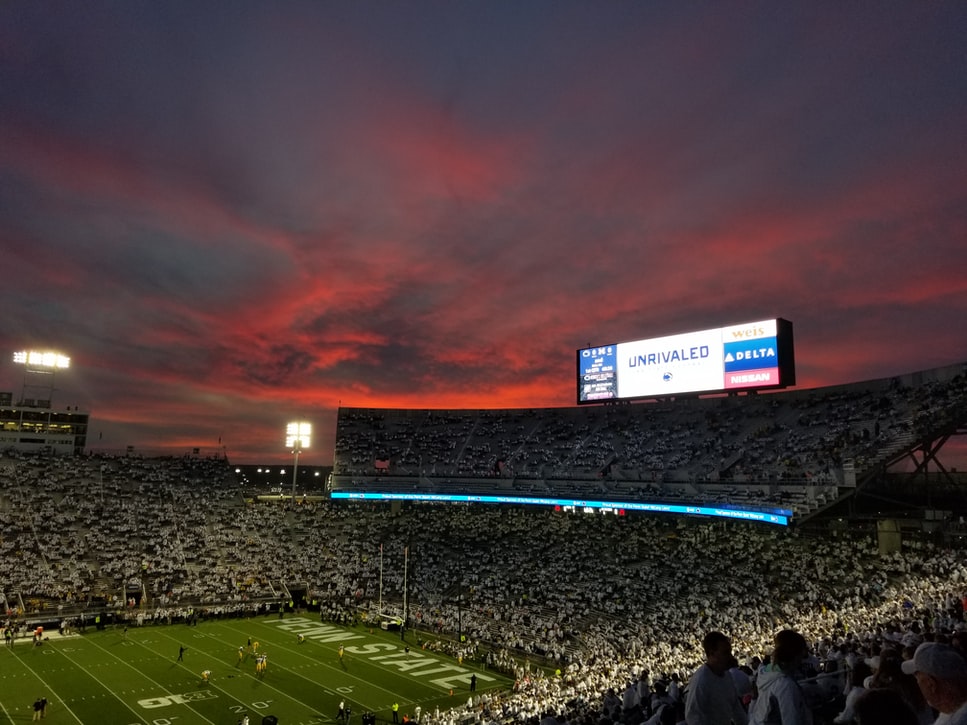 It is no wonder that the Clemson Tigers are marked as outright favorites to claim the college football championship again, especially when they are the holders of the mantle.

The Tigers have made a perfect start as they aim to go back-to-back as they are currently undefeated in four matches sitting on top of the Atlantic Coast Conference with a perfect 4-0 record.

The Tigers also look the team to beat as they have a mean offense boosting the likes of quarterback Trevor Lawrence who many believe will be in the top three picks in the NFL draft, running back Travis Etienne, and wide receiver Amari Rodgers who all make the Tigers a real threat this season.

So far the Tigers have scored a total of 169 points, averaging 42.3 points per game, and have scored 22 touchdowns. This is also highlighted by the work that Lawrence has put in as he has already thrown 1,140 passing yards. Etienne has been solid too with 392 rushing yards, Rodgers has 268 receiving yards to his name and linebacker Baylon Spector has been a rock in defense already claiming 25 tackles.

While they haven’t stepped foot on the football field just yet the Buckeyes are highly ranked to claim the college football championship being the second favorites behind Clemson Tigers.

There is much to like about the Buckeyes who are eying to claim their first national title since 2014. If last season is anything to go by then Ohio State fans are in for a real treat.

Last season they only lost one game when they were defeated by the Clemson Tigers, however, they finished the season with a 13-1 (they were 9-0 in their conference) record and made the playoffs. They also made the Fiesta Bowl which happened to be their only loss for the season.

After a year under his belt, many have tipped quarterback Justin Fields to take the next step in Ohio State colors as he could be the one to watch out for this season. He threw 3,273 yards last season, he was only one of many players that stepped up last year as wide receiver Chris Olave made 849 receiving yards, linebacker Malik Harrison made 75 tackles, and running back J.K. Dobbins made 2,003 rushing yards.

Last season the Buckeyes scored 656 points, 46.9 of them coming from total points per game, while they also had 88 touchdowns. However, they only completed 271 passes from 406 attempts.

The Alabama Crimson Tide Football team are third favorites or you could even say equal second favorites to clinch the college football championship only behind the Tigers considering they have the same odds as Ohio State. Alabama has made a perfect start to their new season, as they have won their opening three fixtures and sitting on top of the Southeastern conference west division.

There is plenty to like about the side as they have already scored 153 points and have only conceded 91. Their high scoring gameplay could go down to the likes of quarterback Mac Jones who has already thrown 1,101 passing yards, while wide receiver Jaylen Waddle has made 396 receiving yards, and running back Najee Harris has made 347 rushing yards. Despite letting in 91 points, Dylan Moses has been a rock for the defense as the linebacker has made 27 tackles for the year so far.

Georgia is the fourth favorite to claim the college football championship, but if they keep their momentum up they may even move up the ranks. The Bulldogs have been in emphatic form as they are undefeated in three matches defeating Arkansas Razorbacks 37-10, Auburn Tigers 27-6, and Tennessee Volunteers 44-21, as they look to claim back-to-back Sugar Bowls.

While quarterback Stetson Bennett hasn’t thrown up the same amount of passing yards as those mentioned above, however, there is no denying that he is a valuable asset to the Bulldogs hopes this season throwing 689 yards in three games.

Meanwhile, another crucial cog in the Bulldogs lineup is running back Zamir White who has made 209 rushing yards off the back of 54 attempts. Wide receiver Kearis Jackson has claimed 300 receiving yards, while Monty Rice has made it hard to get past him as the linebacker has laid 18 tackles so far this season, to help the Bulldogs claim top spot in the SEC East division.